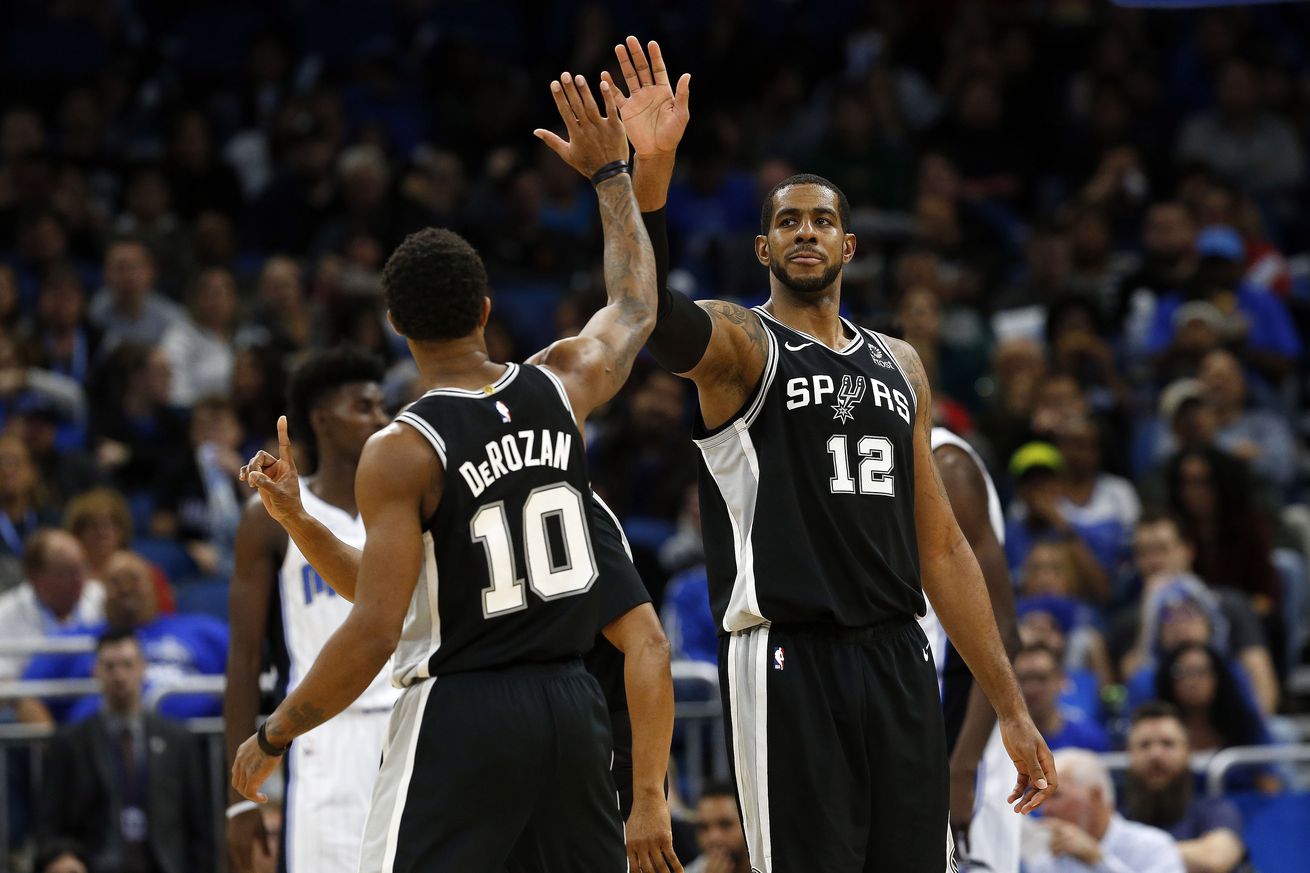 Have the Spurs actually clinched a playoff spot? According to our friends at 538.com, the answer is as close to yes as one can get without actually clinching mathematically.

As a reminder, 538 was founded by political pollster Nate Silver. Nate made his name by correctly predicting elections, primarily presidential elections in which 538 “electors”, not the voters, actually choose our president. In any event, 538 has since broadened their horizons into other worthwhile projects, including sports.

After Tuesday’s win over Dallas, in which the Spurs’ stellar defense on Luka Doncic’s free throws made the difference, and the ensuing results since, 538 now has the Spurs at >99% chance of making the playoffs. If you do the math, “greater than 99%” is pretty good. Actually, it is pretty good whether or not you actually do the math.

At this point, all but the most superstitious of Spurs fans are probably comfortable assuming that the playoffs are now a given, especially not that the 9th place Kings are in free-fall. Spurs fans are now hoping to wind up with a 6th or 7th seed to avoid another first round match-up with the Death Star Warriors (though the Warriors are much less Death Star-ian this season than in years past). The “good news” is that 538 predicts that the Spurs will wind up tied with the Clippers with identical 46-36 records. If things stay the way they are, that’s a good thing as the Spurs currently hold the tie-breaker over LA’s “other team” with a two-game lead in conference record.

The “bad news” is that 538 projects that the Spurs won’t hold onto 6th place which they are currently fluctuating in and out of with the Utah Jazz. Indeed, 538 has the Spurs finishing a full 3 games behind the Jazz, who 538 projects to come in at 49–33. For the final piece of the puzzle, 538 projects the Denver Nuggets to finish second in the West at 54–28, just ahead of the Rockets at 53–29.

So, if Spurs fans want to do something else for the rest of the regular season, rest assured that the Spurs: (1) are locked into the playoffs, (2) will likely finish seventh, and (3) could open the playoffs in Denver. Or you could just sit back, watch the games, and enjoy this unpredictable but oddly satisfying group of players continue to defy the odds, making Spurs haters groan about their refusal to just go away.

Other thoughts from 538’s predictions: