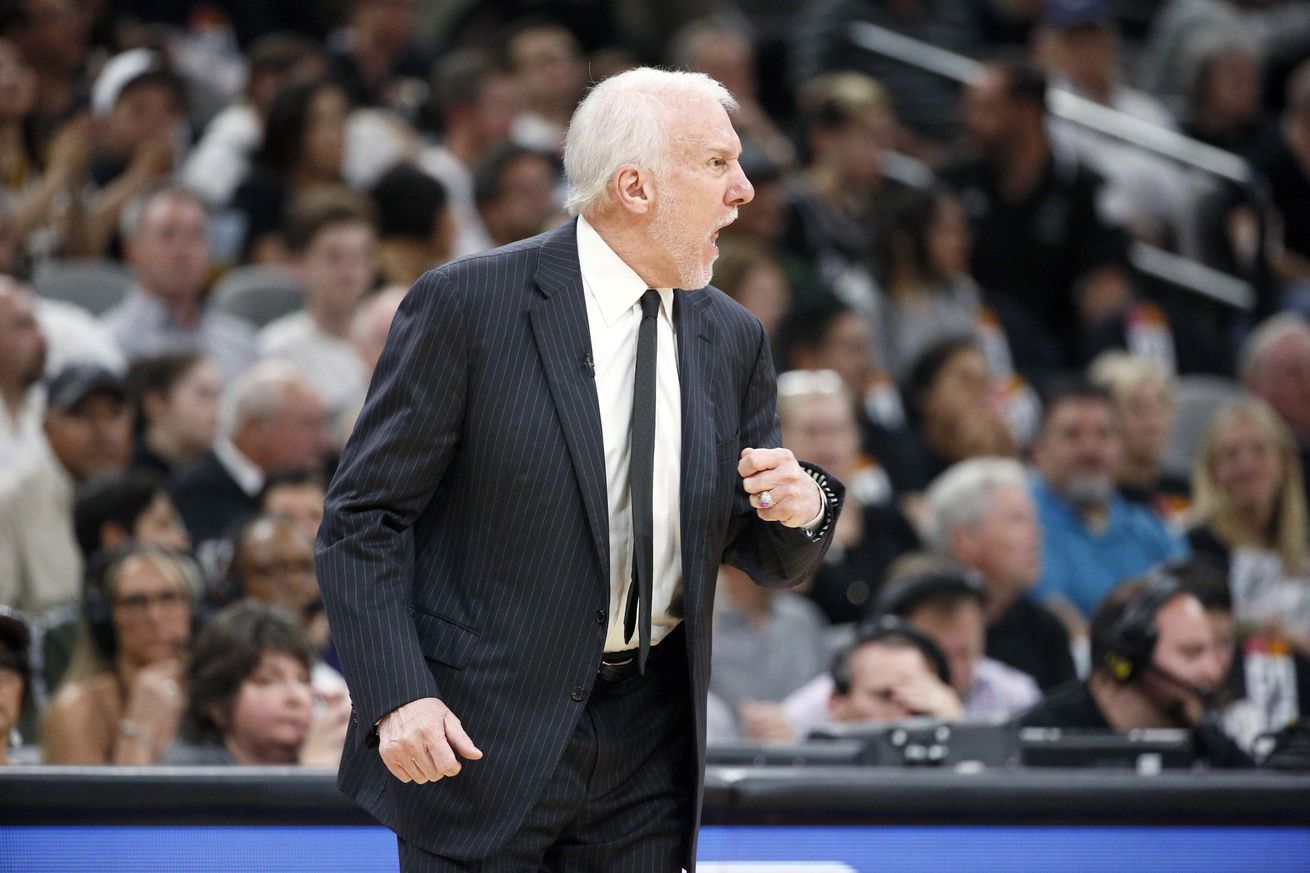 Will San Antonio break out of their slump or continue to slide?

The San Antonio Spurs have put the first ten games of their season in the rearview mirror, and the initial returns have been all over the place. Inconsistencies from game to game, half to half, and even quarter to quarter have led to a mediocre 5-5 record.

Fans came into the year with an abundance of questions about lineups and rotations. So far, we’ve been met with as many disappointments as surprises.

Dejounte Murray and Derrick White have been kept apart like bleach and vinegar, and marquee free-agent signing DeMarre Carroll has been handcuffed to the bench. As you’ve probably noticed by now, Marco Belinelli has continued to receive a curious amount of minutes despite alarmingly inefficient production.

As I said, it hasn’t all been terrible. Trey Lyles has bolstered the starting five with his floor spacing and nose for boards while Patty Mills’ white-hot World Cup shooting has carried over with him to the second unit. And despite some miscues here and there, DeMar DeRozan has been a quietly effective scorer.

The Silver and Black aren’t off to an ideal start, but there’s no point in dwelling on the past when you can’t change it. We’re roughly an eighth of the way through the season, San Antonio still has plenty of basketball left to play, and it’s time to look ahead at what the schedule has in store for the Spurs.

The Spurs had troubles on the road last season, and they haven’t been great home or away this year. Luckily, the Timberwolves have won just half of their games in Minnesota, none of them coming against legitimate contenders.

San Antonio owns the advantage in the depth and shooting department, but holding Karl-Anthony Towns and Andrew Wiggins off the scoreboard won’t be an easy task. The T-Wolves have the length and athleticism to bother our ball handlers, so taking care of the rock should be the top priority.

Orlando ranks dead last in the league in points per game and three-point percentage this season. A win here seems automatic, then again, so did a victory over the 2-7 Grizzlies a few nights ago.

Much like Minnesota, the Magic possess the rangy defenders to force the Spurs into a heavy helping of turnovers. They don’t commit many fouls, and they allow the second-fewest points per game in the NBA.

Nikola Vucevic, Evan Fournier, and Aaron Gordon have been abysmal to begin 2019-2020. San Antonio should look to keep it that way if they want to take care of business in the Sunshine State.

San Antonio looked lethargic with two days of rest, so I’m not confident they’ll be prepared for a back-to-back.

The Trailblazers are better than their 4-6 record implies, and Damian Lillard almost handed the Spurs an L at the buzzer in their last meeting. He’ll be hungry to kick Portland’s six-game road trip off on the right foot.

Luka Doncic has played like a top ten player this season, and the Mavericks offensive has thrived with the young superstar running the show. The Spurs won all four matchups with Mavs a year ago, but don’t expect this game to be a gimme.

Luka Doncic doing whatever he wants to the Celtics defense right now pic.twitter.com/6AB3Sqn3Ka

Doncic is a walking triple-double, and once Kristaps Porzingis finds his shooting stroke, it’s hard to imagine anyone this dynamic duo down. Dallas has the depth to equal the Spurs, but so far they haven’t performed.

This could be an absolute shootout between two teams who have yet to play very much defense. It could also be a blowout if the role players fail to make a meaningful appearance.

The Spurs met Washington earlier this season and barely escaped with a victory. Davis Bertans put on a shooting clinic from beyond the arc, and they would do well to remember the damage he did in his return to the AT&T Center.

B3RTANS was on in San Antonio.

San Antonio has already allowed several lower level teams outplay them, but hopefully, they’ve learned their lesson about underestimating their competition. Although anyone can win on any given night, the Silver and Black shouldn’t lose to this lottery bound sqaud.

San Antonio has faced three title contenders this season and taken three convincing losses. The 76ers will be their fourth serious challenge of the year, and a loss on the road kind of feels inevitable.

Philadelphia is home to a ridiculously loaded starting five that includes Ben Simmons, Josh Richardson, Tobias Harris, Al Horford, and Joel Embiid. I’m not saying it’ll take a miracle to make some noise in the City of Brotherly Love, but the Spurs better come ready to play.

While the Spurs may take a resounding loss to the Sixers, expect them to bounce back in a big way against the dumpster fire that is the Knicks.

New York is reportedly preparing to fire head coach David Fizdale just ten games into the season, and the Silver and Black are set for a date with the most dysfunctional team in the association.

San Antonio already took down Marcus Morris and crew in the season opener, and they’ll have the opportunity to make it 2-for-2 early in the year.

The Silver and Black lost a close one at home to the Lakers in the sixth game of the season. Anthony Davis and Dwight Howard obliterated them on the boards, and LeBron James added another triple-double to his growing MVP resume.

San Antonio nearly won despite only 22 combined points from LaMarcus Aldridge and DeMar DeRozan. If they show up like they’re supposed to, the Spurs might walk away with their first statement victory this year.

The only consistency the Spurs have shown is inconsistency. And for that reason alone, I have little faith in their ability to follow a huge triumph with a more reasonable win.

I know it’s a bit arbitrary, but it’s hard to know what to expect from a team that’s been so sporadic. Although I fully anticipate San Antonio taking a favorable home game with ease, I wouldn’t be all that surprised if they laid an egg.

San Antonio hung around with the Clippers until the closing moments of the fourth quarter last time these two teams met. While that’s an encouraging thought, this matchup will look very different from the one that took place this Halloween.

As if Kawhi Leonard, Montrezl Harrell, and Lou Williams weren’t tough enough to contain on their own, Los Angeles is gearing up to add another superstar to the mix. Paul George is set to make his season debut on Thursday against the New Orleans Pelicans, and that should give him plenty of time to get acclimated to his new surroundings.

The harsh reality is the Los Angeles Clippers are simply on another level than the Spurs and most of the league. A win is never impossible, but our guys are going to need more than a few things to fall their way.