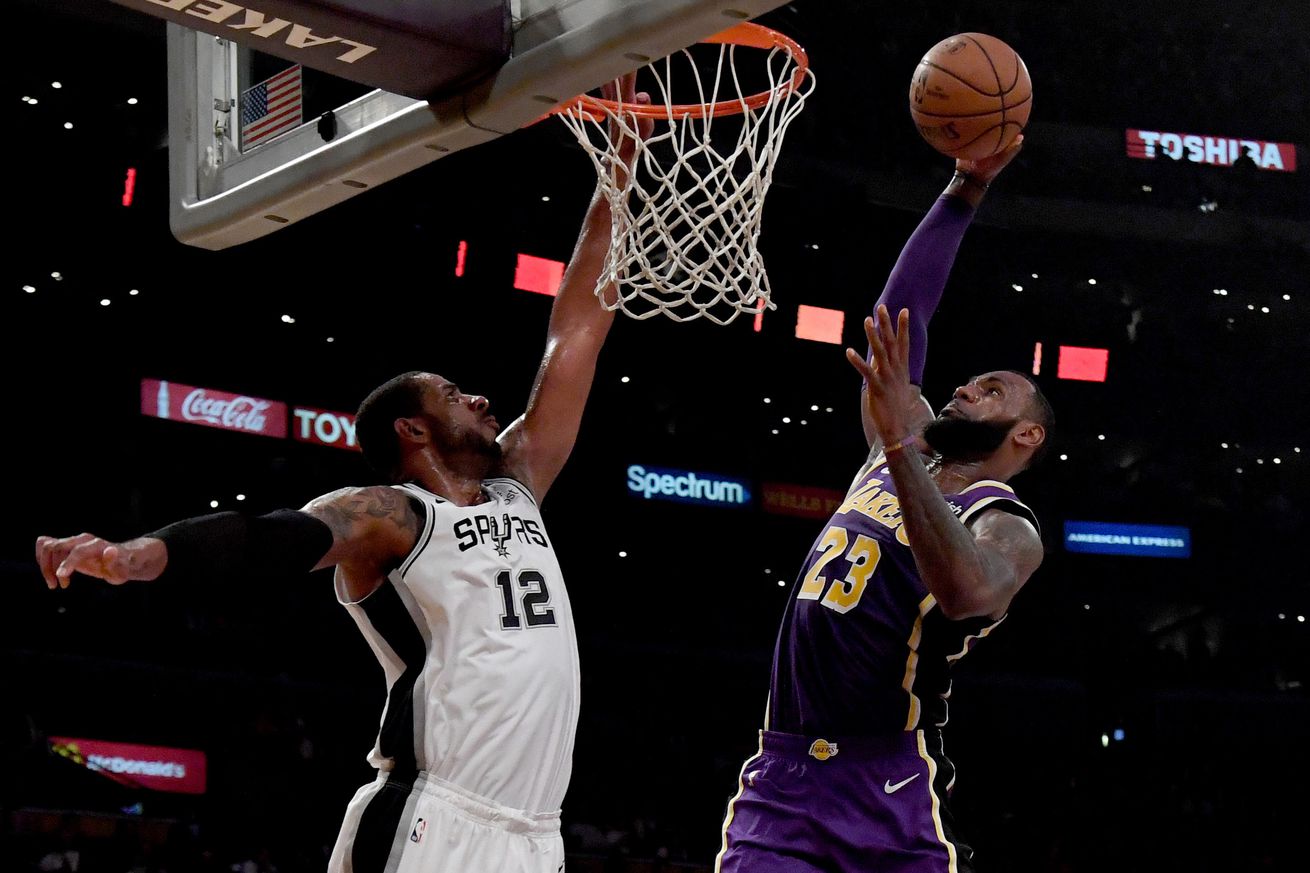 What will the Spurs record be after an eighth of the season?

ONE. MORE. WORKDAY. The agonizing wait for a new San Antonio Spurs season is nearly over. The atmosphere is buzzing with the feeling of optimism, and an 82-game journey lies ahead for the Silver and Black.

Plenty of questions surrounding players and lineups remain, but fans will have to wait for the year to unfold to get their answers. For now, what we know about the roster and rotations will have to suffice.

Dejounte Murray, Bryn Forbes, DeMar DeRozan, LaMarcus Aldridge, and Jakob Poeltl appear to be the probable starters for the season opener against the New York Knicks. Patty Mills, Derrick White, Marco Belinelli, and Rudy Gay are entrenched with the second-unit.

As for everyone else, guys could slide up and down positions based on need, and minutes could vary greatly depending on nightly performance. Keeping that in mind, let’s take a peek at what the Spurs record might look like after the first ten games.

The San Antonio Spurs are 20-2 in season openers with head coach Gregg Popovich at the helm, and the New York Knicks have been the laughing stock of the NBA for the past half-decade.

Pop always gets the troops ready for opening night, and several key Knicks are banged up. Between New York’s confusing roster configuration and an animated AT&T Center crowd, the Spurs couldn’t hope for a better matchup.

If you thought the Knicks were shorthanded, you haven’t seen the Wizards. Washington lost Tomáš Satoranský to free agency this summer, traded Kelly Oubre Jr. and Otto Porter Jr. for virtually nothing last season, and John Wall has been ruled out for all of 2019-2020.

The Wizards lack depth and talent, and they may be one of the worst teams in the league. Even if Bradley Beal lights up the Spurs, San Antonio should handle their business at home.

This isn’t the same Portland Trail Blazers team from a year ago, but don’t let that fool you into believing they’re not dangerous. Any lineup led by Damian Lillard and CJ McCollum is a force to be reckoned with.

Hassan Whiteside has replaced the injured Jusuf Nurkić, and Rodney Hood has assumed the starting duties for a departed Al-Farouq Aminu. This will be San Antonio’s first test of the season. Hopefully, some early momentum will keep them rolling.

The Silver and Black were horrific on the road last season, and their first game away from home won’t be an easy one. The Los Angeles Clippers gave Steph Curry and the Warriors a run for their money in the first round of the 2019 Playoffs, and they only got better this summer.

Reigning Finals MVP Kawhi Leonard has joined forces with Paul George to form a new powerhouse in LA, and many consider the Clippers to be a title favorite. The latter will be unavailable as he recovers from offseason shoulder surgery, but Los Angeles has the firepower to overcome his absence.

There seems to be a trend with the Spurs and facing battered opponents early in their schedule. Klay Thompson and Willie Cauley-Stein are out to start the season, Alec Burks and Marquese Chriss are day-to-day, and Kevin Durant has left for greener pastures.

Regardless, the Warriors and their dynamic duo of Steph Curry and D’Angelo Russell should keep San Antonio on their toes. Although the Spurs have defensive-minded guards to contain at least one of Golden State’s quick-trigger All-Stars, this has contest has the potential to get out of hand.

The Spurs already had the chance to face Los Angeles’ first superteam, and they’ll get their shot at the other when LeBron James comes to town.

The inexperienced Lakers didn’t live up to expectations last season, and they were promptly shipped away to New Orleans for Anthony Davis in the Blockbuster deal of the summer.

Los Angeles retooled this offseason, and the Silver and Black will be tasked with slowing down the newest rendition of the Showtime Lakers. Can they pull it off? Sure. Will they? I’m not so confident.

San Antonio has struggled against athletic teams in recent years, but that should be a thing of the past this season. Dejounte Murray is back in the rotation, and the Spurs have versatile defenders across the roster.

While Trae Young and John Collins are beginning to look like the new-age version of Steve Nash and Amar’e Stoudemire, the rest of their supporting cast isn’t up to snuff. The Atlanta Hawks have quite the collection of young talent, but they’re a few years away from being a few years away.

Life comes at you fast, especially if you’re the Thunder. Kevin Durant, James Harden, and Russell Westbrook were all under one roof seven years ago. Today, the trio of MVPs have been replaced by an aging Chris Paul and the oft-injured Danilo Gallinari.

Oklahoma City has the depth to be competitive each night out, but the days of CP3 superstardom are behind us. The Spurs don’t have much to worry about as long as Chris Paul and Steven Adams are the best players in the opposing lineup.

Beantown was a dysfunctional mess last season. Kyrie Irving fell short as a leader, Gordon Hayward’s return was less than smooth, and Brad Stevens had too many mouths to feed.

As a result, the Celtics cleaned house by allowing Marcus Morris, Al Horford, and Terry Rozier to walk in free agency. Minutes, shots, and touches have opened up for Jaylen Brown and Jayson Tatum, but the promise of a better year is far from guaranteed.

Though the Celtics young studs are undoubtedly talented, their bench is paper-thin. Aside from homecourt advantage, San Antonio’s ability to go ten men deep likely gives them the upper hand.

Much like the Atlanta Hawks, the Memphis Grizzlies are stacked with elite young prospects. Jaren Jackson Jr. and Ja Morant might be one of the most formidable pick-and-roll duos right off the bat, but it doesn’t matter when everything around you is in shambles.

Andre Iguodala is expected to sit until bought out or traded, Kyle Anderson is dealing with the repercussions of thoracic outlet decompression surgery, and Jae Crowder has become the defacto veteran leader. The Grizzlies aren’t in a circumstance conducive to winning, and this could shape up to be a massive blowout.