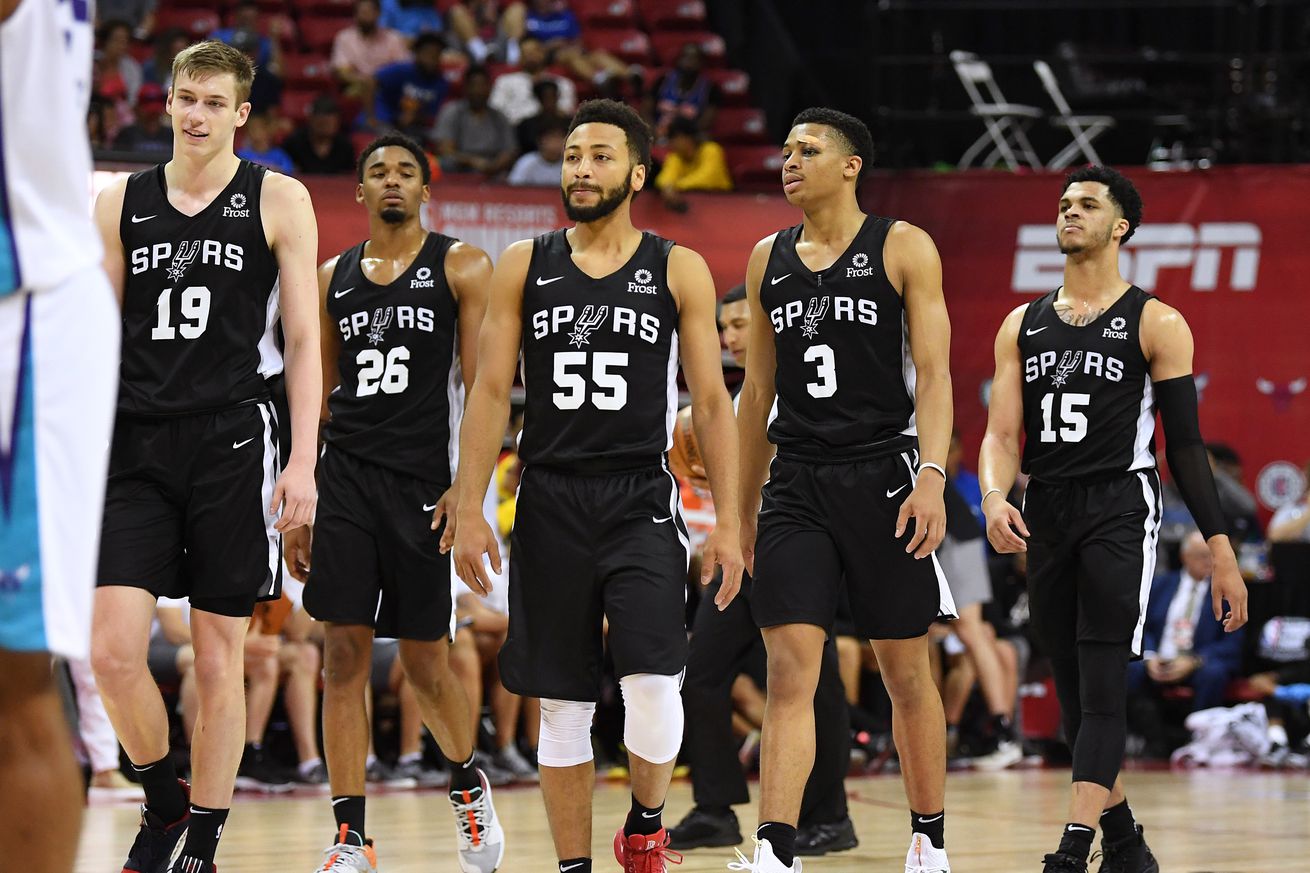 The G-League season begins on Friday. Here’s what to look for from San Antonio’s G-League team.

The start of the NBA G-League season is upon us, with the league’s 19th season kicking off on Friday, November 8. San Antonio’s G-League affiliate, the Austin Spurs, are taking part in that opening night slate, which means we will get a great look at the future rotation players honing their skills in preparation for the NBA.

San Antonio is known for having one of the best player development programs in the NBA, and a key part of that is their G-League affiliate. In the past, current Spurs Dejounte Murray, Bryn Forbes, Derrick White, Chimezie Metu, and Lonnie Walker IV have all seen time in Austin, as have a host of former Spurs who have gone on to have productive NBA careers.

The track record for developing talent in the G-League is high for San Antonio, giving us a reason to pay close attention to what the youngsters are getting up to in the state’s capital. But before you tune into an AUSTIN Spurs game, it’ll help to know the players on the roster.

Who is on the team?

Notable names on the roster include Keldon Johnson and Luka Samanic, San Antonio’s two 2019 first round draft picks, as well as Quinndary Weatherspoon and Drew Eubanks, the Spurs’ two-way players and the former whom the Spurs drafted in the second round this summer.

Johnson is a 6-foot-5, 220 lb wing who spent a year at Kentucky before getting selected by the Spurs with the 29th pick in the draft. Johnson brings solid shooting, on-ball defense, and straight line driving (attacking off closeouts, transition baskets, etc) in a frame ideal for a modern NBA wing. His focus in Austin will likely be improving his defensive reads and developing some semblance of creation and playmaking in the half court.

Anytime San Antonio drafts an international player, there is bound to be some intrigue, and Samanic is no different. He has shown the ability to score at all three levels and is no slouch of a defender either. Those flashes need to become consistent during his time in the G-League for the Croatian forward to move into an NBA rotation, but due to his age (only 19 years old) and baseline of improvement over just last season, Samanic provides hope as the next international diamond in the rough drafted by RC Buford.

Eubanks was a pretty under the radar name coming out of Oregon State despite his productivity in the PAC-12 which was mostly attributed to his athleticism. However, his physical profile and numbers were enough to get a two-way contract from San Antonio after going undrafted in 2018. Last season, he averaged 16.3 points, 7.8 rebounds, and 2.6 blocks with Austin and had promising shooting numbers, including almost 81% from the foul line. Additionally, he showed intriguing potential on defense, particularly guarding in space. In order to be anything more than a G-League starter, Eubanks needs to either extend his range to the 3-point line or make those positive defense showings consistent.

During his time at Mississippi State, Weatherspoon was a model of productivity scoring the basketball, averaging double-digit points in each of his four collegiate seasons on 48/37/79 shooting splits. Despite this efficiency, he did not have serious NBA draft stock due to his lack of playmaking chops, which as a point guard is obviously an important skill. However, a standout performance at the 2019 NBA Draft Combine made teams think twice about his potential role in the NBA. San Antonio is likely hoping he can turn into a Patty Mills/Bryn Forbes type of off guard who can provide floor spacing.

For those of you who watch college basketball regularly, a few names pop up that might jog your memory. Matt Farrell, a former Notre Dame guard who scored 1097 points for the Fighting Irish and was named to the All-ACC Third Team as a senior, was traded to Austin during the summer for Julian Washburn. Farrell will be joined by fellow ACC-er Kenny Williams, a three-year starter for North Carolina and a 2017 national champion with the Tar Heels, as well as Dedric Lawson (3rd Team All-American in 2019).

Local fans might remember Jonathan Holmes, a 6-foot-8 forward out of Antonian High School who played for the University of Texas from 2012 to 2015. Since finishing his college career, Holmes has bounced between the G-League and playing overseas.

A big change to the G-League is an experimental rule that will be implemented for at least this season. Instead of the classic two free throw rule, single free throws will be shot based on value. For example, if a player is fouled on a two point shot, his free throw will be worth two points. If someone is fouled while attempting a shot behind the three point line, the foul shot will count for three points if made. However, “normal” free throw methods will be in place in the final two minutes of regulation and overtime.

This rule was put in place as part of the effort to shorten time of play, but has been met with overwhelmingly negative responses, specifically from players in the NBA. It is not permanent, but will be assessed once again at the end of the G-League season.

The G-League has become an experimental space for the NBA in terms of the implementation of potential rules. Before its approval for the 2019-20 season, the coach’s challenge was first present in the G-League this past year before being implemented into the NBA this season.

Overall, this should be an exciting season for the Austin Spurs with plenty of reasons for San Antonio to tune in and see the potential talent of the future develop.