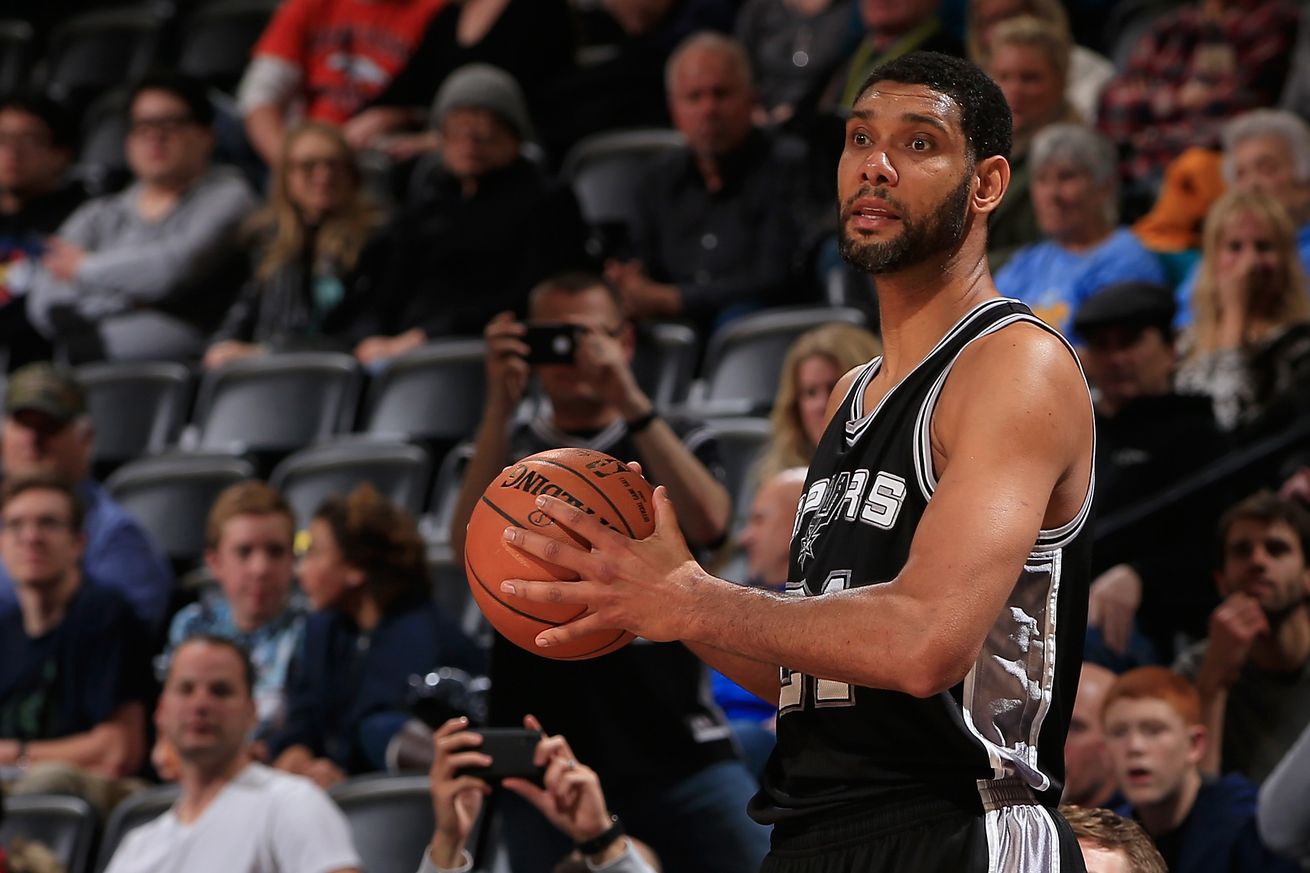 Lessons on leadership and living

I don’t believe in making people, especially professional athletes, into heroes to worship. But I do think it’s wise to pick out the best examples and learn from them. In his time with the Spurs, Tim Duncan has been one of those best of those examples. The person he chose to be in public, especially over the last years of his career, offered a unique and powerful model of effective leadership to everyone watching.

Lead from the shadows

In a profession dominated by alpha-male types, Tim Duncan showed me that a man doesn’t have to lead from the front. In ordinary games, when his teammates were being successful, he did the subtle things. He positioned himself to stop drives so that his teammates could pressure the ball and get in passing lanes. He boxed out so that others could get rebounds. He handled the routine defensive boards and inbounding the ball so his team could get up court. He set screens so that shooters could get open. He functioned as the trailer to reverse the ball and see the court. In other words, he did what great leaders do: invest their energy into the necessary tasks that others often overlook.

In an era when speed is glorified, Tim Duncan showed me it’s important to stay flexible and be patient. He never jumped too early in an attempt to block something before it happened; he kept his hands up and waited until he knew. He didn’t try to score before he had the ball. He checked out the defense and waited for the cutter. Then, if he dribbled, he took his first dribble to the middle because it created the most options. There was always time for a turn back to the baseline or a fadeaway bank shot, but a dribble to the middle keepsmore options open and gives a clear view of open teammates. So now I try to hold the metaphorical ball for a second and see the situation before I go to work. When I do go to work, I try head to the space that closes down the fewest options.

Tim Duncan showed me that even the greatest make mistakes and experience tragedy. His mother died. His marriage failed. He lost out on a few championships that seemed inevitable. He gave up a few game winning baskets. He missed clutch free throws. He even got frustrated once or twice. The lesson to me: no one, not even one of the most gifted and mentally tough athletes of all time, is immune to mistakes. Tim understood this, and it came out as humility, pragmatism, and a willingness to accept responsibility.

While the world emphasized going big or going home, Tim Duncan showed me that life is about putting in consistent effort. He understood that a season is made up of a series of games and a career is made up of a chain of seasons. Duncan knew that no single game, workout, dunk, block, or call wins a championship, and no single season makes a career. Success is about consistency. With that in mind, I try to improve over time, to manage my minutes, to conserve energy where I can, because I know that each day, week, year, and decade will bring its own challenges. To be successful, I need to perform well over a lifetime.

As our culture preached the virtues of staying young, Tim Duncan showed a way to adjust to aging. He lost weight to save his knees. He adjusted his game to fit younger players and a changing style of play: less post-ups, more picks. He took fewer jump shots. He switched positions. He cut his minutes. He passed more and shot less. He sat out games strategically. Yet he still found ways to score, to rebound, and to defend; he just made small adjustments to accommodate the changes in himself and the world around him. I hope to do the same as I age; I don’t want to hold on to some ideal of youth, and I don’t want to give in to age. I want to keep being useful. I want to keep being just a little more like Tim Duncan.