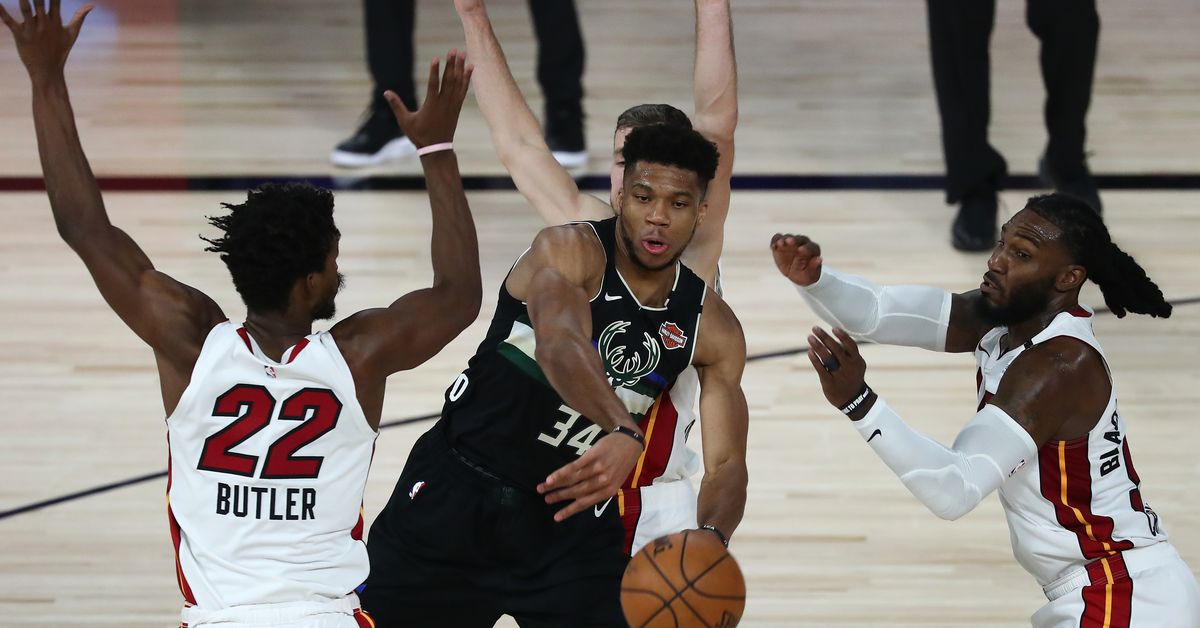 The playoffs are approaching their conclusion, with the true contenders advancing to the conference finals while the rest leave the bubble. We’ve seen clashes of style and different strategies prevail, as well as upsets and surprisingly good performances from underdogs.

Are there any lessons about it all that apply to San Antonio? What can the Spurs learn from these playoffs that could help them return to relevance?

Marilyn Dubinski: I don’t think this is as much a lesson as it is a reminder, but the old saying that defense wins championships is being reaffirmed once again, even in age where offense is king. The teams who are advancing are the ones with the weapons to defend at all three levels while maintaining enough offense to win. The last two seasons saw San Antonio’s defense drop off dramatically — which is no surprise considering the roster turnover — and as a result they haven’t had anything to fall back on and maintain leads (or avoid digging deeper holes) when the offense goes AWOL.

Their defense was better in the Bubble thanks to some line-up adjustments, and combined with their already solid offense, the difference was obvious. They never fell too far behind, actually maintained leads, and closed out games strong: all severe weaknesses from the last two seasons. The Spurs have more to do than simply return to being a top 10 defense to be elite again, but improving in that department should be a top priority going forward.

Mark Barrington: I think it shows that the Spurs were on the right track with how they played in the bubble. The teams that are advancing are good on defense, and versatile on offense. Gimmick offenses like what the Rockets run can be stymied by a well-prepared team with enough talent. Teams that are overly dependent on one player doing one thing well, for example, the Bucks with Giannis driving to the hoop, are going to have trouble in a seven-game series. There’s a strategy to counter that. [Warning: Stan Van Gundy cursing.]

But maybe the biggest lesson is that NBA success is dependent on talent. Four of the five remaining teams are led by a dominant superstar, although a lot of people were sleeping on Jimmy Butler before this year. The Nuggets are bucking the trend with their beautiful game clone, but the Clippers’ fun guy almost single-handedly put them on the brink of elimination. The Spurs need to find a franchise star in this year’s draft, and there aren’t too many of those available at the 11th pick. If there is one, I trust R.C. Buford and Brian Wright to find him.

Bruno Passos: The center position lives! Thank you, Lakers! Now the Spurs have the unassailable green light to grab a big with the 11th pick, which tracks with some reports that they’re targeting one anyway.

In all honesty, I’m not sure what takeaways a middling rebuilding team should glean from this postseason given their relatively long path to returning to contention. I think we saw a couple of teams in Milwaukee and Houston really push stylistic extremes to no avail—the Rockets in their commitment to small ball; the Bucks in the types of shots they gave up defensively; both incapable or unwilling to deviate from their formulas—but teams in the Spurs’ tier shouldn’t renounce either approach given they produced playoff teams. As Mark points out, elite talent is key for a Finals run, and the Spurs should use their “opportunistic” mindset to be more aggressive than ever in finding pieces that may pan out as stars. Beyond that, minding the league’s sea change away from teams built around bigs is also wise, but as guys like Anthony Davis and Bam Adebayo are showing, the right kind of big can still be highly impactful in the regular season and playoffs.

Jesus Gomez: I think the biggest lessons are that you need to have multiple offensive initiators and enough shooting to keep defenses honest. The teams that disappointed the most, the Bucks and 76ers, found themselves lost when opponents made it a point to shut down their only great shot creators, in part because no one else could get a bucket and in part because their shooters couldn’t make the open shots the defense made available to them.

Having several players that opponents must contain, either off the dribble or by not helping off them, seems a necessity for a successful team. The recipe seems to require two bona fide shot creators with a good enough pedigree to actually worry teams. Khris Middleton, as good as he is, didn’t really scare Miami all that much, but I’m sure Kemba Walker does. As for the shooters, it seems like in the playoffs you need more than just guys who will post solid marks when there’s no pressure. The Sixers shot well during the regular season, but in games in which the looks weren’t as clean, they crumbled. Something similar happened to the Bucks, who shot just 32 percent from beyond the arc against Miami and just 25 percent in fourth quarters.

How does this all apply to the Spurs? Well, they clearly need a legitimate lead initiator to replace DeRozan and to hope that Derrick White or someone else in their young core can emerge as a legitimate second option, and they need better shooting from their supporting cast. We knew that already, but the playoffs made it even more obvious.

J.R. Wilco: If there’s a single-word lesson to learn from the 2020 playoffs so far, it’s this: versatility. Houston lived and died by their sold-out approach, refusing to even consider taking advantage of the miles of real estate that defenses yielded in the midrange because they had already predetermined what kinds of shots they’d take. The Rockets played like they were thinking “if it’s not a 3 or a layup/dunk, then it’s not a shot” and they faced defenses that sold out against their preferred scoring opportunities. They didn’t have versatility built into their system, so they didn’t have an answer for an opponent that was prepared to lose to a Houston team that suddenly showed they were capable of scoring in a manner they didn’t prefer.

It’s hard to fault Milwaukee for relying so much on Giannis (after all, you want to exploit every advantage you have from a generational talent) but we saw what happens when a team built around one weapon has it taken away — whether it’s by a defense or injury.

The Spurs would do well to be sure to get as much versatility into their recipe as possible, especially while they’re still choosing their main ingredients.