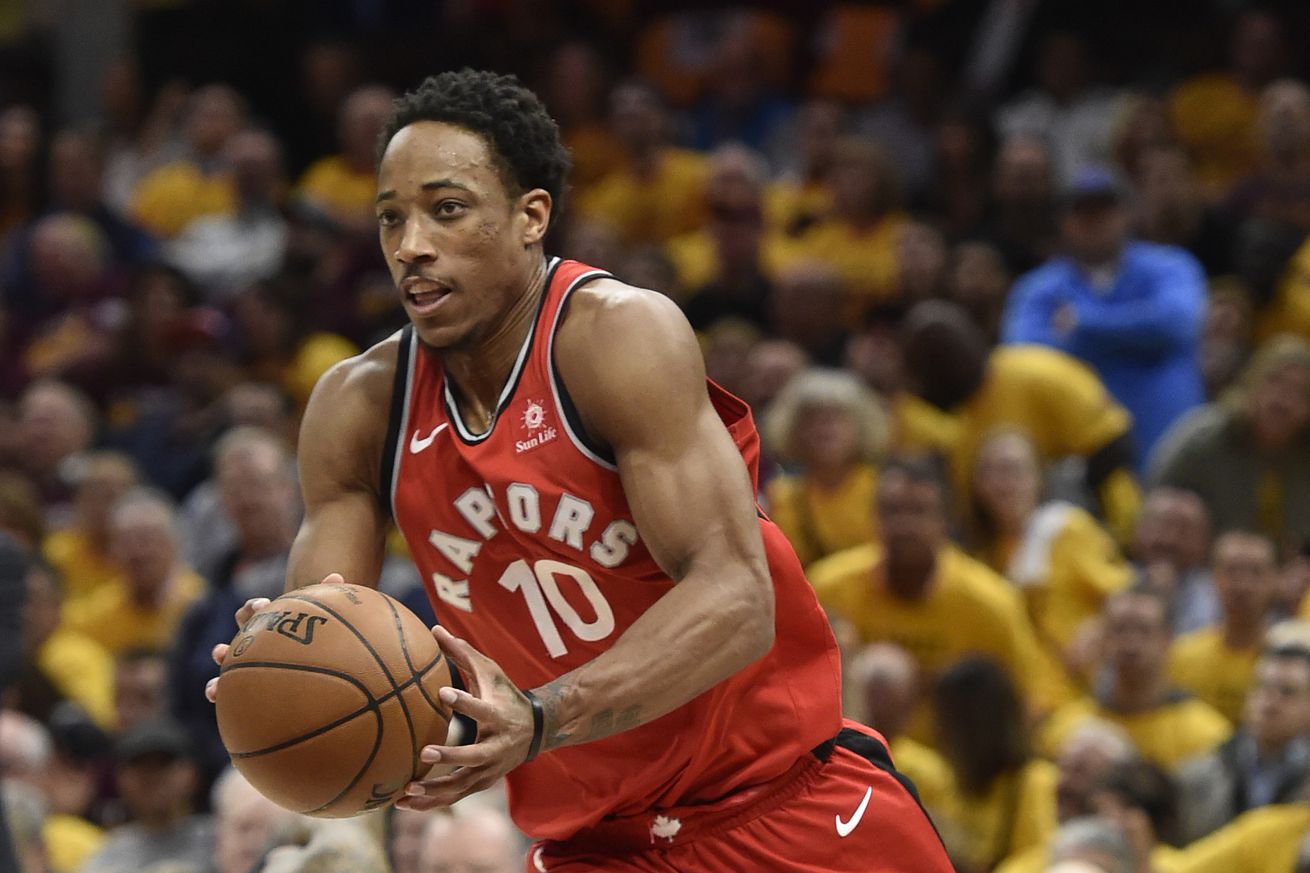 The big news of course is the end of a very long ordeal, the strange drama is finally and mercifully, over. There were more rumors and un-Spurs-like storylines the past year than the previous twenty years combined. The man who would be heir to Tim Duncan’s throne, the quiet young man who seemed to be the quintessential Spur, the transcendent player who may or may not have actually held out and was not at all who Spur fans thought he was, is gone.

DeMar DeRozan and Jakob Poeltl are now Spurs. DeRozan is of course the centerpiece. What should Spur fans expect from DeRozan in a Spurs uniform?

First, let’s start with the man, not his game. It should be noted, like Leonard, DeRozan was not happy with the trade. He loves Toronto. The kid from California loved the cold, Canadian city so much he wanted to retire a Raptor. He wanted to be the greatest Raptor in Raptor history. He was so concerned about being traded, he met with Raptor officials last week. He feels betrayed by the organization, being forced to leave one of his closest friends, Raptors point guard Kyle Lowry, behind in Toronto.

DeRozan is shell-shocked. The fan base needs to understand this. The best thing Spur fans can do is to welcome DeRozan with open arms and let him know just how glad we are to have him in the Silver and Black, not complain that the Spurs didn’t get four potential young All Stars and five future first round picks from an Eastern Conference team.

DeRozan is a Spur and he needs to feel like one. Pop and the team will no doubt work doubly hard on that, but fans have a role as well, because community matters to DeRozan. The man is a big community guy. Culturewise, he should fit in wonderfully with the Spurs. He started a literacy program in Toronto and is known for being a guy who gives back.

Second, offensively, he is a weapon. The four time All Star and two time All NBA player is an elite guard who can score in bunches, initiate the offense and set others up.

The 6’7” 220 lb. DeRozan has no problem creating his own shot and has a good handle. He is an able distributor at the two spot, averaging over 5 assists a game. He is explosive and plays with a chip on his shoulder. He has, admittedly, modeled his game after Kobe Bryant. He plays with an edge, like he continually has to prove himself. He’s not one to back down.

DeRozan is a offensive throwback of sorts, and prides himself on that. His primary weapon is a mid-range jumper. His three point field goal percentage last season was only 31%, which was up from 26% the previous season. He’s not cut from the cloth of Curry, Harden or other guards who will launch threes throughout a game. This could have implications for spacing when he’s playing with Dejounte Murray and LaMarcus Aldridge.

DeRozan averaged 23 points per game last season and most of those points came off mid-range shots, posting guys up, finishing around the rim and getting to the free throw line.

DeRozan is still a work in progress defensively. The knock on him has been that he tends to take unnecessary risks, leaving teammates exposed, and that he is prone to mental lapses. No one questions his work ethic or intensity.

DeRozan will improve defensively simply by being coached by Gregg Popovich and playing within the Spurs system. Whether that improvement is enough to make him a steady and solid defender, is the real question.

Another thing to factor in is DeRozan’s health history. He’s had a good run so far in the NBA, particularly when compared to Leonard, who already had a history of injuries even prior to last year’s 9-game season. DeRozan has, for the most part, been a very sturdy and reliable player, night in, night out.

The Leonard era is over. DeMar DeRozan is now a Spur.

Welcome to San Antonio, DeMar. We’re happy to have you.