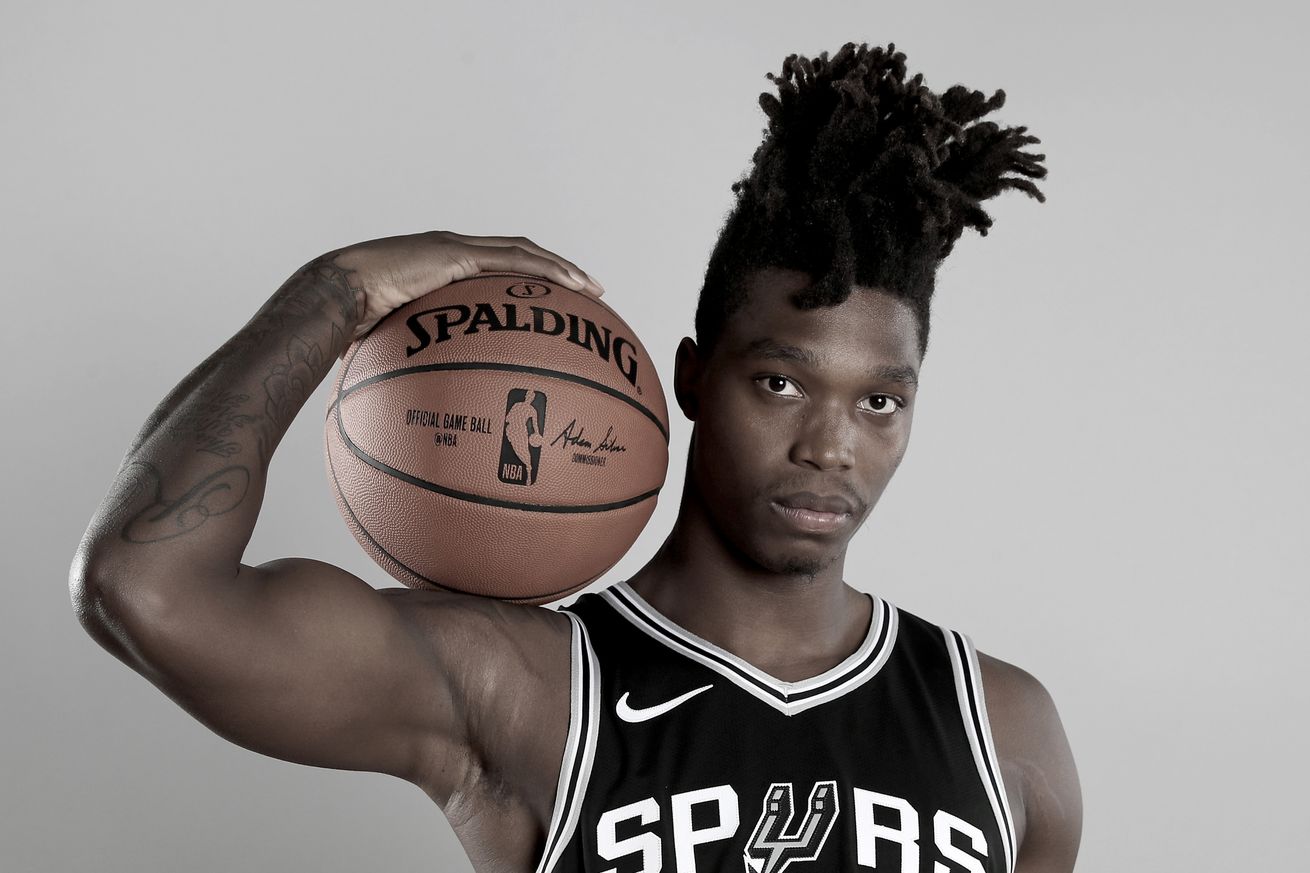 Walker’s injury is concerning, but it shouldn’t have a huge impact on his career prospects or the Spurs’ season.

This is certainly not an ideal start to Lonnie Walker IV’s career. The 18th overall pick of the 2018 draft suffered a meniscus tear in the Spurs’ preseason game against the Pistons and will have to undergo surgery on Monday. He’s expected to miss 6-8 weeks, according to ESPN’s Adrian Wojnarowski.

Any injury represents a setback. Those that happen in preseason, when teams are still trying to figure out rotations and establish and identity, are even more inconvenient. This one, however, shouldn’t have a huge effect on the Spurs’ season or, hopefully, Walker’s career.

We don’t know how serious the injury is yet

This is the second knee surgery Walker will undergo in the last 17 months. Lonnie tore a meniscus in the same right knee in practice on July 2017, while he was at the University of Miami. With injuries of this type, there are two options: repair or removal of the meniscus. Back in UI, Walker had it repaired. The timeline that has been reported by Wojnarowski, however, suggests this time he could have it removed, according to certified athletic trainer Jeff Stotts of In Street Clothes.

If that in fact is the decision, it seems like a drastic one. Removal carries a shorter recovery time, but can cause long term issues, as explained by Stotts when describing Russell Wesbrook’s options back when he was dealing with a torn meniscus:

A removal allows for a quick return to play, as the source of pain and inflammation is no longer present. However the long-term implications of a removal are significant. Without the meniscus or a portion of the meniscus available to serve as a cushion in the knee, players that opt for this route often see problematic changes to the cartilage within the knee and become vulnerable to conditions like arthritis or osteoarthritis. Multiple players including Dwyane Wade and Brandon Roy have undergone a meniscus removal only to later admit they regretted the decision.

Before panicking it’s important to note that the team has not offered a timetable for Walker’s return, according to SAEN’s Jeff McDonald. It’s entirely possible that, if it is a viable option, Walker’s meniscus will be repaired instead of removed. If that’s the case, Lonnie could return a little later in the season, but with no long term concerns. There’s still a significant chance that this setback could be a significant one in terms of Walker’s rookie season but a relatively minor one in the long run.

Walker should return this season, but won’t likely be a factor

This is not a season-ending injury for Walker. Back in Miami, he got injured in July and was ready to go before the start of the season in November. If he misses eight weeks, he could be ready to return by early December. Even if his recovery takes longer and the Spurs are extra cautious, he should be back before the playoffs, barring any setbacks. Walker will return at some point to enjoy at least a part of his rookie year. Expecting him to be a factor on the Spurs’ season, however, might not be realistic.

Walker struggled to return to form in Miami after a similar surgery. He had a quiet first few games and could never really find consistency. The same will likely happen this time around, with the difference being that he’s not guaranteed minutes in San Antonio. Lonnie was already likely stuck behind several other guards in the depth chart and this injury could prevent him from making a push for playing time this year. By the time he returns, the rotations should be set. Unless someone completely disappoints or there’s a trade that clears the logjam at the guard spots, Walker will mostly play garbage time, in all likelihood.

That’s fine, of course. He’s still just 19 years old. There’s plenty of time for him to develop into the special player he has the upside to become. Fortunately the Spurs have their own G-League squad and can give them all the minutes he needs to return to playing shape. The G-League season should be underway when he returns, too, so he won’t have to wait around to get reps. Lonnie was probably going to get few minutes until the season was underway in Austin. Not much has changed in that regard.

It’s obviously understandable to be concerned about a player coming into the league with health-related red flags suffering essentially the same injury that caused them, but it’s too soon to speculate about Lonnie’s future. For all we know, this setback could be just a footnote on what should be a long career

The Spurs should be fine in his absence. Lonnie was not likely going to be a rotation piece from the start. He had more polished players like Derrick White, Bryn Forbes and maybe even Quincy Pondexter ahead of him. Those guys are still around to absorb the few wing minutes the established veterans will leave available.

Walker deserved a better start to his rookie year, but unfortunately the basketball gods had other plans. Now it’s time for both player and team to adapt and push forward.