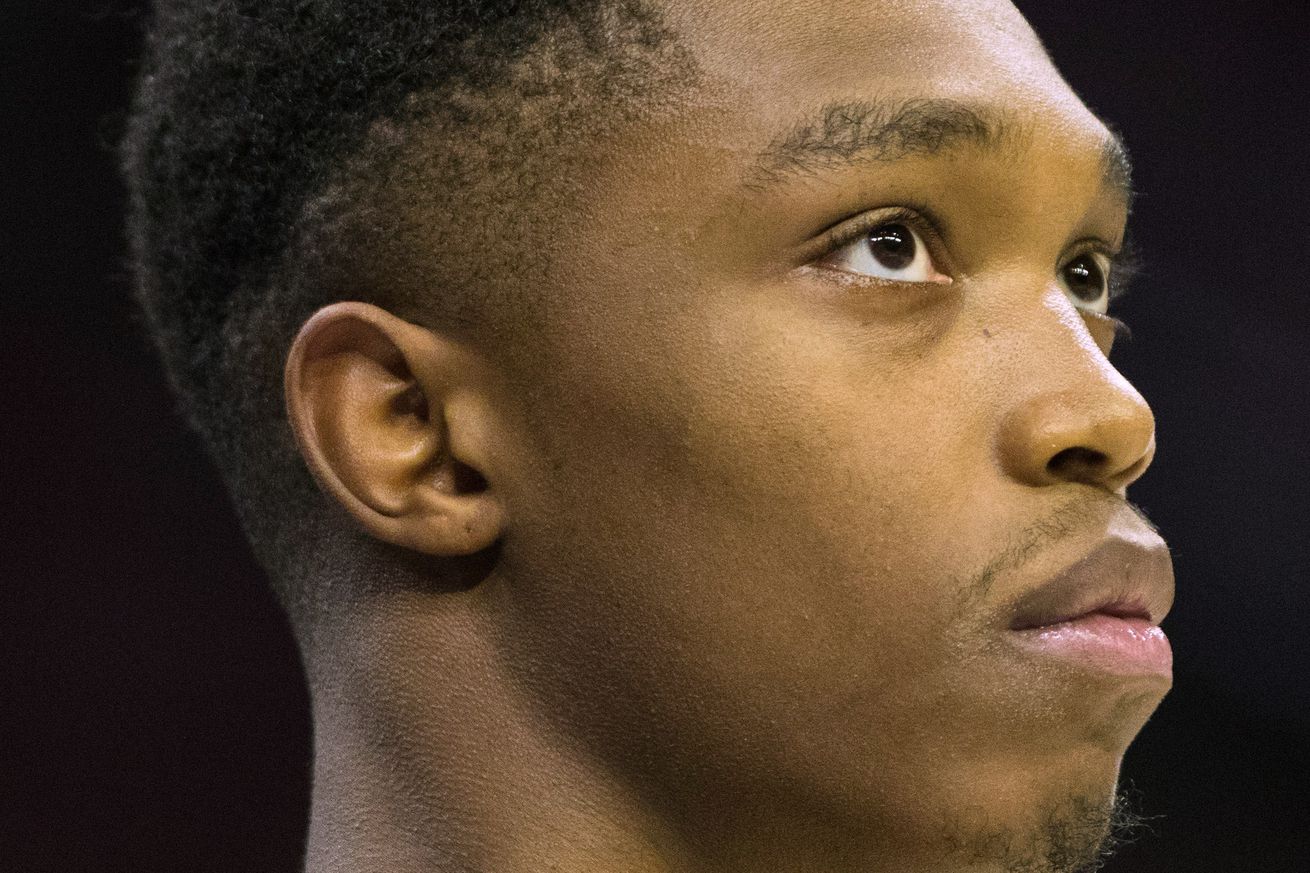 LW4’s first NBA appearance came in garbage time, but Saturday night he got 15 minutes, and entered the game when San Antonio needed a spark.

The Spurs’ Saturday evening match up with the Pelicans was played at just below preseason-level intensity. Missing their all-world center and most of the rest of their big man rotation, the Pelicans were in trouble from the tip. The Spurs came into the game without one of their own stars, because DeMar DeRozan sat out to rest a sore knee, but with plenty of depth on the bench ready to fill in.

Part of that depth, rookie Lonnie Walker IV, got the first meaningful minutes of his young career, providing an extended glimpse of what makes him a special prospect for the organization. Having appeared in just one other game – mop up duty against the Raptors – it’s been unclear exactly how close he is to being ready for the big time. His performance with the Austin Spurs has certainly provided support for the idea that he could help the big club right away, but those numbers don’t always translate.

Much of the success of the Spurs’ use of their G-League affiliate is the similarity of the system and that players generally fill the same roles with both squads. The reps Lonnie has gotten in Austin appear to have paid off, as he looked very comfortable on both ends of the floor.

His first points of the game came, appropriately, on a pull up 17 footer from the top of the key. He had no issues pushing the ball up court, especially off rebounds, and attacked the rim a few times, with mixed success.

The first two plays, his pull up jumper and the layup off the steal, are perfect. The defender sags so Lonnie makes him pay, then the defense never stops ball so he never stops attacking. The last two, however, aren’t great. The game’s already out of reach, and while it’s understandable that he’s trying to make the most of his limited minutes, he didn’t really have an advantage on either, and would’ve been better served to hold up.

He also took a few shots in the flow of the offense.

He should probably take a slightly different angle into that dribble hand off with LaMarcus Aldridge. If he comes in a little steeper, he’s got a seam to attack the rim. As it is, he isolates up top and settles for a contested 22 footer.

In the 2nd clip, he’s too high when Pau catches at the elbow. He should fade to the corner while that pass is in the air. If he had, he’d have gotten his corner 3 a little earlier. His basket cut, though, is excellent, triggered by Jrue Holiday’s over commitment to denying a potential pass to the corner. On the 3rd, he lifts out of the left corner as soon as Patty gets the ball, and his timely movement leaves him wide open on the wing.

On the other end of the court, Lonnie flashed both his potential and some areas where he still needs work. He has active hands and good awareness of what’s going on around him, which netted him a deflection and the steal that led to his coast to coast layup. He also grabbed 5 rebounds. But he got nailed by several screens and struggled with dribble hand off actions.

He’ll have to get better at navigating those actions to earn regular minutes in San Antonio. But other than that, his defense was fine. He was aware of his help responsibilities and generally on time and in the right location. He uses his strength and length very well, and as he improves his footwork and communication, should turn into a dangerous wing defender.

On a team with less depth, Lonnie might be playing every night. He was +6 on the night, the best of any non-starter, with 7 points on 6 shots, 5 rebounds, 1 assist and a steal in just 15 minutes of play. The competition in this game wasn’t quite at the level he needs to be ready for, but he’s made a lot of progress since training camp. Still, at this point he’s not an immediate upgrade over anyone in the rotation, so he’ll likely benefit most from playing as much as possible in Austin for a little while longer.

Were the Spurs on the outside of the playoff picture looking in, that would probably feel like a mistake, but given how well Derrick White is playing this year, it’s hard to criticize the team’s developmental program. And using Derrick as a template, imagine how good Lonnie will look when he does get the call up.