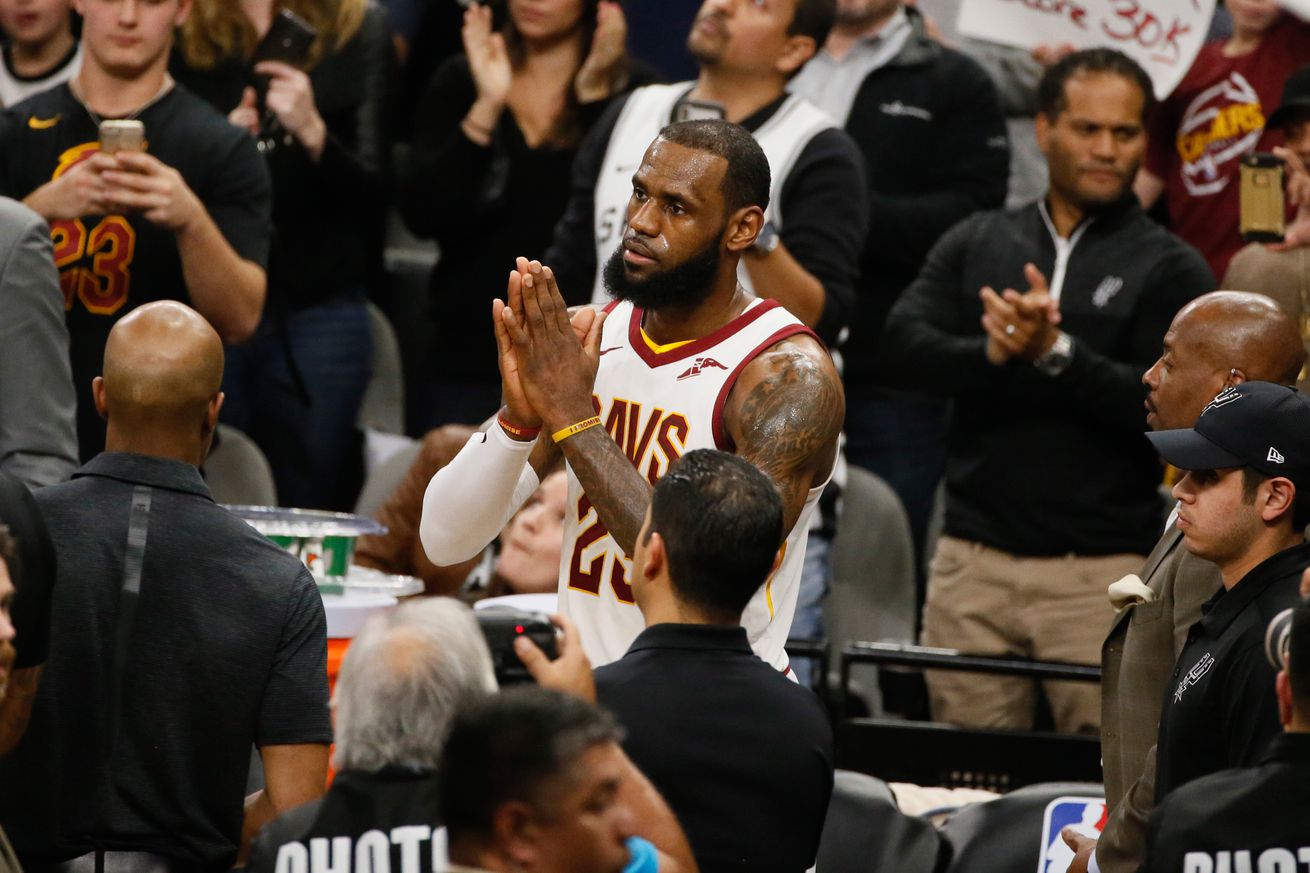 Now that the biggest offseason piece has moved, it’s time to take a look as what’s likely to happen in San Antonio.

The biggest domino of free agency just fell. LeBron James has announced that he will sign with the Lakers.

It’s not exactly a surprise. He always seemed to be leaning towards going to Los Angeles. It’s still a momentous occasion when the best player in the league changes teams. James can still, at age 33, reshape the league with a decision.

He’s done so by joining the Lakers. While the Warriors will remain heavy favorites to win it all, LeBron’s move to Los Angeles will have rippling effects in the entire association, including the Spurs. Let’s take a look.

The Spurs were reportedly using LeBron as leverage to get the Lakers to make a move for Leonard. They were trying to convince Magic Johnson and Rob Pelinka that they were going to have an easier time signing James if another star was already in tow. Needless to say, that wasn’t the case. The Lakers probably knew LeBron was a lock to sign with them, which is why they never made the big offer the Spurs were hoping they’d make. Now that LeBron has committed to signing there, that’s not a strategy the Spurs can use. They lost some leverage.

And yet James’ commitment to the Lakers could work in the Spurs’ favor. Now LeBron will be part of the decision-making process. The quality of his teammates is reportedly not the biggest factor in his move to Los Angeles, but now that he’s there, he probably wants to play next to another star, if the Lakers can get one. Remember, when he joined the Cavaliers in 2014, he said he’d love to be a mentor for the young players. Weeks later, Andrew Wiggins was sent to Minnesota for Kevin Love. It wouldn’t be shocking for him to push for a trade for Kawhi, especially one that could be centered on a player that shares his position.

It’s hard to say how LeBron will react to the current Lakers’ roster and how much pressure he’ll be willing to exert to improve it. Maybe he’s fine playing out a year with the talented young players in tow and the veterans that will surely take a haircut to play next to him in Los Angeles. Maybe he believes that Kawhi will join him next offseason as a free agent and shows a kind of patience he has not displayed in the past. But maybe he’s still the same LeBron and will go to Maginka and tell them to send Ingram, Kuzma and a couple of picks so that he can get Kawhi on the team now instead of waiting.

The only downside to having LeBron in your franchise is that you have to listen to his demands if you want to keep him happy. The Spurs are surely hoping that he’ll exert his influence to push for a Leonard trade.

The West is going to be a bloodbath, which might change the Spurs’ plans

The Warriors will likely win the West next season. The Rockets lost Trevor Ariza, but should remain an elite team. The Jazz, Trail Blazers and Thunder have kept their solid cores together. The Nuggets and Timberwolves should improve as their young players mature. The Grizzlies should be back to being competitive now that everyone is healthy. The Mavericks have more talent than they’ve had since their championship run. The Pelicans might lose DeMarcus Cousins but showed last season that they can win without him. And now the Lakers have LeBron James on their roster. Add the Spurs and that’s 11 teams vying for eight playoff spots.

The amount of individual talent in the conference is ridiculous. Arguably the top 10 players in the league play in the West. Even some of the bad teams, like the Suns and the Clippers, should be decent. The Kings might be the only truly terrible squad in the entire conference. It’s hard to know exactly where the Spurs rank in terms of talent and upside, but it won’t be near the top once they trade Leonard, no matter the return. The East, meanwhile, has a couple of really good teams and a bunch of mediocre ones who should land between 30 and 40 wins. This is a perfect year to bottom out.

We’ve seen from the Spurs’ signings on day one of free agency that going into a full rebuilding effort doesn’t seem to be the plan. I personally agreed with that decision. San Antonio could simply that win 45 games, develop the pieces they got for Leonard and make the playoffs. Then next offseason they could use their cap space to attract a star in free agency. No drastic moves are necessary to remain competitive in the short term or to return to contention eventually. Now that other teams from the conference have gotten better at the start of free agency and LeBron is around to form a new superteam, the Spurs could be reassessing their position.

It’s too early to even consider a change of direction. The Spurs will make more moves. Unless they get a great haul for Leonard, however, their roster might pale in comparison to several others in the conference in terms of upside. If that’s the case, a full rebuild might be the way to go.