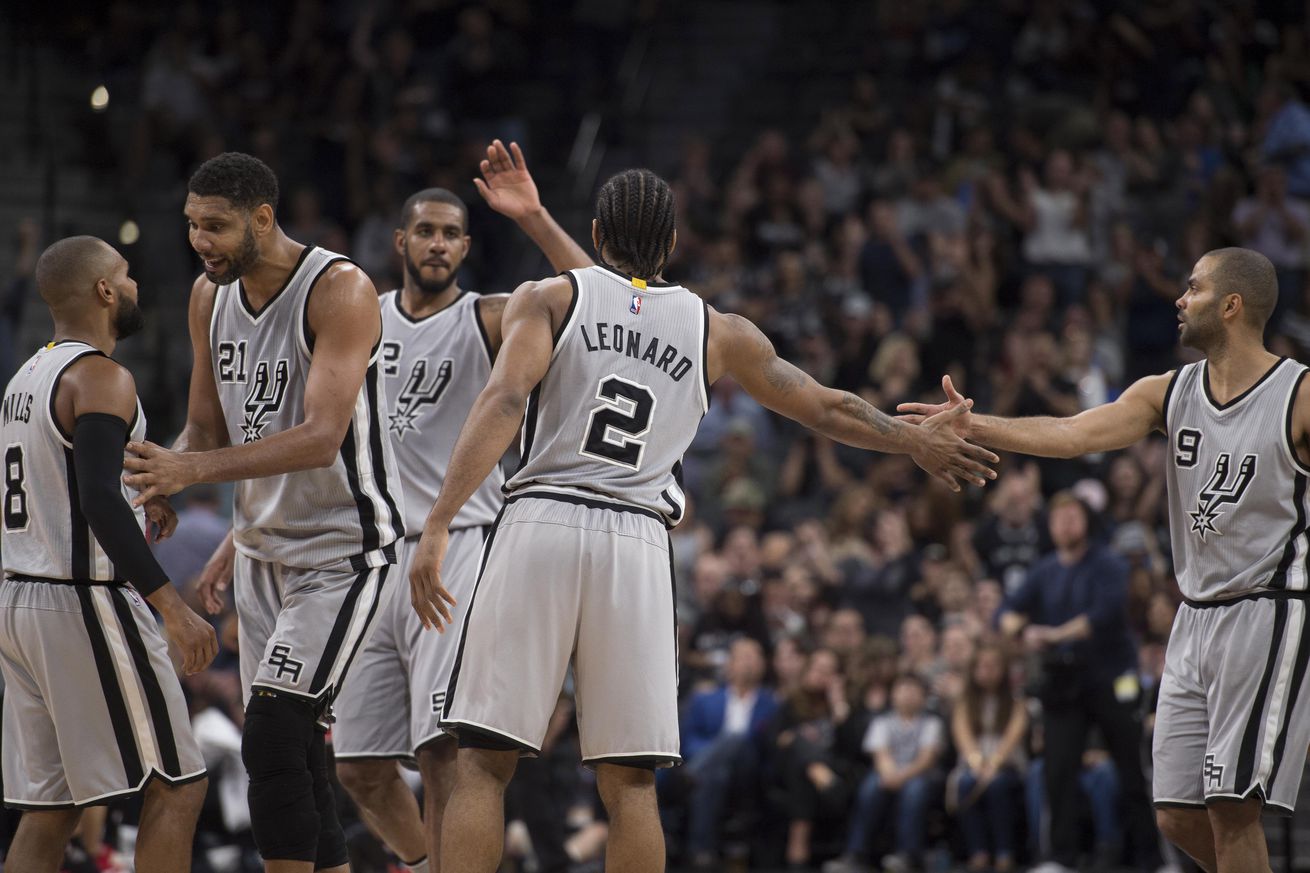 It’s a lot more than the threes and dunks that makes us love the Silver and Black.

Some of you may not know, but I am a very proud (and borderline obnoxious) Texas A&M graduate. From the age of 5, I was constantly draped in the the maroon and white every where I went. With core values like respect, loyalty, and decency, I quickly recognized what made being a member of the Aggie family so special.

Strangely enough, it took me a little bit longer to recognize there was another team near and dear to my heart that holds a similar set of values: the San Antonio Spurs.

My first full year of Spurs fandom started back in 2002. I was instantly hooked, as the Spurs captured their second NBA championship on the back of a historic playoff run. That also happened to be the year David Robinson, one of the greatest sportsmen and role models the game of basketball has ever seen, decided to retire. Looking back, it’s upsetting to me, as I never really got the chance to appreciate what #50 embodied. Fortunately he passed the torch down to a guy named Tim Duncan who I watched for close to two decades, so I managed to get a pretty good idea.

For as dominant as that 2002-2003 championship team was, they were also notorious for slow starts and offensive droughts. After dethroning the defending champion Los Angeles Lakers in the semis, the Silver and Black found themselves in an in-state showdown with the Dallas Mavericks in the conference finals. The two Texas teams clawed tooth and nail every time they took the court, and with a chance to send the Mavs packing after six games, the Spurs once again came out flat.

With the reigning MVP Tim Duncan being double and triple teamed virtually every time he touched the ball, San Antonio’s shooting from beyond the arc was non-existent against the Maverick’s tenacious zone defense that head coach Don Nelson implemented. During one stretch, the Spurs went close to 30 minutes of game time without scoring a basket in the paint. After a grueling 3 quarters, they entered the final frame trailing by 15 points.

I can still remember a 10 year old version of myself tuning in to this game with my Mom and Dad back home in San Antonio. After Nick Van Exel converted on yet another deep 3 point dagger to end the 3rd quarter, I let out a frustrated sigh. My mom quickly comforted me by saying “hang in there. They haven’t quit, you don’t either.” For whatever reason that resonated with me and I geared up for the last quarter. Little did I know, I was about to witness one of the biggest comebacks in franchise history.

Words don’t do this night justice. Here’s a frame by frame look at the resilient 42-15 run that the Spurs ended the game on.

The dramatic comeback sent the Mavericks on an early summer vacation and carried the Spurs to their first NBA finals appearance in 5 years.

There’s an old poem that’s become famous among the 12th Man called “The Last Corp Trip,” which has a verse that says “I’ve seen them play since way back when, And they’ve always had the grit; I’ve seen ‘em lose and I’ve seen ‘em win, But I’ve never seen ‘em quit.” I’ve always loved that. Texas A&M has embodied that saying for some time, but it wasn’t until that dramatic comeback (and my Mom’s encouragement) that I realized the Silver and Black did as well.

No matter the situation, you conduct yourself like a champion. That’s what being a Spur means to me. It doesn’t matter if you’re down by 2 or by 20, the response is always the same. The score is temporary, but who you are when you walk off of that field/court is forever.

In a society that often romanticizes the individual who seeks the glitz and glamour, the Spurs and Aggies have instilled in me (and countless others) the importance of things like heart, resiliency, and character. They have taught us all so much about being a friend and teammate; but above all, they have given us countless memories with our family and friends.

Often times as fans we get caught up with the wins and loses. And as great as it it’s been to watch the Silver and Black raise the Larry O’Brien trophy, I’ve learned that I would rather lose with class than win with a lack of character. I think that says more about this franchise and my alma mater than it does about me.