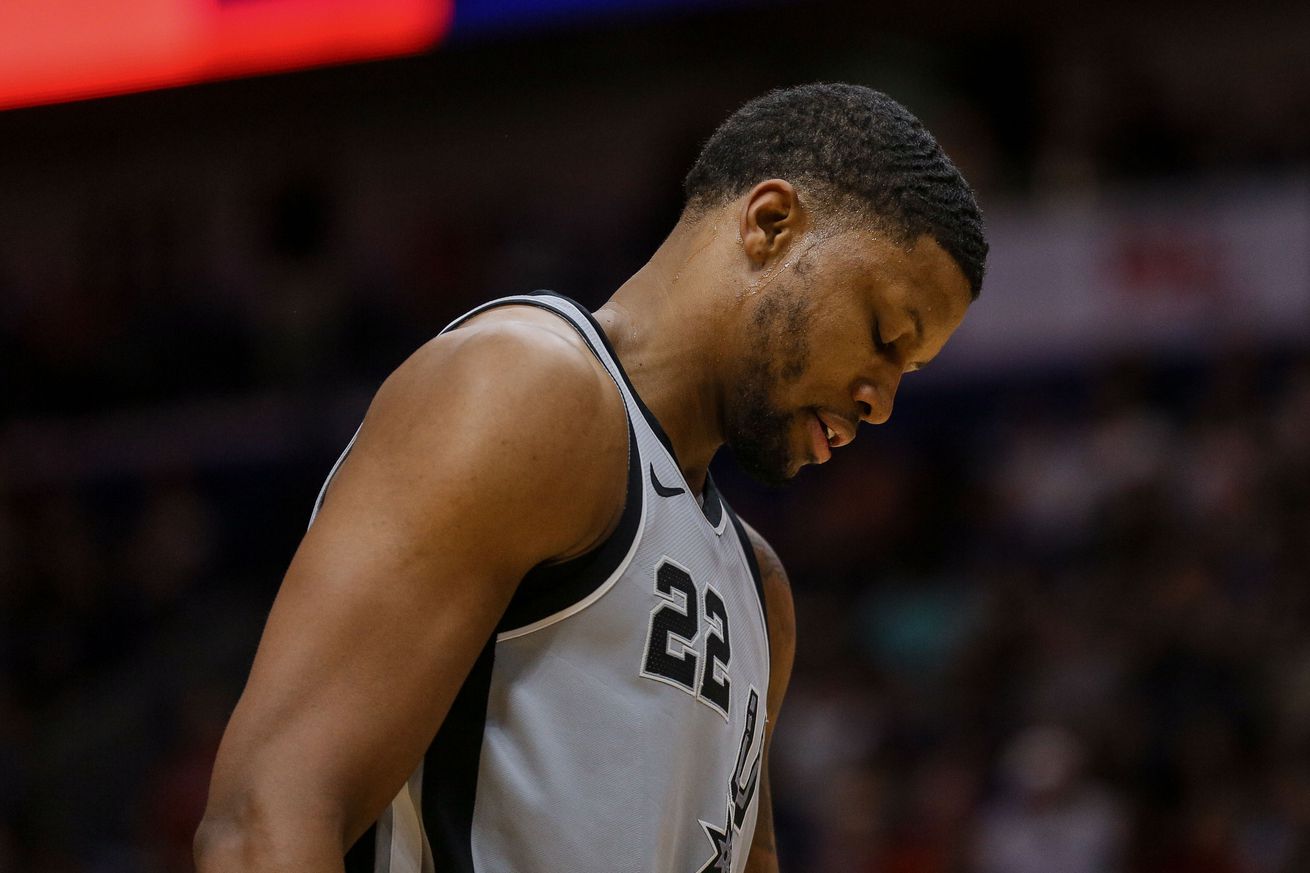 The Spurs get to keep Danny Green for cheap, but could miss Rudy Gay, who declined his player option.

It hasn’t been easy to keep up with Spurs news early in the offseason. It’s been a hectic time filled with Kawhi Leonard trade rumors and speculation about the draft. In the turmoil, some important developments didn’t get the attention they deserved.

Danny Green’s reported decision to opt in and Rudy Gay’s decision to opt out are the perfect example. We let you know about them, but haven’t yet explained exactly how those choices affected the Spurs.

Now that the more pressing matters are in the past and the deadline to make those decisions are becoming official, let’s take a look at the way those decisions will shape the team.

Danny Green in his current contract is very valuable

Green is not an elite shooter anymore, and it’s hard to see him returning to his previous level. He’s a bad fit on an offensive system that values versatility. Those two facts have led to him having plenty of detractors among Spurs fans. Yet Green opting in is clearly a win for San Antonio.

Despite his decline on offense, Green is still great on the other end. With all due respect to All Defensive second team member Dejounte Murray, Danny is the best perimeter defender on the Spurs’ roster not named Kawhi. He can guard three positions and provides plus shot blocking for a guard. His ability to defend on the break is inching toward legendary. Players that can do that and sink an open shot are valuable. The Spurs get to keep one of the few players that was expected to be available on what’s now a one-year deal at the very reasonable price of $10 million. The second Green opts in, he will become a great asset, both on and off the court.

It’s hard to project next season’s rotation until the Kawhi Leonard situation is settled, but Green should help the Spurs no matter how things shake out. If Leonard stays, Danny should start at shooting guard or be the primary backup at the two wing spots for a Spurs team hoping to contend. If Leonard is moved, Green becomes a great trade chip. A veteran wing on an expiring contract who can defend multiple spots and who could re-discover his shooting in a different system should fetch the Spurs a first round pick. His contract is in that sweet spot where matching salaries is easy, so if San Antonio wants a particular player back, they should be able to get it.

Another reason why the Spurs are lucky he’s opting in is that it allows them to defer a tough decision. Had Green opted out, they would have had to figure out whether re-signing him long term makes sense. Green just turned 31 years old on Friday (happy birthday, Danny!) and while he doesn’t have as many miles on his legs as most guys his age, his decline has already started. His numbers are largely worse than they were in his prime and his durability is apparently starting to falter. In the past two seasons he’s played around the same amount of minutes per game while only suiting up for 68 and 60 games, respectively.

On a longer contract, Green could become a negative asset due to his less than ideal fit and age. On a one-year deal, he’s a perfect stopgap as the starter at the shooting guard position and a killer trade asset.

Rudy Gay was never a long term solution, but he will be missed

Gay joined the Spurs with the hopes of making the playoffs and reestablishing his value after several losing seasons and suffering a torn Achilles tendon. He accomplished both tasks, so it’s not entirely surprising he’s opting out. While it’s hard to make a case for San Antonio to make his return a priority, he’ll be missed if he does leave.

Despite missing time with a heel injury, Gay got to show his worth with the Spurs. He was asked to play power forward for most of his minutes and delivered by posting the best rebounding season of his career, contributing on the boards on both ends. He exerted more effort on defense than arguably ever in his career while remaining a reliable shot creator. Over half of his field goals were unassisted and his three-pointer completely abandoned him, yet he managed to post a solid field goal percentage. Gay had to prove to the league that he could evolve while maintaining a potent scoring punch — and he did so.

It would have been great if he had opted in. The Spurs are going to be operating as an over-the-cap team, in all likelihood, so his contract wouldn’t have been an issue. Alas, that didn’t happen. In order to replace him, they’ll have to use the mid-level exception to get a big forward who can score. They could try to retain him by offering a new contract starting at the maximum they can offer him, which would be around $10 million since they don’t have his Bird bights. That’s not a lot more than what Gay would have made had he opted in, so he’s either looking for a bigger annual figure or a multi-year contract. The Spurs can’t offer the former and shouldn’t offer the latter, no matter how useful Gay could be to them next season.

Gay will be 32 when the next season starts and getting close to 30,000 NBA minutes. He seemed to bounce back from his Achilles injury, but some of is otherworldly athleticism is gone. I doubt he’ll shoot only 31 percent from outside again, but it’s even more unlikely he’ll suddenly become an above-average outside shooter. If his first step loses some of its explosiveness, he might have to make a full-time transition to the power forward position in a couple of seasons, which lowers his value. He could defy expectations and remain a quality combo forward for years to come, but with so much uncertainty surrounding the future at the moment, that’s a gamble the Spurs shouldn’t take.

The Spurs could use Rudy Gay in 2018, but it’s too risky to make a commitment beyond that. Unfortunately, it looks like that’s what it will take to keep him. If that’s the case, it’s best to move on and either look for a cheap stopgap, or gamble on a younger player.