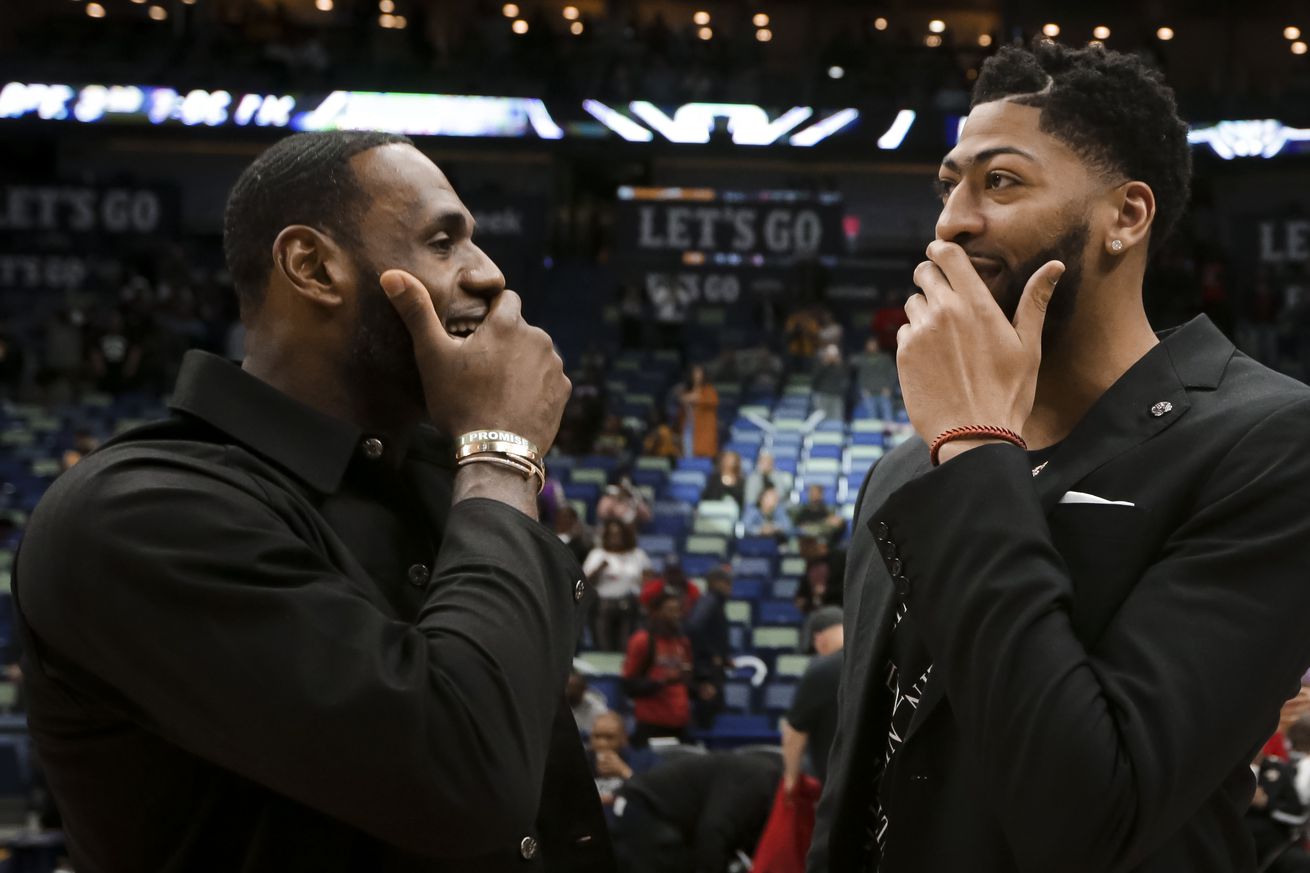 The Davis trade hurts the Spurs chances of becoming a contender in the short term, but if they are patient, they could benefit from the frenzy it might cause.

The Anthony Davis saga is finally over. After asking for a trade, The Brow got his wish of landing with the Lakers, who traded Lonzo Ball, Brandon Ingram, Josh Hart, three first round picks, and the rights to swap two picks to get the superstar big man.

It’s a deal that could transform the league. It will certainly have a big impact on the Western Conference. The Pelicans are clearly embracing the tank while the Lakers now have two of the top 10 players in the league and cap room to add a third. A new superteam is about to be born.

This shift in the balance of power should also inform how the Spurs continue to build going forward. Let’s take a look at what Davis to the Lakers means for the Silver and Black.

With the Warriors suddenly looking very vulnerable, there was a case to be made for the Spurs to make a win-now move, if at all possible, in the hopes of making a deep postseason run. Even with some marginal upgrades San Antonio could have been within striking distance of the top tier in the West, which would have consisted of a cluster of talented but flawed teams like Golden State, Houston, the Clippers — if they land a big free agent — Portland, Utah and Denver. The Spurs are not expected to be major players in free agency since they don’t have cap space, but they do have a couple of solid role players on expiring deals, some cheap, young prospects, and two first rounders in the upcoming draft to package in a trade for an expensive veteran or two. It doesn’t seem wise to do that now.

The Lakers have a killer one-two punch and the cap space to add either another star or a few solid role players. If they land one of Kyrie Irving, Kawhi Leonard or Jimmy Butler, they should be considered the favorite to come out of the West. Even if they have to settle for role players, they have the star power to make it work. The trade could also start an arms race with teams in that second tier looking to improve in free agency to separate themselves from the pack. Even if the Warriors fade and the Rockets lose talent in an attempt to shed salary, the top of the conference should be stacked. The Spurs getting, say, Evan Fournier or TJ Warren just wouldn’t be enough to catapult them past the second tier, much less the first. Even someone like Kevin Love would not guarantee them a spot in the second round.

San Antonio should still look to improve its roster, of course, but with caution and patience. Considering the circumstances, it wouldn’t be wise to go for a minor upgrade at the expense of their youth movement or their cap flexibility. Speaking of which…

A lot of free agency movement is probably coming, which should good for the Spurs

The Lakers now have no choice but to try to put together a good roster next to their two stars. Whether they get another elite player or a couple of good ones, they’ll need to make a commitment instead of signing guys to one-year deals if they want to have some semblance of stability and chemistry. Other teams with some cap space like the Mavericks, Jazz and Clippers will feel urgency to sign quality players available in the market in order to keep up. Even if they don’t land one of the premier free agents, they’ll have to use their cap space now to attempt to take on the Lakers this upcoming season, when their depth will be questionable. Every potential contender in the West and maybe the league as a whole is going to be spending money this offseason.

The Spurs, on the other hand, have little pressure to do so. They can basically bring back the same team and hope for internal development propelled by the improvement of the young players and the return of Dejounte Murray. Without any big moves they should still be able to compete for a playoff spot in the upcoming season. If they decide to go that route, they could go into the trade deadline with a lot of assets, which would put them in position to be either buyers if a star becomes available or sellers if they don’t have a good start. At worst they should enter next offseason with cap space while most of the teams above them in the pecking order at capped out. The 2020 free agency class is not nearly as strong as this year’s, but there will be some interesting players available, and having room to absorb salary could help them make trades.

If the rest of the West overreacts to the move, whoever doesn’t will have an edge going forward when it comes to free agency and the trade market. The Spurs are in the perfect situation to show restraint since they are good enough to remain in the playoff hunt without making any big additions.

The Davis trade will make it harder for the Spurs to climb back to contention in the short term, as it will likely help create another super team. As long as Rob Pelinka doesn’t completely botch free agency, the Lakers will become contenders. It’s also likely that other teams will aggressively look to improve in hopes of coming out of the West in a season in which there won’t be a prohibitive favorite.

It’s never good for the Spurs when a different Western team gets a superstar, but since they are not a contender yet, this time they’ll have no pressure to keep up. If the front office shows patience, they could actually benefit from the commotion the Davis trade will cause. San Antonio was always going to have to play the slow game to get back to the elite. Not much has changed in that regard.

Let the rest of the West exchange haymakers in 2019. If they punch themselves out, the Spurs will be ready to take advantage in the future.

What Anthony Davis to the Lakers means for the Spurs
Source: Pounding The Rock