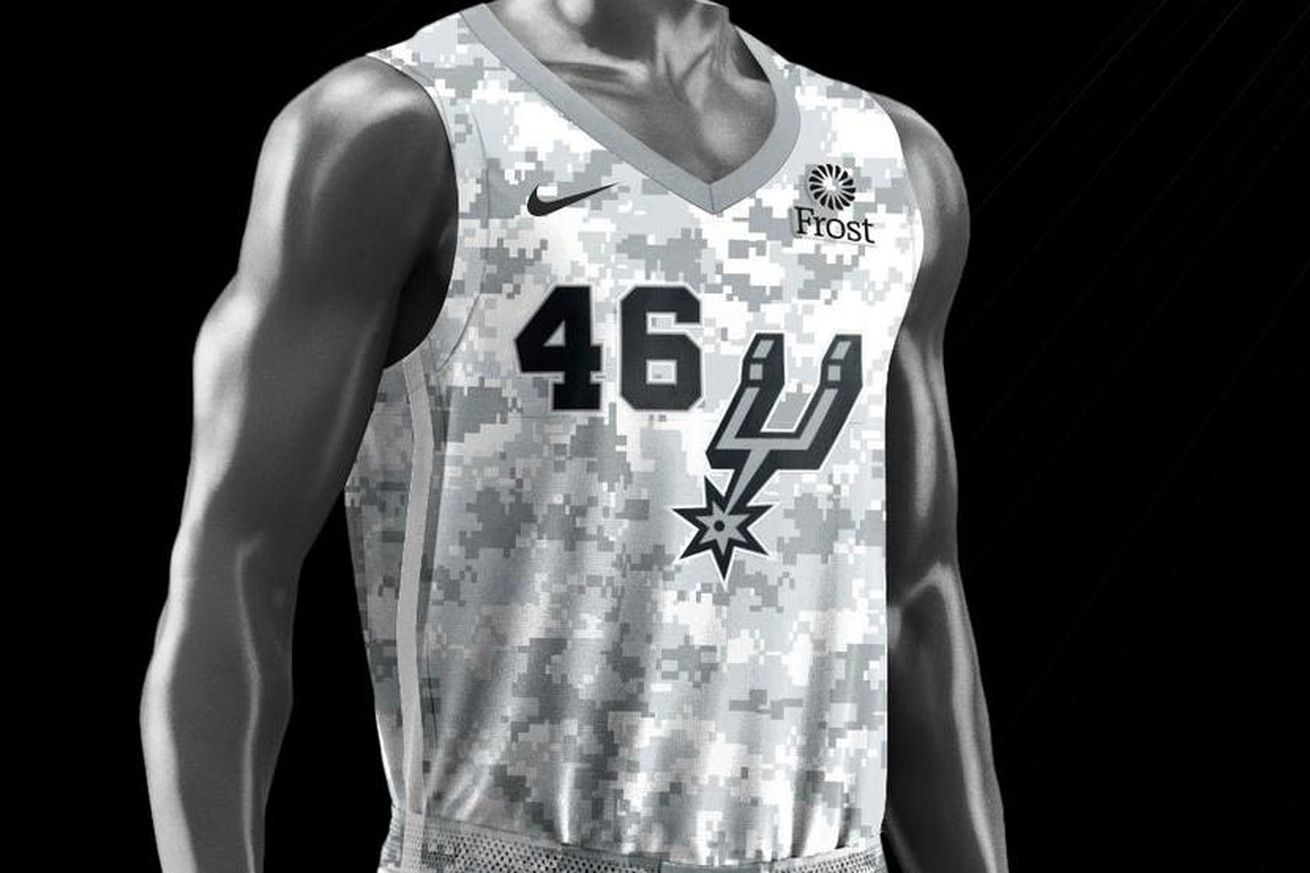 They were there, now they’re gone.

The San Antonio Spurs have not officially unveiled any new uniforms lately, but one that is possibly coming soon may have been leaked. They were discovered on the site lockervision.nba.com, which shows what uniform each team has worn or is planning to wear in each game of the season.

News 4 San Antonio and the San Antonio Express News both managed to capture screen shots (before they disappeared) of new uniforms the Spurs will reportedly wear against the Houston Rockets on November 10 and the Denver Nuggets on December 26:

Unfortunately, the images the Spurs’ possible new uniform beyond their standard home and away (referred to as “Association” and “Icon”, respectively) and “Statement” jerseys (the gray ones) have been removed and replaced with the following:

Based on the similarities to last season’s alternates and the fact that a similar leak happened last year, it’s quite possible that these are in fact this year’s City Edition jerseys, but the NBA likely made the site take them down because they have not been officially released. There’s no way of knowing for sure, but we’ll find out soon enough.

So what do you think, Spurs fans? If these are in fact the Spurs’ new alternates, City Edition or otherwise, do you like them? They have been paying homage to the San Antonio’s identity as Military City, USA for several years now, and the camo uniforms have slowly gotten better over time after the sleeved abominations from a few years ago.