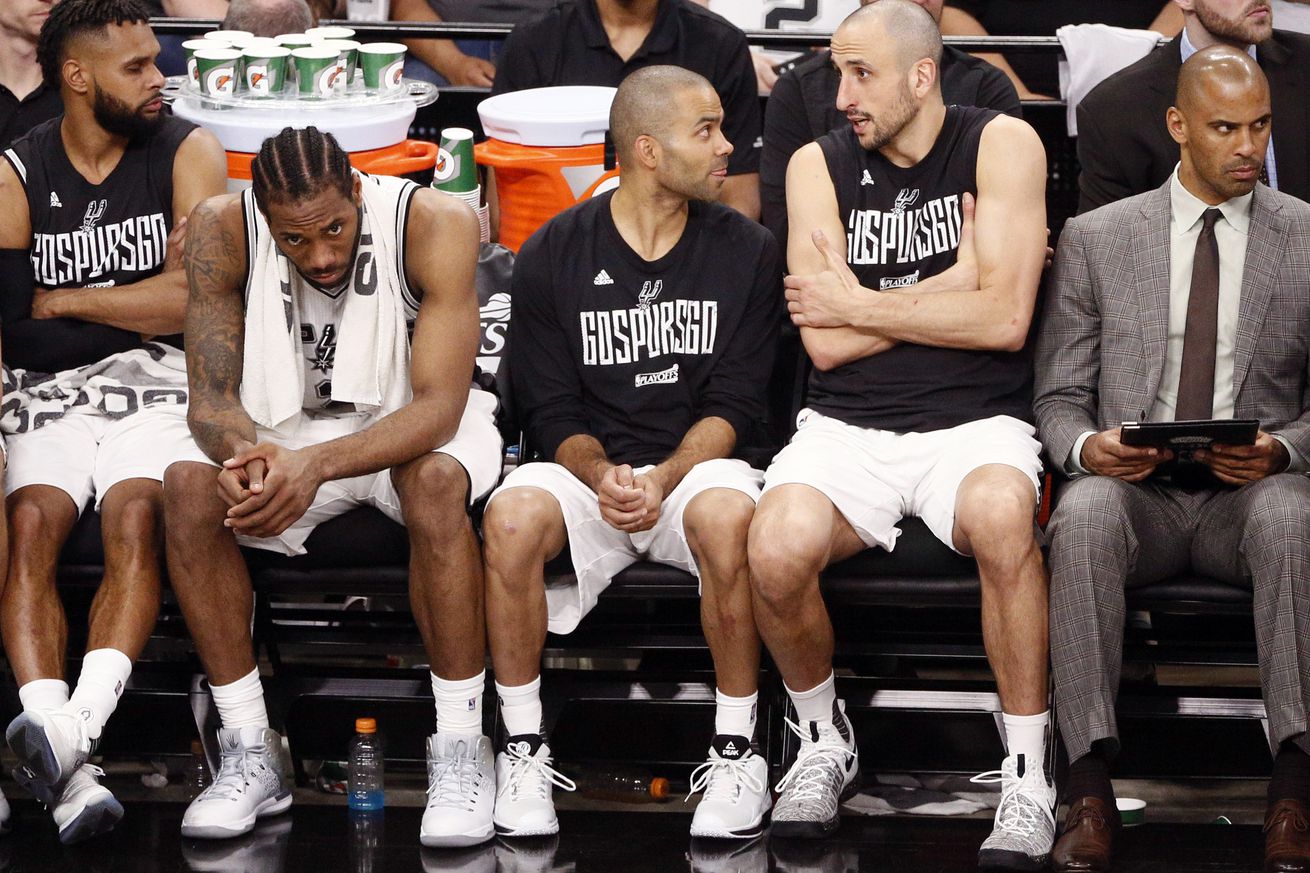 Even while they’re on the bench.

Manu Ginobili had Thursday night off against the Utah Jazz but Tony Parker started and played his regular first quarter shift. But since Manu was on rest, the two teammates shared some rare early-game bench time — which allowed them to inadvertently show off the kind of similar reaction that long-time married couples share:

Manu and Tony are like a married couple that have taken on each other’s mannerisms. pic.twitter.com/ygdhfUDKwD

These guys have been playing together since 2002, so they know each other’s moves. They’ve participated in bench hi-jinks like pranking Tim Duncan with a cup on his seat. But now they’re to the point where they don’t even have to plan this kind of thing, and that makes following the Spurs more fun every season they continue.