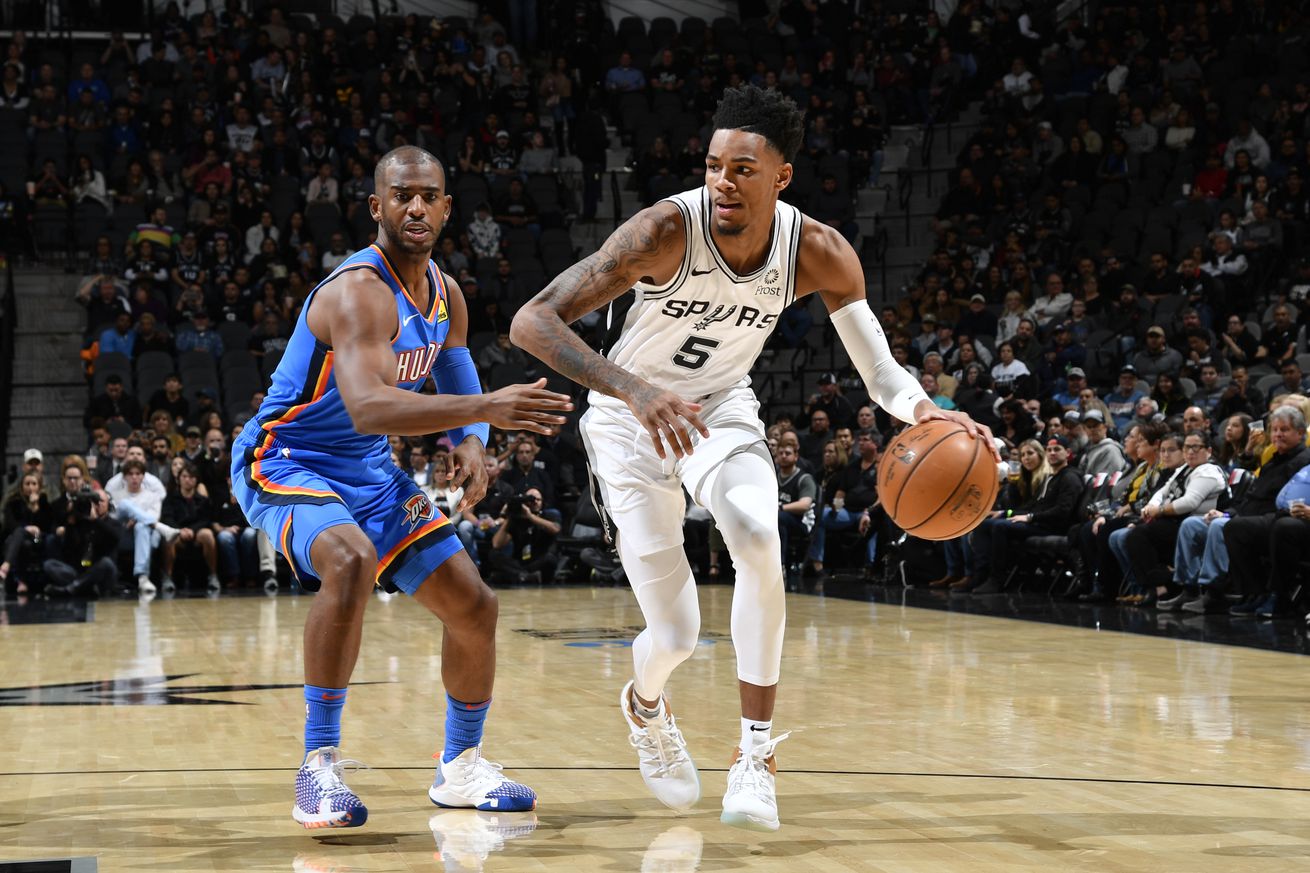 DJ’s making some magic in the first half.

After a lethargic game in Atlanta, the Spurs offense has picked up a bit as they have returned home to face the Thunder and their league-leading defense. Dejounte Murray has played no small part of that. He’s pushed the pace in transition, both scoring and distributing on the break.

But perhaps his best one of all came as he was losing his balance on the drive and falling backwards. He probably knew no foul would be called, so he just threw it up and in as he was practically parallel to the ground.

The Spurs still have some work to do as they are down 57-56 at the half. Murray is on triple-double alert with 10 points, 5 rebounds and 7 assists.