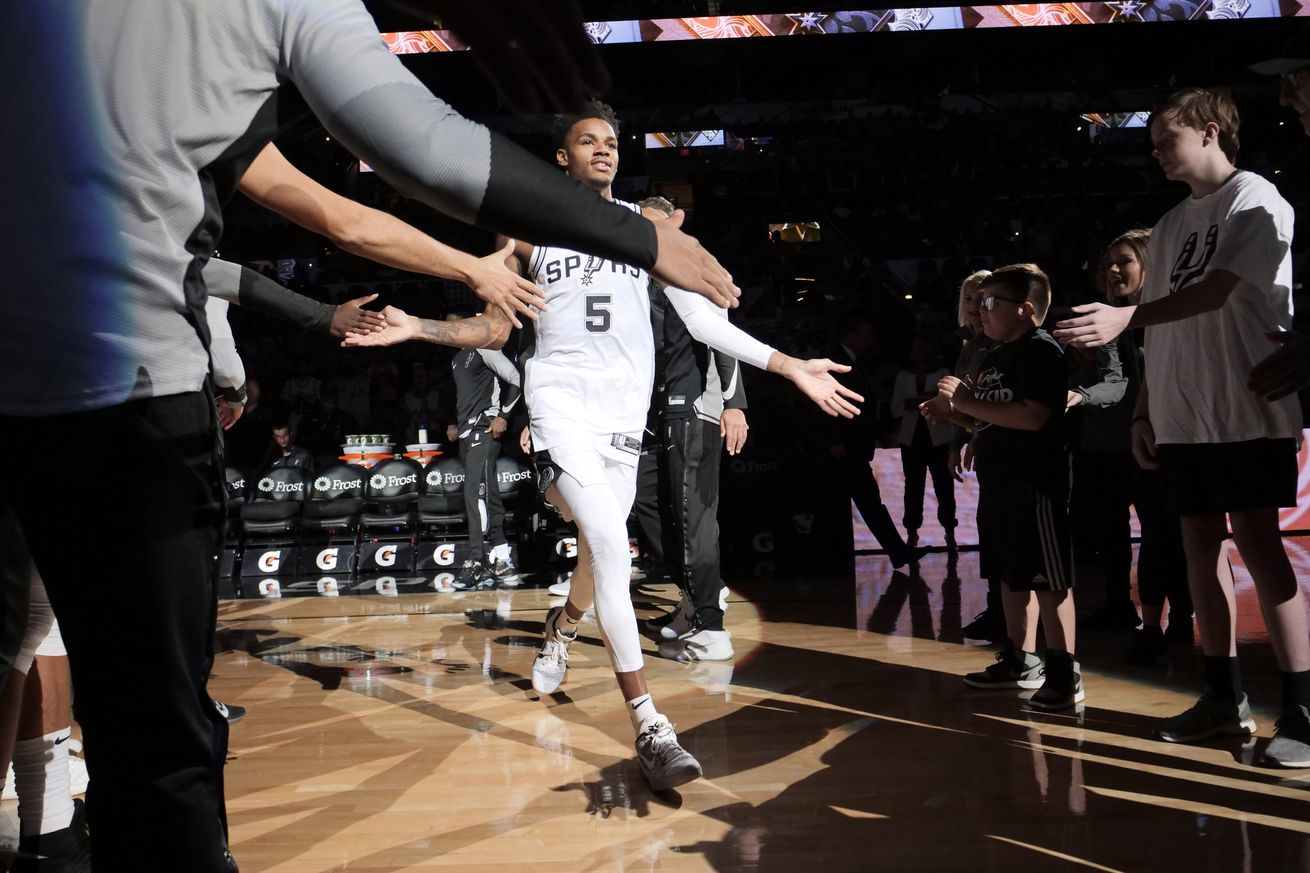 Watch DJ take some of his first post-surgery “baby steps”.

There was absolutely nothing ideal about the Spurs losing Dejounte Murray to a torn ACL in the preseason. It was a big blow for a team that planned to rely him to help lead them into a new era by taking the next big step in his career arc as their undisputed starting point guard and premiere defender.

The Spurs have managed to find ways to survive, mostly on offense, on their way to a 5-2 start, but Murray’s presence has definitely been missed on defense. While the odds that he returns this reason remain low, that doesn’t mean he isn’t making progress. Here he is taking some of his first post-surgery “baby steps” at the Spurs practice facility:

This is certainly an encouraging sign, and Murray’s positive attitude is so contagious it’s impossible not to smile right along with him. Hopefully it won’t be too long before he can return to the bench for home games and cheer his team on. He doesn’t have to be on the court to be a true leader.