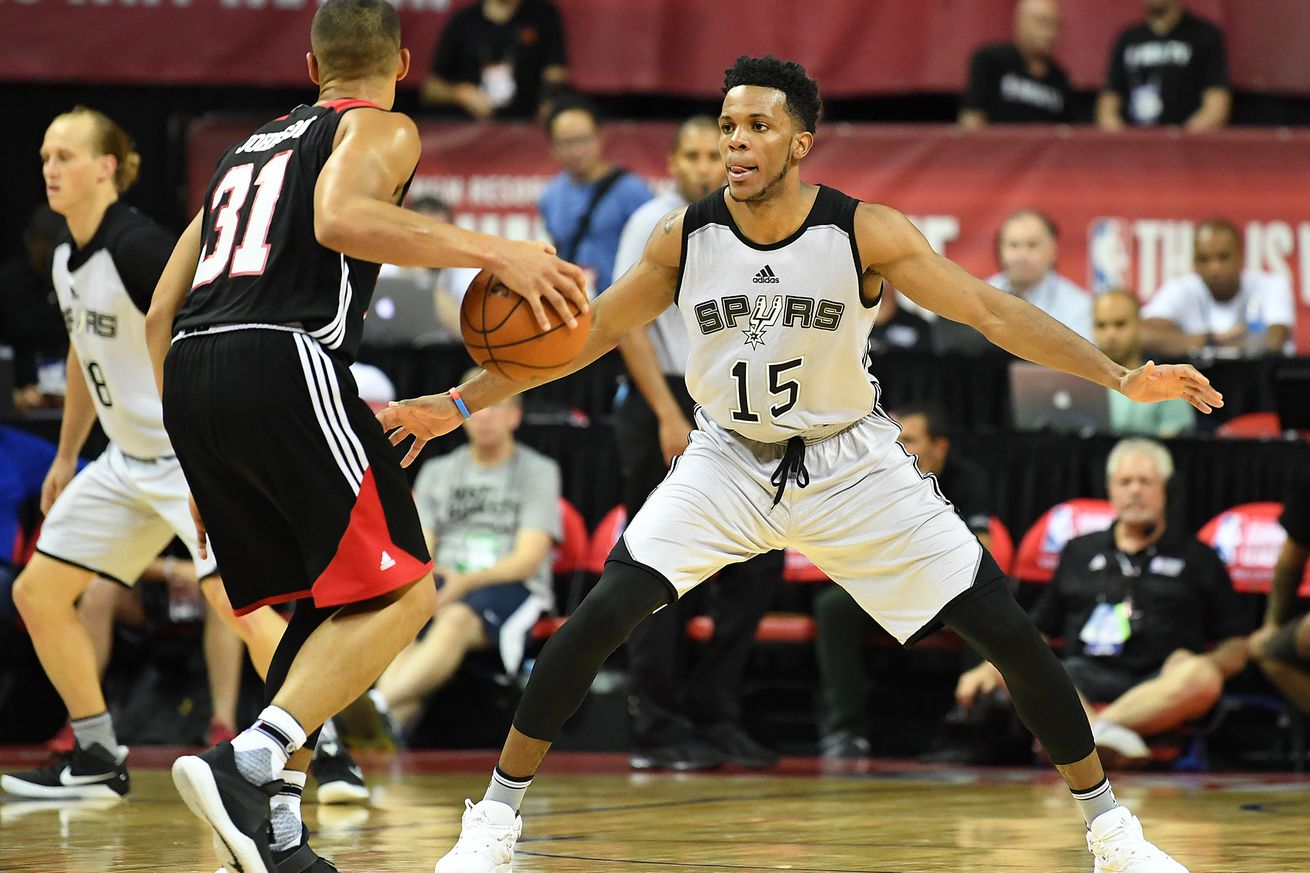 Who will be joining the Spurs this Summer in Utah? How about Vegas? Who’s coaching?Answers are beginning to trickle in.

In the most probable scenario, both 2017 draftees Derrick White and Jaron Blossomgame will join the Spurs. By all accounts, this should be White’s summer to shine.

In addition, the Spurs most recent acquisitions Lonnie Walker IV and Chimezie Metu will also be on hand. At this time, neither pair of draft classes have been confirmed.

Thus far, the following five players have been reported to join the Silver & Black next month:

Cory Jefferson, you may recall, was initially drafted by the Spurs in 2014 before being traded to the Brooklyn Nets. In 2016, he joined the D-League Austin Spurs.

Stay tuned for confirmations and additions.

Utah Summer League starts in Salt Lake City next Monday and the Jazz host the Spurs, Atlanta Hawks, and Memphis Grizzlies in a three night event. Each team plays one another one time. The Spurs schedule is thus:

All games are scheduled to be televised on NBATV.