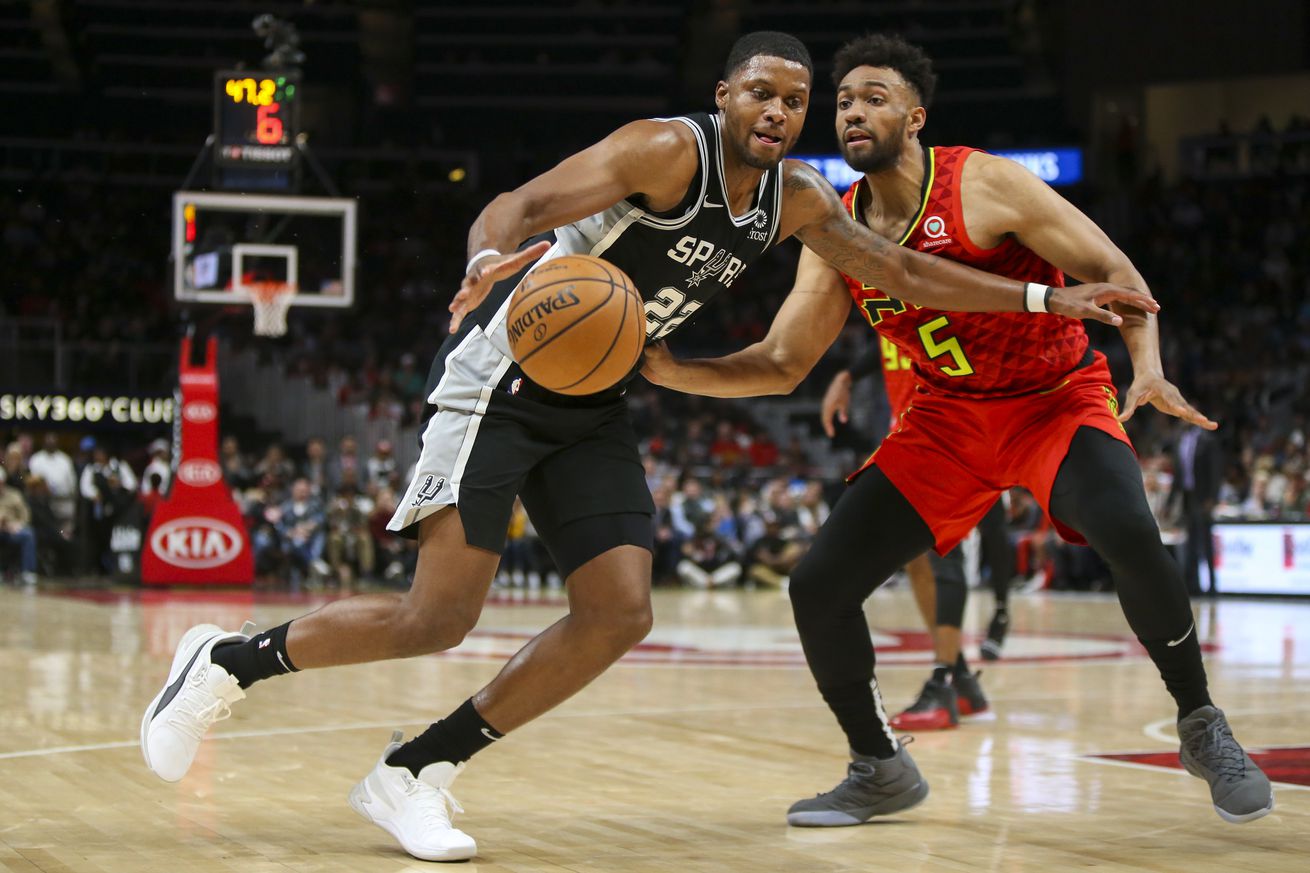 The Spurs didn’t seem to take the Hawks seriously and paid for it with a loss.

All losses count the same in the standings, but some are clearly worse than others. The Spurs’ 108-100 defeat at the hands of the Hawks on Tuesday is definitely a particularly bad one, mostly because it felt so avoidable.

Going into Atlanta to face a team that was missing its second highest scorer and had its star point guard on a minutes restriction, the Spurs were not only expected to win but win handily. The Hawks are feisty and brimming with young talent, but the loss of John Collins left them with unproven depth inside. San Antonio had a gigantic edge on experience and star power and, theoretically, the kind of length at the point of attack to bother Trae Young, who was nursing a sore ankle. It wasn’t arrogant to pencil in a W. Instead the Spurs decided to offer their worst performance of the season and are now on a two-game losing streak.

San Antonio was lethargic to start the night, which was somewhat understandable. It felt like the type of game a veteran team takes lightly at first only to flip the switch for one quarter to create enough separation to cruise to victory late. The defense was a little too obsessed with getting the ball out of Young’s hands, which caused several breakdowns elsewhere, but did enough to prevent Atlanta from scoring at a high rate. The offense only looked good when someone —typically Patty Mills — pushed the pace, but put enough points on the board to hang around with the Hawks. The effort and the focus were far from great, but it seemed like the Spurs were just biding their time before taking over for a few minutes to secure the win.

They almost did, too. A good offensive stretch by LaMarcus Aldridge and DeMar DeRozan and some defensive playmaking by Derrick White allowed San Antonio to carve out a nine-point lead in the third quarter. Unfortunately some incredibly sloppy few minutes followed. The Spurs turned the ball over three times in a short span and instead of putting the final nail in the Hawks’ coffin actually energized their young opponent. Atlanta survived the onslaught while Young was resting and as soon as he checked back in to start the fourth quarter, he singlehandedly erased the deficit with two three-pointers and an assist for a third. The Spurs made a couple of pushes after that, but Atlanta always countered and closed strong en route to a deserved win.

A loss is just a loss, but some also serve as warning signs. It’s clear now that his team is simply not good enough at this point to take the night off against anyone and expect to win. Hopefully the Spurs will remember that lesson and won’t make the same mistakes going forward.

First, Rudy Gay heaving the ball from half court with eight seconds left on the clock.

Second, Dejounte Murray and Trey Lyles failing to switch on a simple hand-off, which led to a three-point play.

The Spurs keep making so many little, unforced mistakes on defense that end up costing them. This is a perfect example. They typically switch DHO action like this. Murray doesn’t here, for some reason. Belinelli tries to help but only makes things worse. So frustrating. pic.twitter.com/EbbIO4hkjV

Next game: Vs. Thunder on Thursday

The Thunder are frisky, but the Spurs should beat them at home, as long as they don’t make as many mistakes as they did against the Hawks.