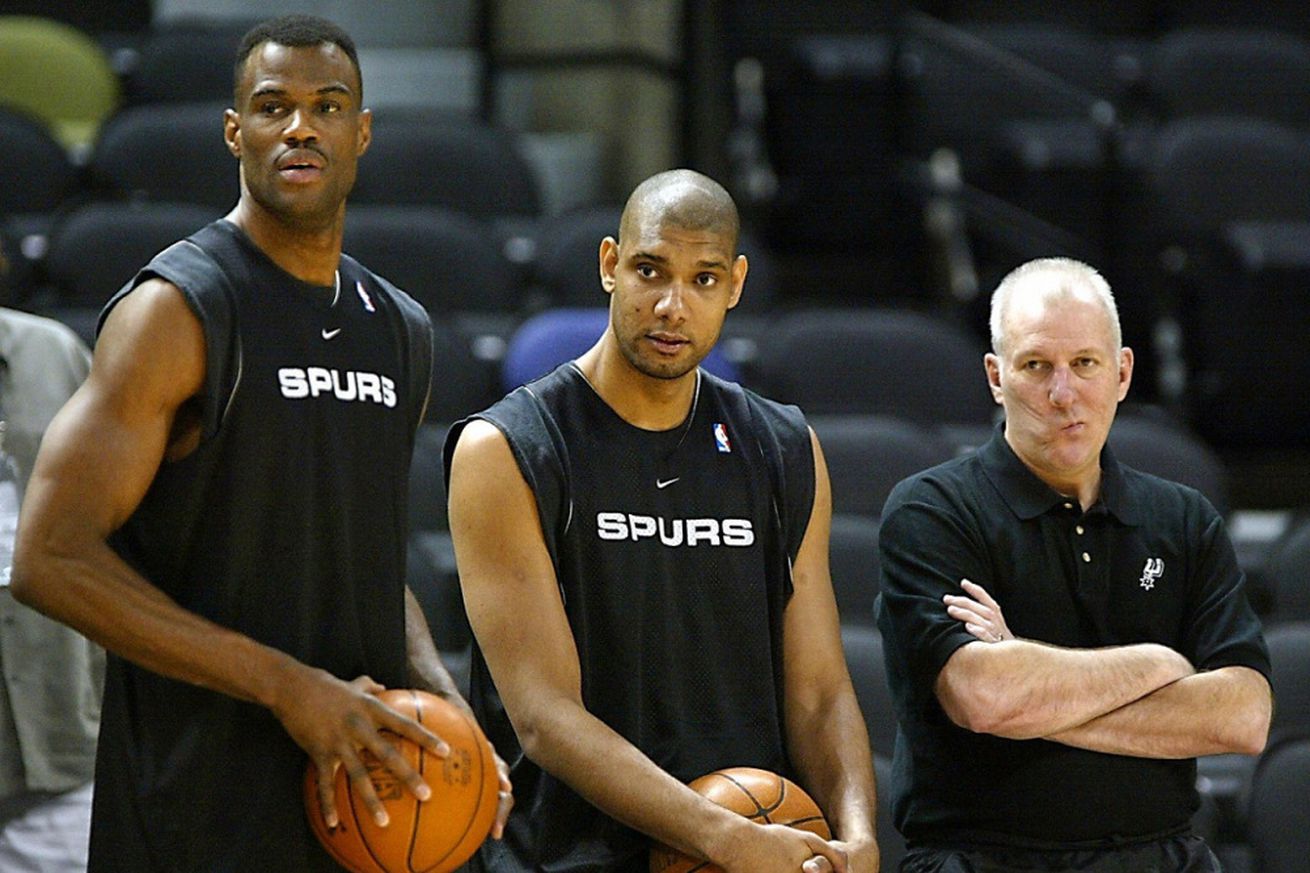 How fortunate were all of us to watch these two! | Jeff Haynes – AFP/Getty Images

Neil Paine of FiveThirtyEight attempted earlier this week to find the 20 most valuable NBA players since the 1976-77 season using something that the site recently constructed and refers to as “Robust ​Algorithm (using) ​Player ​Tracking (and) ​On-court/off-court ​Results” (or RAPTOR for short). Paine compiled his unique GOAT list by averaging “a player’s career WAR with his best seven (nonconsecutive) seasons to balance between total and peak value.” (WAR = Wins Above Replacement Player)

Two of the greatest Spurs, Tim Duncan and David Robinson, made it onto Paine’s list. Duncan occupies the sixth spot just ahead of long-time nemesis Kevin Garnett and just below Magic Johnson. Robinson came in ranked 12th, ahead of contemporaries Karl Malone and Charles Barkley and right below Scottie Pippen.

Some other notable data:

What do you think of this method for determining GOAT’s and the Spurs greats who made? (It has to be better than whatever their method for predicting team records is, right?)