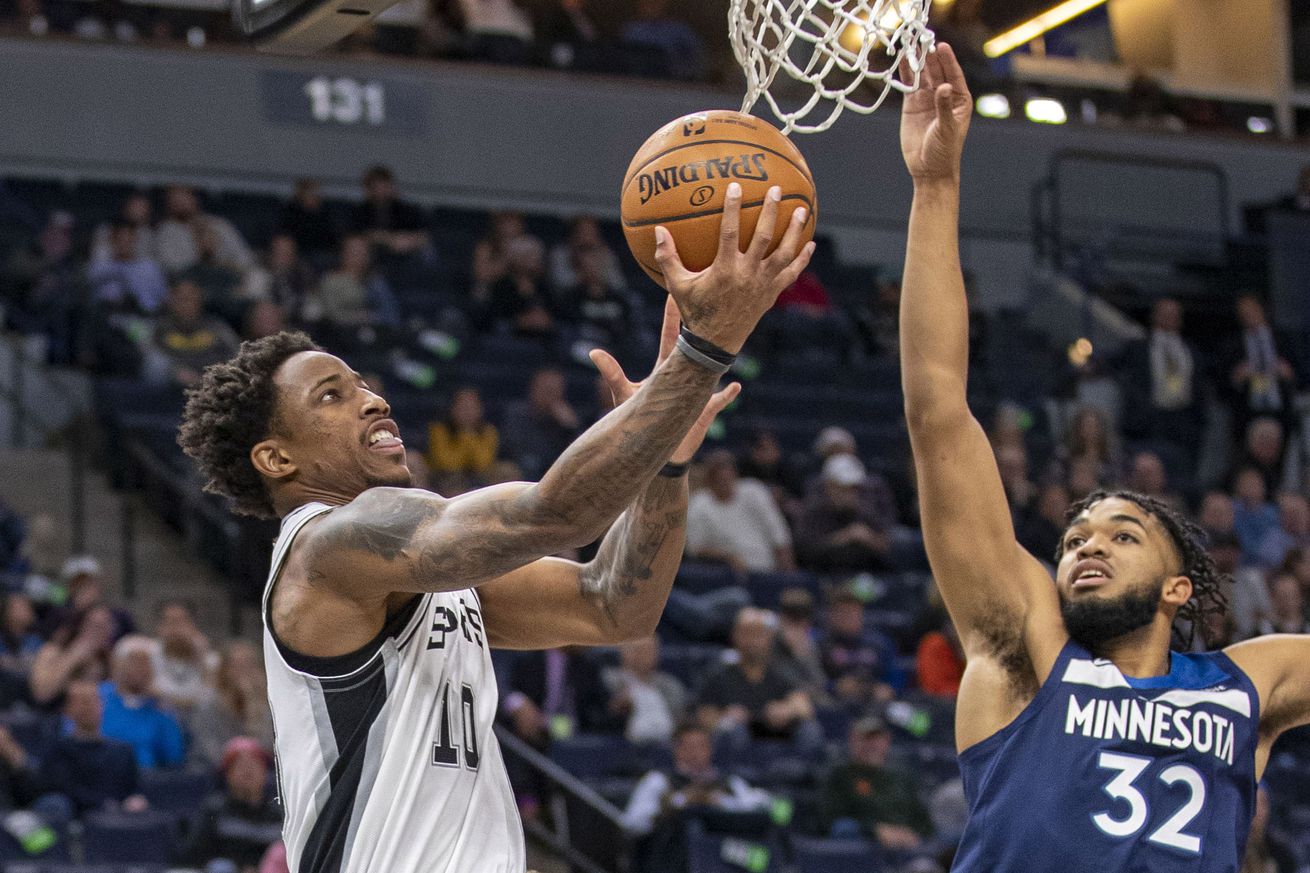 There wasn’t much to write home about in the Spurs’ 114-129 loss to the upstart Timberwolves. Poor three-point shooting, a lack of hustle on the boards, and poor defensive effort defined their night.

DeMar DeRozan was the one redeeming offensive performance that salvaged an otherwise atrocious night from the field for the Silver and Black. While defensive miscues and a third-quarter technical foul slowed down a comeback bid, San Antonio wouldn’t have hung around as long as they did without his 27 points.

The four-time All-Star was stunningly efficient, working his way inside on Minnesota’s smaller guards, and nailing 12-of-18 shot attempts. He even provided fans with a nifty highlight-reel worthy move along the baseline on a helpless Jake Layman.

Another bright spot for the Spurs was the decision to trot out the young guys once the game was decidedly out of reach. Dejounte Murray, Derrick White, Lonnie Walker IV, and Chimezie Metu checked in, and the energy was practically radiating from the new lineup.

San Antonio went on an 11-4 run in the final 2:09 of the contest, and for once, they looked like the hungrier team on the court. It would’ve been nice to see DeMarre Carroll log a few minutes, but Gregg Popovich rolled with Marco Belinelli in garbage time, and l can forgive that if only because Derrick and Dejounte shared the court for an extended period.

Derrick, Dejounte and Lonnie Walker are in at the same time. So that’s cool, right?

All Marco-related complaints aside, our budding second, third, and fourth-year players showed a fight that our veterans never consistently brought to the table. Though Pop seems hell-bent on keeping his unseasoned legs on a short leash, it wouldn’t hurt to inject some voracious youth when the regulars aren’t getting the job done.