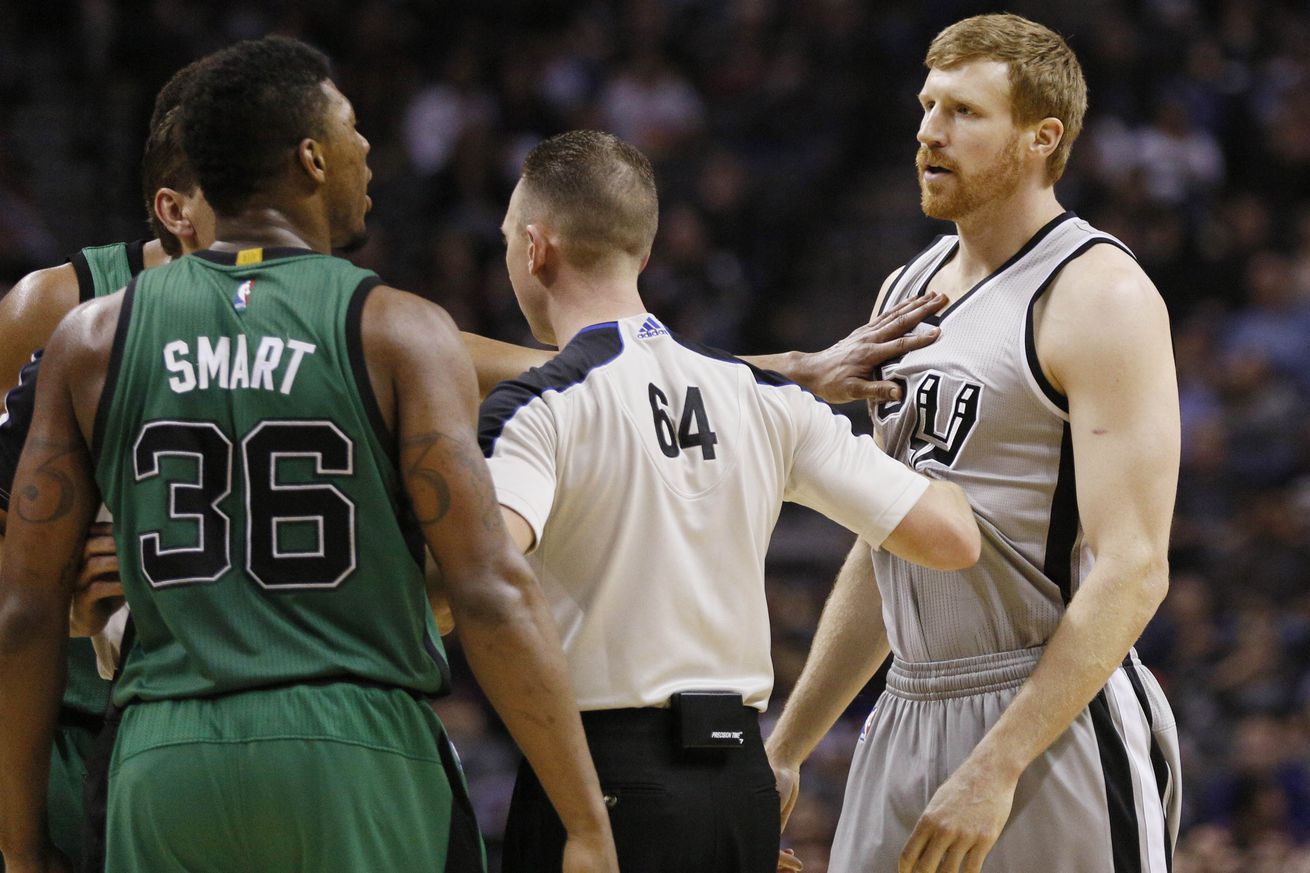 An unlikely source confirmed that “The Red Mamba” is safe.

During the Spurs’ recent win in Atlanta, it was revealed that Hawks red-headed rookie Kevin Huerter — who happens to have the third-best three-point percentage in the league among rookies who have 100 or more attempts — has the nickname “The Red Mamba,” which research suggests was given to him back during his college years at the University of Maryland.

This first came to attention before the game began, when the Hawks’ official Twitter account tweeted their starting line-up based on the players’ nicknames, revealing the thievery of Matt Bonner’s “Red Mamba”, which was anointed by Kobe Bean Bryant a.k.a. “The Black Mamba” himself. As Bonner mentioned in the post-game, Spurs fans crowded the tweet with responses of who the real Red Mamba is with such determination that it was eventually deleted. Although Bonner half-teasingly said no one can use his nickname, Spurs fans were much more serious about it, and he definitely felt the love.

You might think the story ends there, but it doesn’t thanks to an unlikely source: Hawks PA announcer Ryan Cameron. I mentioned in The Final Score that his high-pitched “threeeee!!!” was annoying in one of my “random observations” and again on Twitter in perhaps my first serious bit of trash talk ever on that platform. (Cut me some slack, I’m still relatively new to Twitter.)

You can put the Hawks’ PA announcer up there with the Heat and 76ers for most annoying in the league.

Amazing person and good sport that Mr. Cameron is, he apparently caught wind of both comments and responded in kind:

@me so I know it’s real! and a small correction from your article @KevinHuerter does not call himself the red mamba he actually doesn’t care for it all. Enjoy your work. #TrueToAtlanta https://t.co/Y7fgA1NhTT

Honored, a little flustered, and unsure how to respond, I contacted the nicest person I know and a much more experienced Tweeter: the boss man J.R. Wilco, who walked me through a response, and that was that. However, what’s most important here is the assurance we have been given that “The Red Mamba” mantra is safe once again.

Even though I actually said Huerter “goes by” The Red Mamba, which at least to me is different than “calls himself” — I intentionally wanted to leave room for interpretation since it wasn’t clear at the time if it was a name he adopted or one that was given to him — it is good to know it is not something he prefers. Between his preferences and Spurs fans efforts to protect Bonner’s good name, maybe the Hawks’ Twitter operator will get the memo.

Regardless, we can all rest assured knowing that there is only one Red Mamba, and he resides right here in San Antonio, TX.