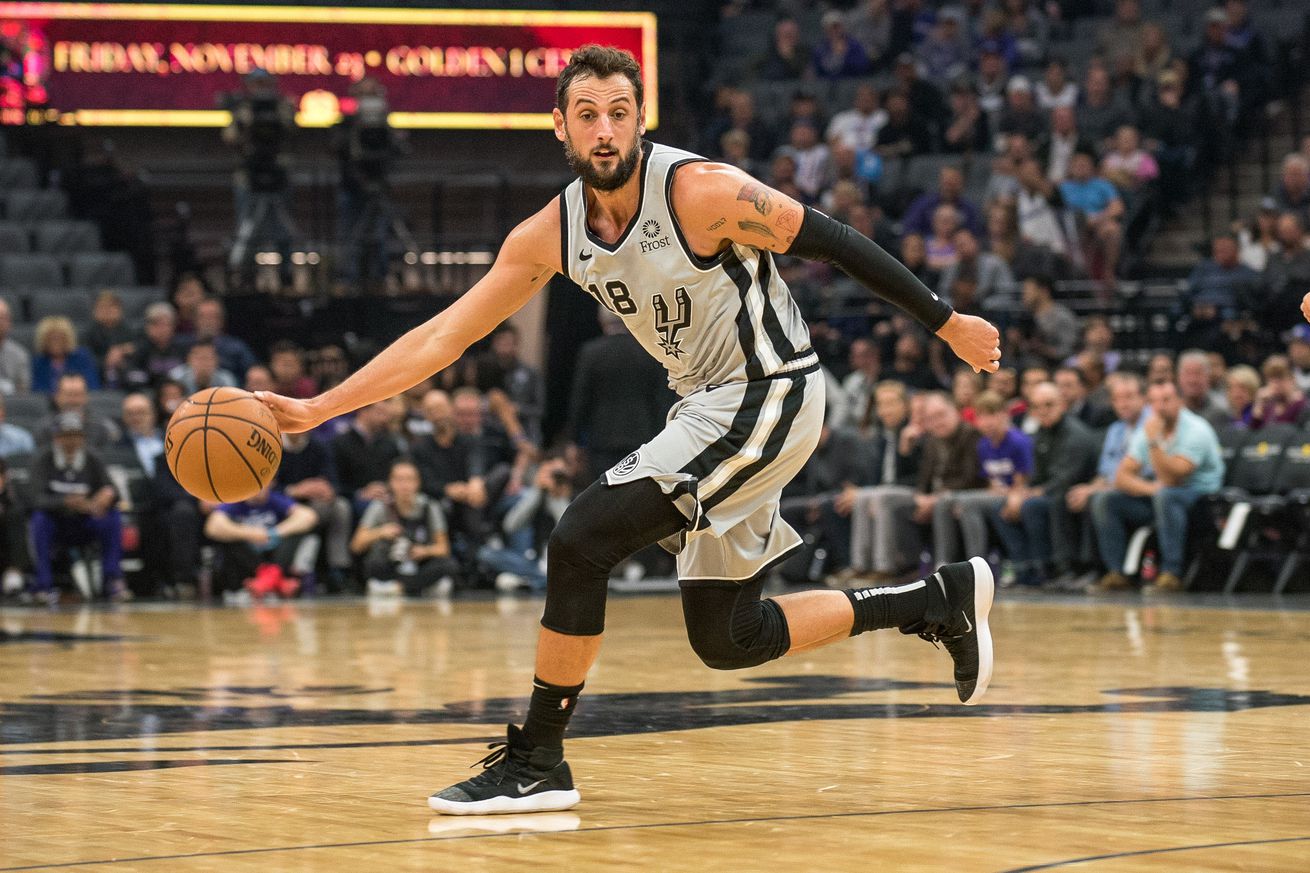 Most players who signed this summer can now be moved, but don’t expect the Spurs to make a deal.

One of the sneakily big dates of the season is here: Dec. 15, when most of the players that signed free agent contracts last summer have become eligible to be traded. It’s the first time front offices can get rid of disappointing additions, and teams embracing the tank can hawk the veterans they inked in the offseason to playoff contenders looking for an upgrade.

Things won’t be nearly as hectic as they are once we get closer to the trade deadline in February, but lots of exploratory talks might heat up. We already know that the Suns agreed to trade Trevor Ariza to the Wizards before talks broke down because of miscommunication with the third team involved: the Grizzlies. Knicks point guard Frank Ntilikina may or may not be available. Bulls forward Jabari Parker definitely is. The Pistons and Magic, meanwhile, might make a play for Markelle Fultz, and the Rockets reportedly have interest in J.R. Smith. We might see some trades in the coming days.

The Spurs have been characteristically quiet, even though several of their players have now become available to be traded, so let’s take a look at who they are and what it means that they can now be moved.

Almost everyone on the roster can now be traded

The only players in the roster that are still not eligible to be traded are Davis Bertans and Bryn Forbes, who will become eligible on Jan. 15.

Rudy Gay can be traded, but only with his consent

Among the players that the Spurs could realistically consider moving, Gay is arguably the best trade piece on the roster. He’s on a mid-sized expiring contract, plays a position most contenders would like to bolster, and he has emerged as a very well-rounded role player who can contribute on several areas. If he were made available, he’d draw interest.

However, even if the Spurs wanted to trade him, which seems unlikely at this point, they might have trouble getting the deal they want. As a player on a one-year contract who would be losing Early Bird Rights on a trade, Gay can veto any transaction that includes him. The front office would actually have to work with him to send him somewhere he’d actually like to go, which would severely limit their options.

Gay’s great performance so far, plus his de facto no trade clause, likely means that he’s no going anywhere.

The Spurs still have some other intriguing trade chips

Before Saturday, the Spurs didn’t have many intriguing contracts to offer in trades. LaMarcus Aldridge and DeMar DeRozan were presumed to be untouchable, unless an offer too good to pass up came along. Patty Mills’ contract runs too long to be enticing, while Pau Gasol’s is too onerous this season while carrying a substantial guarantee for next season. San Antonio was free to trade Dejounte Murray, Lonnie Walker IV, Derrick White and Jakob Poeltl, but those guys are the team’s young core and their small rookie contracts made it hard for the team to match salaries with even a mid-sized veteran deal.

Now, the Spurs have a lot more options. Marco Belinelli could be an intriguing trade chip. He’s on a very team-friendly, two-year deal that actually decreases in value next season. While he hasn’t been particularly efficient from beyond the arc up until this point, he can go off at any time. Dante Cunningham, meanwhile, makes a little over the minimum and is on an expiring deal. With White now in the rotation, Walker back in action in Austin, and Bertans carving a bigger role for himself, Belinelli and Cunningham are now relatively expendable. Combining the salary of those two, the Spurs could trade for someone making up to around $10 million.

With some good contracts now available to match salaries, plus young players and picks, they can definitely put together some intriguing offers. But will they?

Despite the assets at their disposal, it’s hard to see the Spurs making a move right now. Had the losing continued in this homestead, they might have been motivated to either make a trade to salvage their season or to acquire assets for the future. Fortunately, they managed to string together four straight wins so far while showing improvement on defense. They remained in the playoff hunt, and Gregg Popovich won’t likely risk hurting the developing chemistry now unless there’s a huge upgrade available.

A trade might still be in the cards later on. By Jan. 15, when Bertans and Forbes become eligible to be traded, the Spurs should have a better understanding of their flaws and their ceiling and will have even more good contracts to include in packages. Other front offices, especially from Western Conference franchises, will likely be more amenable to discuss possible deals by then as they should have a better idea of the direction they intend to pursue after getting a clearer look at the standings. (There are currently only six games separating the 1st and 14th seed.)

The Spurs are known for their patience, but they do have some assets to deal, so it’s impossible to discount an early-season deal completely. However, unless an opportunity that is too good to pass up presents itself, they will likely opt for continuity, at least for now.