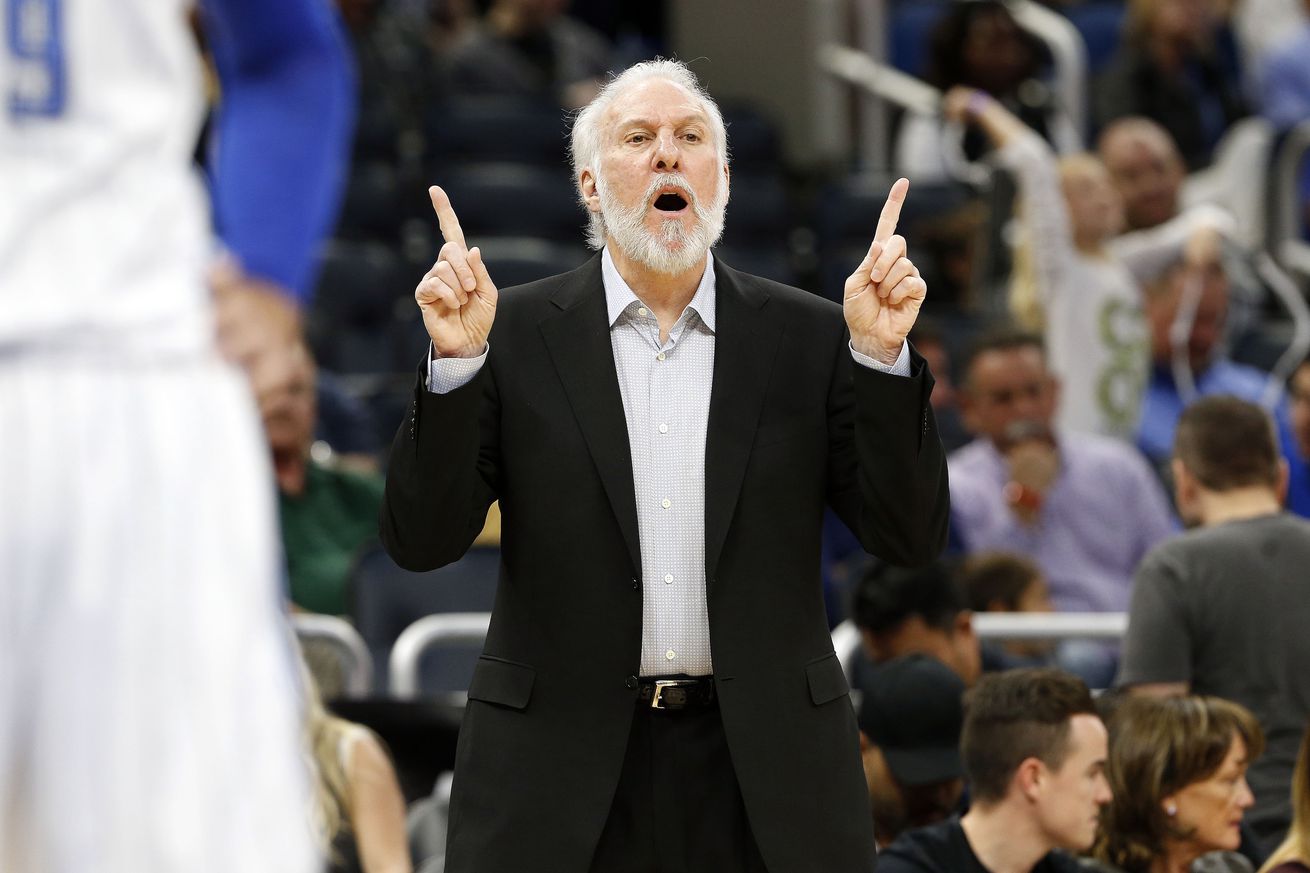 Spurs show hustle and muscle while downing the Orlando Magic.

As the Spurs prepared to play this game, somebody must have told somebody who told somebody…play hard, vacation starts tomorrow. And that is what each and every man did. They all left it all on the court, so lets look at some of the top plays that reflect such an attitude.

#1 We start with LaMarcus Aldridge, who had his way scoring thirteen points in the first quarter. When he is this quick, decisive and the ball goes in, nothing sets the early tone of the game better. All night, he was not to be denied.

#2 This defense to offense play shows the extra effort the Spurs exhibited during the game. As the Magic attempt a pass, Manu Ginobili gets in the middle and forces a turnover that almost goes out of bounds. With all the determination necessary, Manu keeps the ball in bounds with a back toss. Kawhi Leonard is there and takes the ball up the court, where he pulls up at the three point line. He lets it fly and nails the shot.

#3 Here is another defense to offense play where we see a Patty Mills steal and pass to Manu, who makes a no look back pass to a trailing Kawhi, who finishes with a dunk. There are two different views of the play for your comments.

#4 As the second half begins, keep a eye on LaMarcus as Tony brings the ball up and feeds Aldridge, who takes it to the hoop for two points with a fantastic reverse lay up.

#5 Once again we see Tony dribbling in towards the basket, but he looses the handle. The ball heads out of bounds, but Tony saves it with a quick flip to Kawhi, who takes and makes one of the hardest shots in basketball, calling for nothing less than perfection.

#6 In this final play, we see Tony as he brings the ball up deep into the paint and puts up a lob for a Dewayne Dedmon alley-oop finish. At the end of the game Q&A, Dedmon had this to say: “It’s a lot more fun when you’re winning games. It’s fun when you know you’re playing for a team trying to win a title”.

After the game Orlando Magic guard Evan Fournier had this to say regarding the Spurs: “The Spurs play hard, and they play with discipline”, Fourneir said. “They think about winning all the time and making the Finals. They just have a vision about them. It’s a force of habit. Doesn’t matter what time of the game it is…they play hard.”