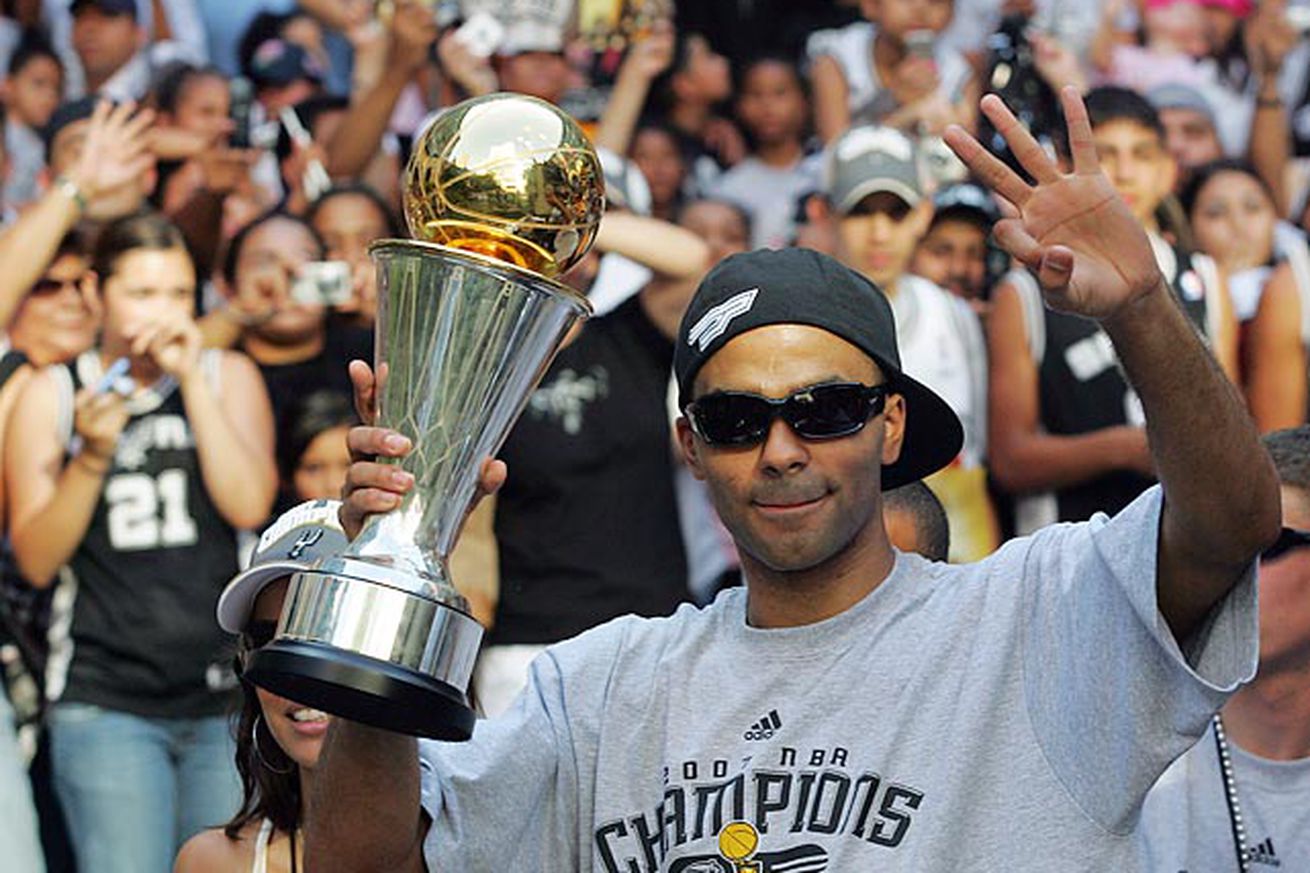 It has been exactly a month since Tony Parker (a.k.a. the Spurs’ greatest point guard of all time) signed an offer sheet for 2 years, $10 million dollars to join the Charlotte Hornets — which just so happens to be owned by his childhood idol: Michael Jordan. The semi-surprising move brought an end to his prestigious 17-year run with the team that drafted him 28th overall in 2001: a move that would become an all-time steal for draft night.

Little did the Spurs know they were drafting a player who would become a six-time all-star, four-time All-NBA player, and help lead them to four championships, including earning Finals MVP in 2007. Unfortunately, the relationship came to an end after it became clear the Spurs had little room left for his aging game beyond a third-string/mentor role.

While the Spurs still wanted to keep him, Parker — who has a stated goal of playing for 20 seasons — understandably wasn’t ready to give up that much playing time and chose to move on to a team that needs his on-court services, but that doesn’t mean he holds any sort of grudge with his former club.

In a heart-felt (as well as humorous) good-bye to San Antonio via The Players’ Tribune, Parker goes through his career in his own terms, beginning with his botched first workout for the Spurs before being given a second chance by Gregg Popovich:

I played maybe the most brutal basketball in my life, at the worst moment possible, right in front of Coach Pop and all of them. Pop and R.C., they had brought in this guy named Lance Blanks, a former NBA player, to run my workout, and he just dominated me. He made me look … well, he made me look like the teenage kid that I was.

And I guess I bring this story up because, you know — a lot of people, they think of Coach Popovich as this “hard-ass” guy. But I’ll tell you, it’s funny: I might not have even made it to the league at all if Pop had not decided to give me a second chance to make a first impression on him. He invited me back in for another workout, and I made sure not to mess it up. I played a lot better against Lance this time. He still gave it to me pretty good, but I held my own a little bit. And I think I showed off some of the things that I could do on the court. And man, it’s crazy. Because the next thing you know, I’m watching the draft, and it’s — With the 28th pick in the 2001 Draft, the San Antonio Spurs select Tony Parker, of Racing Club Paris, France.

He also discusses his admiration for Tim Duncan and how he created “Spurs Culture:

That was always our secret weapon, to me: You see this all-world player, this All-NBA First Team, MVP of the Finals, about to be MVP of the league guy, and here he is in practice, willing to be coached like he’s fighting for a spot on the team. It was unreal. And if you think that’s too passive for a star player to be? Well, then you’re not thinking it through on Tim’s level. Because Tim knew the truth: which was that to let himself be coached in this way, you know … that’s true charisma, and that’s true swagger. It’s like he was challenging everyone else in our gym: The best player in the entire league is willing to put his ego aside for the good of this team — are you?

And that was the deal, you know? Guys would come in, take a look around, and eventually they would do as Tim does.

I think this is why you see the Spurs, as an organization, just being so good at juggling a lot of these big names, a lot of these great players, all at the same time. Because whoever the guy is, it doesn’t matter — the question never changes. It’s always that same Pop question: What will happen here so it’s for the good of the Spurs?

If Timmy is dominating in the ’03 Finals — then Manu and I, we’ve got smiles on our faces.

If Manu and that floppy hair of his — Manu, why you change your hair?? Dude was unstoppable with the floppy hair, SMH — is dominating in the ’05 Finals, then Timmy and I, we’ve got smiles on our faces.

If things are going my way in the ’07 Finals, and I’m getting in a bit of a zone there — then Manu and Timmy, you know, you can bet they’ve got smiles on their faces, too.

And then even if it’s none of us, you know? If it’s none of the original Big Three, and now all of a sudden it’s the young gun, Kawhi, dominating in the ’14 Finals — man, Timmy and Manu and I, you’ve never seen such smiles as the ones we had on when we are lifting that trophy.

All we wanted, in the end, was to win titles together. That’s all that mattered. It was Pop’s way, which meant it was our way.

Which meant it was the Spurs Way.

How his whole experience here led him to choosing the classiest way possible to announce his departure from the Spurs — by discussing it directly with Pop and Dejounte Murray, who he truly feels is ready for the job:

I came up to Pop one day, and I told him my thoughts: It was time for Dejounte to take over full-time as our starting point guard. I didn’t want it to be a dramatic thing, or this ego thing, or one of these big media things, but I just wanted to get it out in the open — for the good of Dejounte’s development, and for the good of the team. Pop agreed, and thanked me. And then I went and had the same conversation with Dejounte. He was grateful…

…And so that’s how I tried to keep that moment. I wanted Dejounte to know that he’d earned it — but also that what the decision came down to, in the end, was the exact same thing that it would always come down to during his time in San Antonio: the good of the Spurs.

Finally, there’s his heartfelt thank you to the Spurs, fans, and city of San Antonio:

Thank you to the Spurs organization, from top to bottom, for the most amazing opportunity of my life — and for 17 years of the greatest job on earth. Thank you to Spurs fans, everywhere, for always showing up, always being loud, and always, always having my back. And thank you to the city of San Antonio, for being the only thing that I could ever possibly call it now: home.

The truth is, I know it’s impossible to summarize what my time with the Spurs has meant to me, in a letter like this.

But I guess that’s also the beauty of basketball, and of life in a way. How it can become less about the summary of things — and more about a collection of moments. How you just … become these moments, you know what I mean? All of these relationships, and conversations, and lessons, and decisions. All of these little things that just sort of sneak up on you, and begin to shape you, and eventually, if you’re lucky, even come to define you.

And while I won’t try to define who I’ve become, over these last 17 years, in a single letter … I can say this for sure: I have the Spurs and I have San Antonio to thank for it.

And I will carry that with pride.

These are just little tidbits, so I encourage you to read the entire thing. Something that makes his piece so amazing is there’s nothing formal about it. This is not an “official” goodbye from Parker, and it’s not a formal piece written by by the hand of a French poet; it’s just Tony talking directly to us like he always has, complete with his signature “you know” scattered about.

Here’s to successful stint in Charlotte for Tony, and should he decide he wants to complete that 20th season with the Spurs, regardless of the role, I’m sure he will be welcomed back with open arms. Like Tony said, San Antonio will always be home.