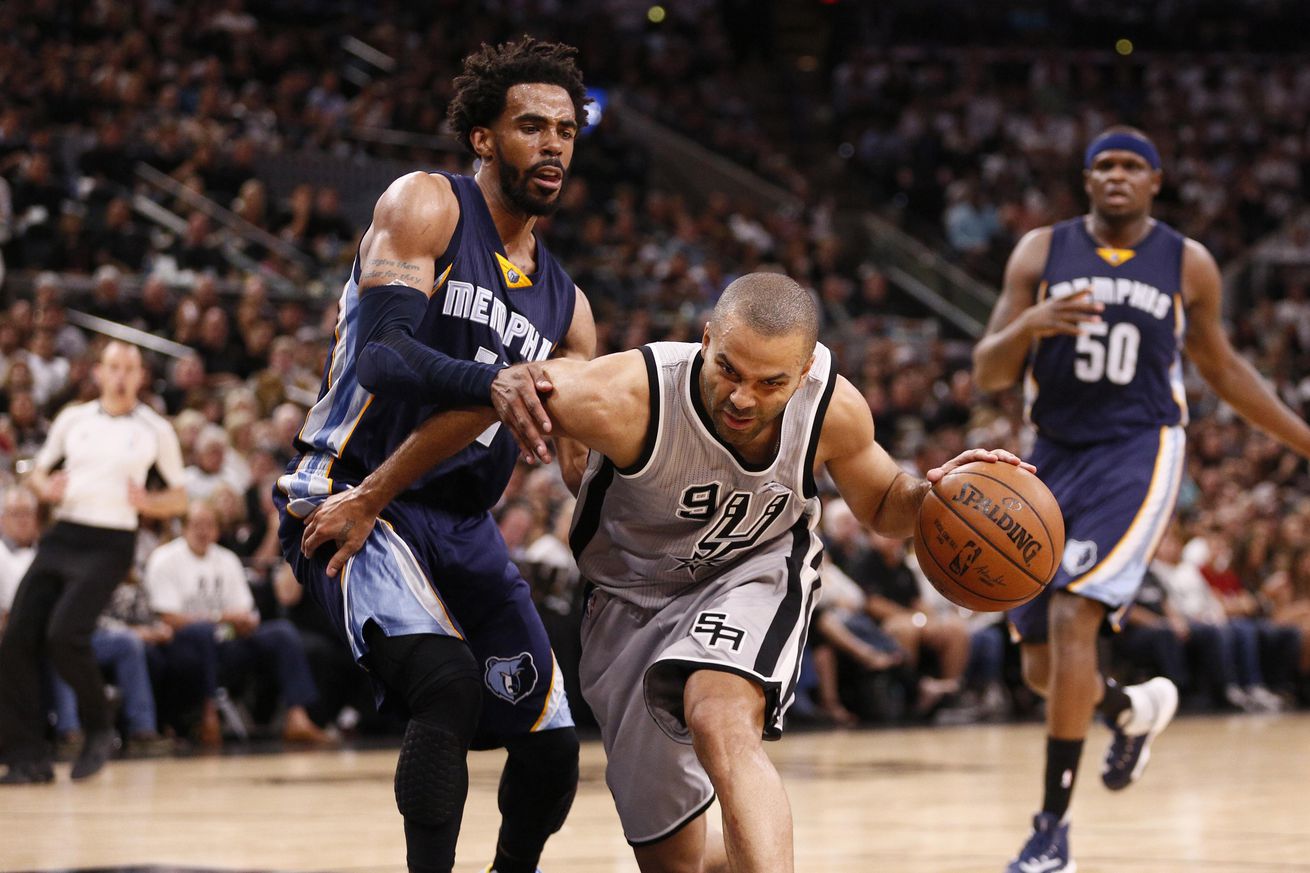 Tony Parker admits he’s too old, but not in the way you think. He’s not too old to play, but rather he’s old to listen haters complaining about how he’s dragging the Spurs down and should leave the game. He admitted as much after a throwback performance in Game 1 in which he outperformed Mike Conley, and also noted that only the person he has to please is Gregg Popovich.

That performance show what the Spurs are capable of if Parker can consistently play close to that level for the next two months, and while it may be a lot to ask, Amaar Abdul-Nasir of herosports.com goes over how the most overlooked, under-appreciated star of the last decade has a chance to be the most important player in the 2017 NBA playoffs and potentially throw a monkey wrench into the NBA’s entire Warriors-Cavs 3.0 plans.

The votes are in now, but Coach Nick from BBallBreakdown did a video review to make a case for each MVP candidate. Here is his take on Kawhi Leonard (you can watch below or click on the link), and even if he doesn’t win this year, you can bet he’ll be a top candidate for years to come:

Of course, there are more important things than individual awards

Even though early returns indicate it is unlikely that Kawhi will be this season’s MVP (and don’t act like you didn’t see that coming), Bill Difilippo of Upprox points out that a regular season award isn’t what will cement his status as Tim Duncan’s heir-apparent, but defeating the seemingly unbeatable Warriors in the playoffs will. Of course, the Spurs have to get there first.

The Red Mamba’s journey to the broadcasting booth

It took a few months of no phone calls to figure it out, but once Matt Bonner knew his playing career was likely over, he already knew what his next career move would be. However, it wasn’t a job that he wanted to be handed to him because he’s a former Spur; he wanted to earn it. Scott Cacciola of The New York Times goes over how San Antonio’s favorite ginger has been building a resume for his post-playing career for almost six years now.

Been there, seen that

In case you missed it (or just didn’t care to watch), yesterday’s Game 1 between the top-seeded Golden State Warriors and eighth-seed Portland Trail Blazers was an excellent game. Not only did the Blazers keep things tied up through three quarters (despite no Jusuf Nurkic) before the Warriors did what they do and turned it on in the fourth quarter, but it took what is apparently a historic stat line from Draymond Green to overcome them. Here was Steve Kerr’s response:

Now I will readily admit that is an impressive performance by Green and worthy of any coach’s praise, but it got me to thinking…I have seen an equally if not more impressive performance in a playoff game. It was from one of Kerr’s former teammates, and he was on the sideline to witness it. Behold, Tim Duncan in Game 6 of the 2003 NBA Finals:

Of course, Timmy had no steals in that game, but his block total still adds up to the block and steal total of Green’s, and needless to say it was against much stiffer competition with much more on the line.

This is not to take anything away from Green, who is the likely Defensive Player of the Year and showed why, but the answer Kerr’s question of “who else can do that” is simple: it’s Timothy Theodore Duncan.