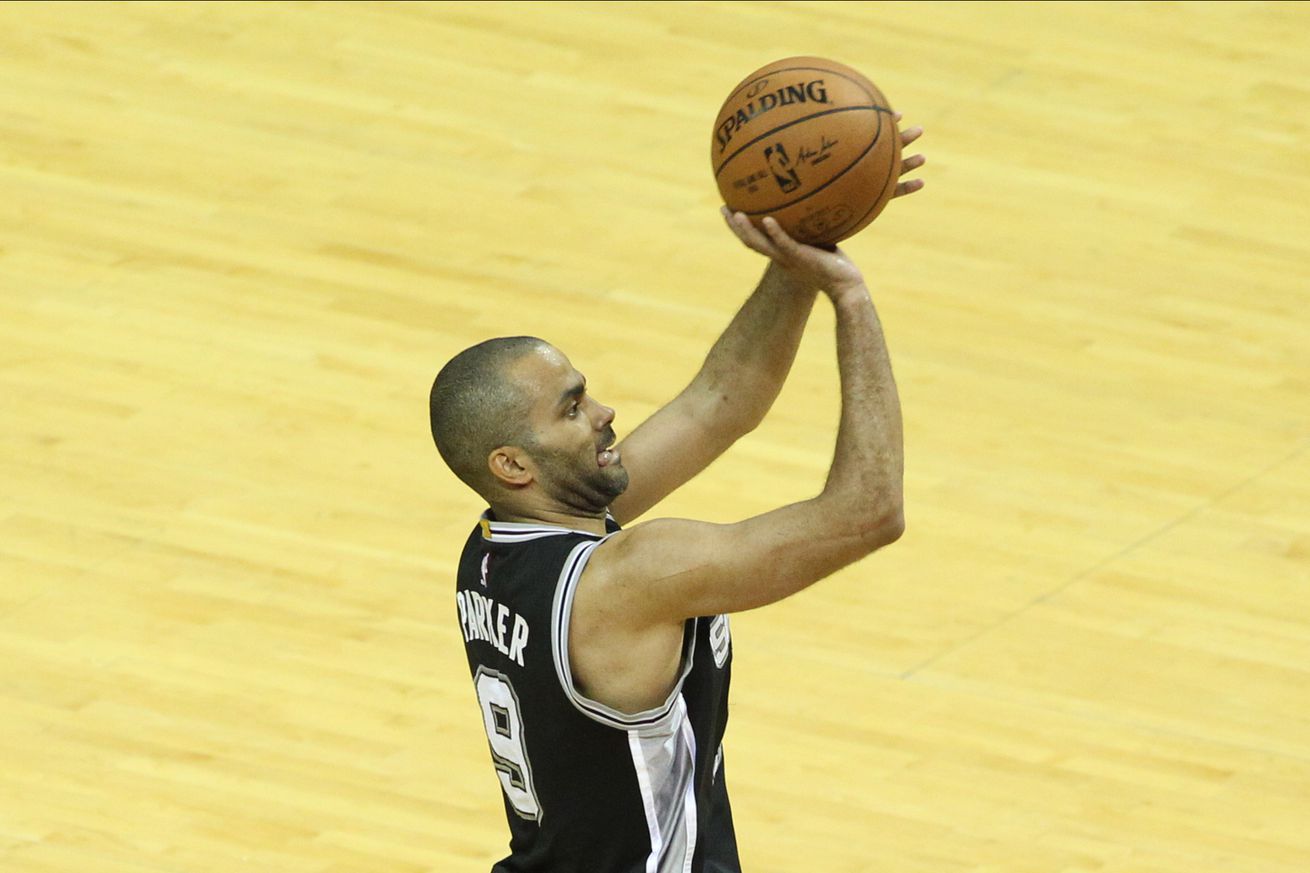 Parker saved his best for last, capping off his 16th NBA season with a throwback playoffs that ended too soon.

Tony Parker’s 16th NBA season went more or less the way you’d expect from a point guard who’s steadily transitioned from fleet-footed playmaker to minimalist caretaker. He was used more off the ball, played less minutes per game, and was increasingly selective with his forays into the paint. He found a bit more volume and efficiency in his three-point shooting, but remained more of a sporadic spot-up shooter than pull-up threat. His defense became more exploitable with Tim Duncan gone, and his numbers continued to approach career-lows — in both per-game and per-36 — fueling the swell of takes that he was, indeed, washed up.

And then the playoffs happened.

Against Memphis, Parker transformed into his 2014 self, providing the perfect counter-weight for Kawhi Leonard on the perimeter. With the Grizzlies dedicated to stopping Leonard, Parker provided a great combination of spot-up shooting and shot-creating, especially in late-shot-clock situations. He had a number of big plays in the series, including a pair of buckets to help close it out in Game 6.

Parker hasn’t always been healthy heading into the postseason, but he looked great this year. He was active offensively, serviceable defensively, and shot well from all over the floor.

Through (almost) eight games, he was the second-best Spur on the floor, averaging 15.9 points while shooting 52.6% from the field and 57.9% from three. The Spurs even found success in playing Parker and Mills together, especially at the end of games. Having three ball-handlers on the floor enabled the Spurs to spread the offense more, and it meant having multiple options whenever they were forced to reset. In 24 minutes together, the Mills-Parker duo put up a robust 72.4 net rating which is all the more impressive for when those minutes came; when the game on the line.

Parker scored 18 or more points in half of his playoff appearances, including in Game 2 against Houston. He made eight of his 13 shot attempts that night, which included an up-and-under scoop on Eric Gordon and one of those turnaround over-the-shoulder flicks where he’s not even looking at the basket. It was in many ways a vintage Parker performance, which made his final play of the year — a routine teardrop attempt with under nine minutes to go and his team up 14 — all the more frustrating.

For Parker, it meant the abrupt end to the season, as well as a significant obstacle heading into perhaps his last contract year. For Spurs fans, watching a key player get carried off became an all-too-familiar sight in their snake-bitten postseason, with superb performances like Parker’s pushed down on the list of narratives. It’s an unfair way for any playoff run to end, but especially for an aging great who may not reach that level of play again.

San Antonio now needs, in the least, a stopgap replacement at point guard while Parker recovers, with the hope being that he can recover and contribute well in the second half of the season. By that point, a successor to the man who’s held down the fort for 16 seasons may already be in place.

That Parker has held onto the job for this long is impressive in of itself; that he was able to cap off year 16 with a run like he did should have fans all the more appreciative.