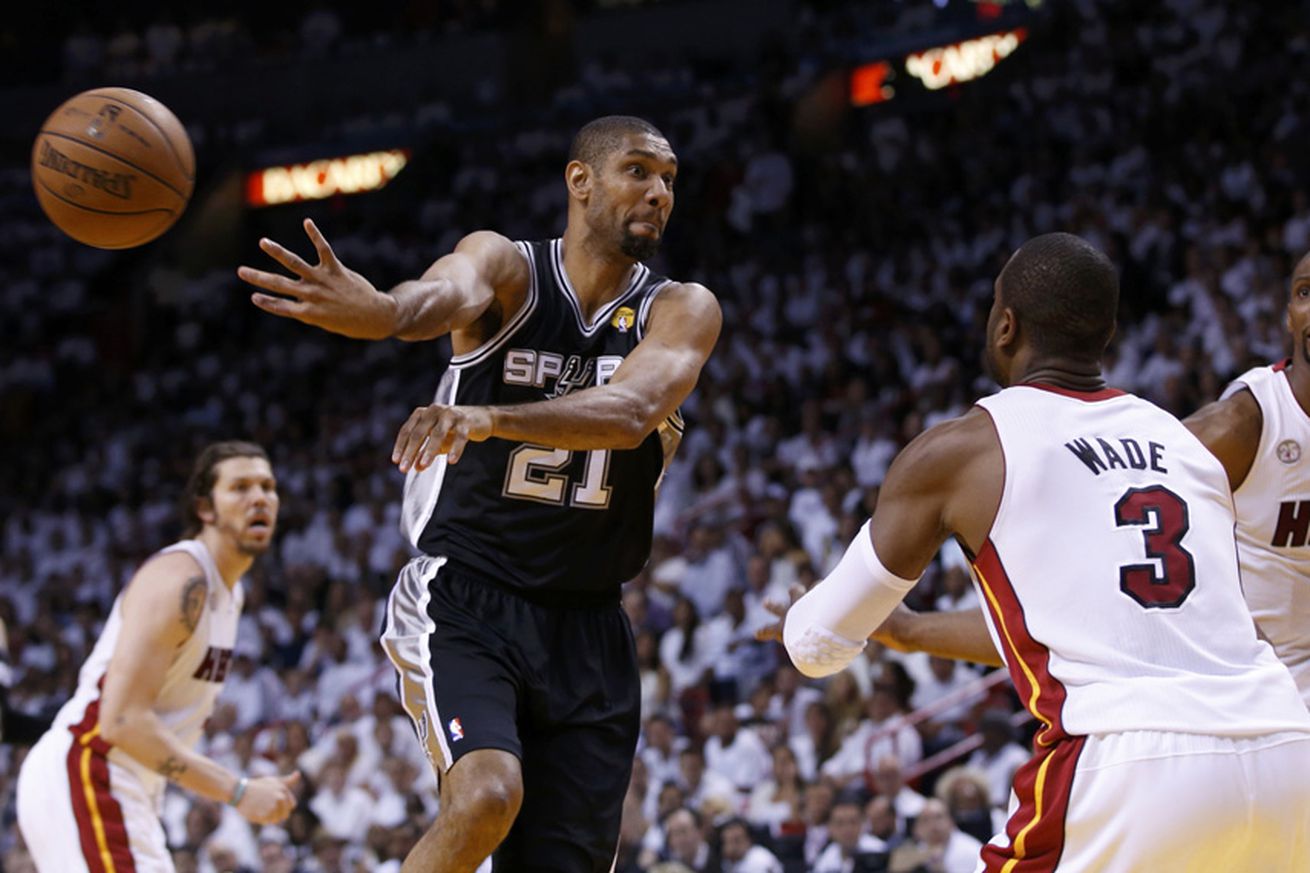 The first in a series focused on the best and most underappreciated skills displayed by Spurs.

A few months back, a sportswriter of some note published an article entitled ‘The 19 Boringest Athletes of All Time’, and unsurprisingly, two former Spurs players made the list. Now, I’m aware that as a San Antonio Spurs homer I’m prone to certain biases, but I’ll willingly concede that the Spurs teams of the early-to-mid aughts (a.k.a. the 2000’s) were not the most exciting examples of basketball played in the history of the NBA, particularly when compared to Michael Jordan’s prime and the latter years of Magic Johnson’s Showtime Lakers. However, what I’m not willing to concede is that there isn’t a beauty in styles of play that might be “boring to watch but brutally effective.”

I don’t know exactly what it was about this single article among countless others that so successfully got my goat. Maybe it was the tone. Maybe it was the writer’s asinine assertion that the hyper-athletic David Robinson would “get ruined” in this golden era of switch-happy defense, milquetoast post play, and small-ball rim protection. Or maybe it’s because I’ve spent the last twenty years paying attention to players that the majority of fans found to be less than invigorating to watch. In any case, brutal (and nigh unstoppable) efficiency is one of the things I appreciate most when it comes to the world of sports.

The way I see it, almost every NBA player whose career has had any real longevity to it, has managed to hone at least a singular part of their game that helped them not only last but thrive, even if it wasn’t always pretty. It could be “His Airness” endlessly jab-stepping his way to a second three-peat, or “The Diesel” spending ten solid seconds leaning on and backing down his defender before drop-stepping away and into one of the signature dunks. Those who did not harness a signature move waned when their main weapon: once-in-a-generation athletic ability and talent, left them standing as diminished reminders of their former glory. (Dwight Howard, Allen Iverson, and Carmelo Anthony come to mind.)

And yet, this sort of specialization isn’t limited only to star players and veterans of note, but can often be one of the defining qualities that separates an end-of-the-bench resident from a vital role player, which can often be the razor-thin difference by which NBA championships are won and lost. That’s certainly been the case here in San Antonio, where those players with “specialties”, be it a star or role player, are often lauded and beloved.

As such, I’ve compiled a list of the grittiest, most overlooked (even by Spurs standards), and most singularly unflashy moves — a.k.a. the “Spursiest” — in the San Antonio Canon. They won’t be particularly pretty, and they won’t win any awards, but they will absolutely, positively, Get. The. Job. Done. And after five championship parades and twenty plus years of success, I think we can all agree that that’s all we’re really interested in anyway.

I decided to limit myself to one entry per player, otherwise there would have been an awful lot of redundancy in regard to the player(s) being featured, but I think you’ll find plenty of familiar faces just the same. They will be released throughout the week, beginning today with:

*I fully concede that this is cheating, but limiting Timmy to just one entry on this list seemed like a much greater offense, so I’ve made my peace with it.*

In recent years much has been made of big-men like DeMarcus Cousins and Blake Griffin occasionally running the point, and (much more deservedly) Nikola Jokic’s gaudy assist total, but it’s the mastery of this fine-tuned art that evades so many young and talented big-men as they instead place precedence on their ball handling skills and long distance shooting. Sure, there’s been some attention given to Kevin Love’s proficiency, but not even that marginal level of adulation was allotted to Tim’s precise and almost mindlessly dependable work as he brought down rebound after rebound and then flung each and every ball with near-perfect accuracy to the head of the fast break, even after his declining speed and knee cartilage prevented him from keeping up.

Sure, they might not have been as flashy or as breathtaking at Wes Unseld’s (though he was arguably the GOAT of outlet passing, so that’s a pretty high bar), but when is the last time you can remember Tim throwing an errant outlet pass? Rationally speaking, I know it had to have occurred more than once, but I honestly cannot recall a single instance. And if reliability is sexy, that’s as reliable as it gets. Don’t believe me? Then I suggest you close the blinds, dim the lights, and turn up the volume for these slow jams. Your basketball loving heart will thank me. Your significant other, however, might not.