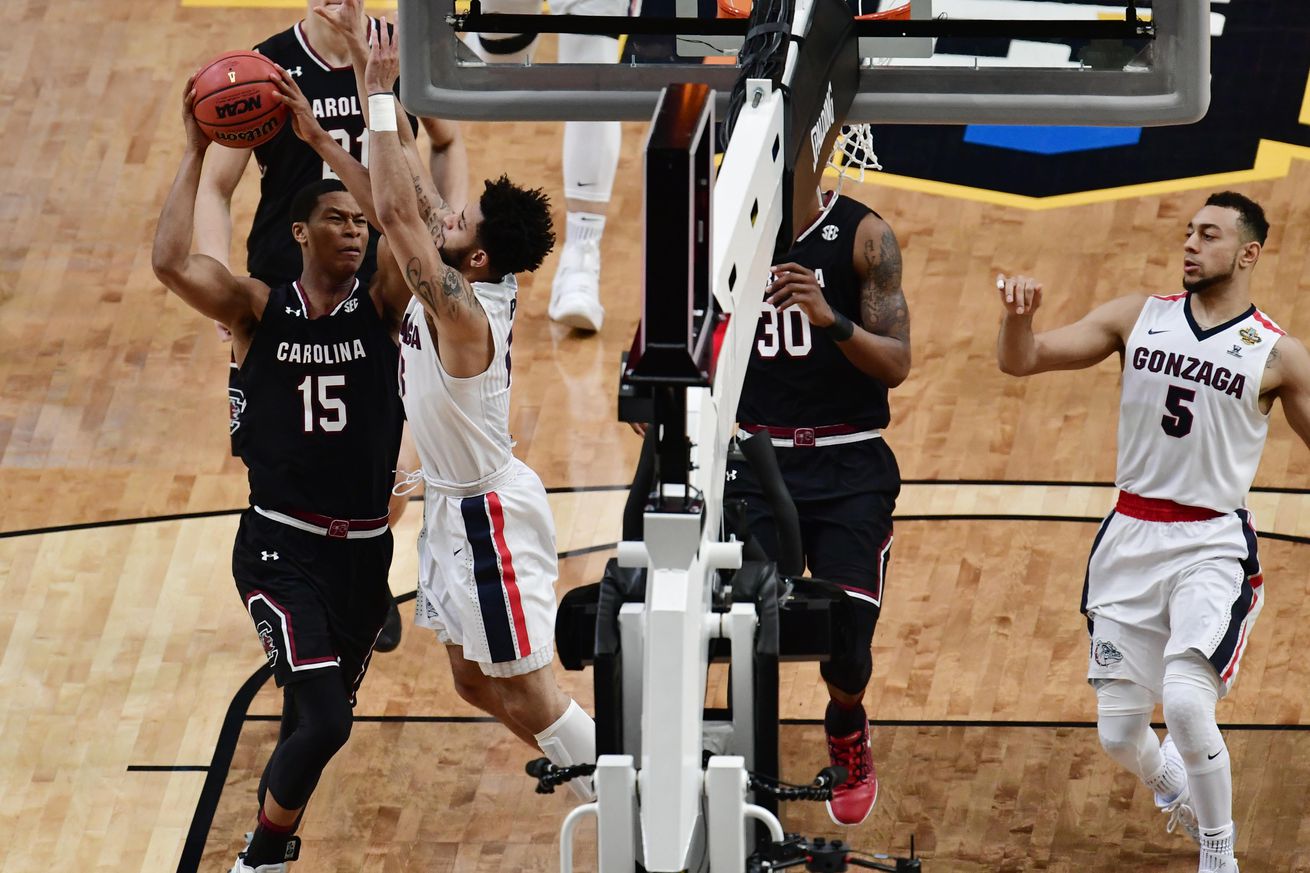 With the draft approaching, here’s a look at some prospects that could fit with in San Antonio.

The Spurs enter an offseason with uncertainties at a number of positions. Most will be addressed in free agency, but never underestimate what this front office can do with a late first-rounder. Here’s a look at some of the draftees that could make an instant impact and be effective for a long time in San Antonio.

Oregon forward Jordan Bell was one of the best players in this year’s big dance, putting up an 11-point, 13-rebound, 8-block performance against Kansas that helped push the Ducks into the Final Four. With a defensive edge that could make an immediate impact, he should be a priority for any team drafting late in the first round, should he fall that far.

Averaging 10 points, eight rebounds and three blocks as a junior, Bell was awarded PAC 12 Player of the Year honors. His defense is exceptional, with strong instincts that allow him to position himself well for a block or a rebound.

But why would Bell be a good pick for the Spurs?

Bell has been listed as one of the best at-rim players in the entire draft, with a shot-blocking ability that could fortify any defense. The Spurs have been one of the best defensive teams in the NBA over the past few years, and while they have a couple of older big men on contract, if LaMarcus Aldridge is dealt, Bell could be a smart move for the future. He’d also be able to team up alongside 27-year-old Dewayne Dedmon to become one of the best shot-blocking duos in the NBA.

Villanova SF Josh Hart received the Julius Erving Award winner for Nation’s best small forward and is projecting to be drafted in the second half of the first round. The 6’5 Hart had a very good senior year, and can pretty much do it all. He attacks the rim, has excellent slashing ability, and developed into a three-point shooter too, improving from 31.3% as a freshman to hit over 40% on five attempts per game his senior year. Finally, his improved drive-and-pass-out game would help him fit in Popovich’s system.

Dozier opened many eyes this tournament as part of that South Carolina’s Cinderella run to the Final Four. The 6’6’’ forward is a special player based off of his skill and body, and became one of the most athletic forwards in the country.

Dozier is a freak athlete who runs the floor at an amazing rate and is always in the middle of plays on the defensive end. He created many offensive chances this season, learning how to be effective off the screen and use his athleticism in the post.

On the defensive end, Dozier became one of the best forwards in the nation in steals, ending his last season with just over 2 per game. Dozier is a unique player who if developed could potentially turn into a rotation player in San Antonio. He’s not highly touted in many of the mock drafts, but could be viewed as a sleeper come draft night.