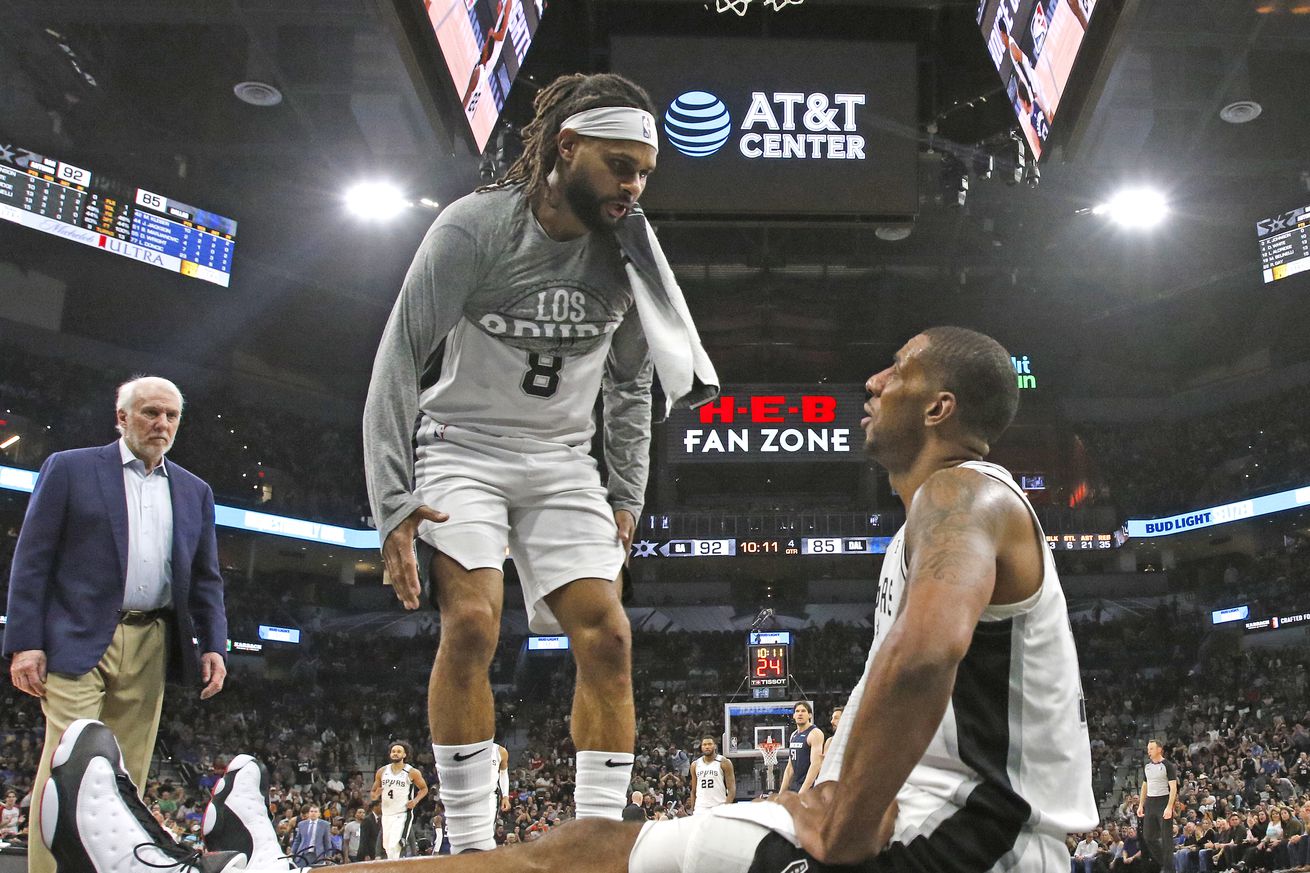 But I decided that the only appropriate intro was from Henry Wadsworth Longfellow:

”There was a little girl,
Who had a little curl
Right in the middle of her forehead,
When she was good, she was very very good indeed,
But when she was bad she was horrid.”

I assume all Spurs fans noticed this, reflected in the palpable frustration many of us felt. When I went back and looked at the (shortened) season as a whole, the girl with the curl nature of the team became clear.

The first confounding loss occurred early. Coming into a November 5 game with a solid 4-2 record, the Spurs face-planted in Atlanta, losing 108-100 to a team that everyone correctly predicted would be bad — the Hawks wound up 20-47. The Spurs then turned around and beat what turned out to be good OKC team (40-24 on the season), theoritically righting the ship.

After the OKC win which made them 5-3, the Spurs lost 8 in a row, including two inexcusable losses to the woeful Timberwolves (19-45), including one at home, and a loss to the Wizards (24-40). Naturally, the Spurs broke out of the losing streak by beating a leading title contender, the L.A. Clippers (44-20). All is well, right?

The Spurs followed the invigorating win over the Clippers by losing to a weak Detroit team (20-46). To make matters worse, the Pistons absolutely blew out the Spurs, 132-98. Yikes. A loss like that can break a team.

After getting blown out by the Pistons, the Spurs came home to face a strong Houston Rockets team (40-24) and had to play without the Spurs’ most indispensable player LaMarcus Aldridge. The Spurs came back from 16 down with 7:20 left (and down 6 with 45 seconds left) in the fourth, eventually beating the Rockets in double overtime, highlighted by a star-making game by Lonnie Walker IV. (I rewatched that game the other night. Even on replay, I didn’t think the Spurs would win.)

Fresh off the most exciting Spurs win of the season, the Spurs hosted the terrible Cleveland Cavs (19-46) — and lost. Which surely foretold a loss in the Spurs’ next game against the powerful Milwaukee Bucks (53-12).

The Spurs blew out the Bucks 126-104, looking like the better team throughout. This was the Bucks’ biggest loss of the year, and their only loss all season to a sub-.500 team until a March 8 game against Phoenix which Giannis missed.

The Spurs followed with a stunning win at Boston (43-21), a road loss to an underrated Memphis team, and then another impressive win, beating the defending champion Toronto Raptors (46-18). The Spurs followed the three wins against excellent teams with yet another home loss, this time to the Atlanta Hawks. This meant that the Spurs were swept for the season by the Hawks, a team which remained terrible when playing anyone other than the Spurs.

The Hawks loss “spurred” the team to buckle down, and the Spurs won three in a row. But they then lost, at home, to the Suns and on the road, to the Bulls, teams that wound up winning only 26 and 22 games on the season. Those losses led to a trip to one of the toughest places for a road team to play — where (of course) the Spurs decided to beat the Utah Jazz (41-23). And then lost 5 in a row.

The Spurs followed those five losses by beating OKC (again) and the Jazz (again). Which was great, other than the fact that the Spurs capped those two impressive wins over playoff teams by losing (again) to the dreadful Cavaliers — by 23 points. And to wrap up the season (prematurely), Spurs finished with yet another good win over a solid team, beating Luka Doncic and the Mavs (40-27).

To summarize, the Spurs had ten impressive “no one would have predicted” wins over the elite teams in the league. Unfortunately, the Spurs negated those ten wins with an equal number of inexplicable losses to the dregs of the NBA.

Whether or not they get a chance to tip that scale back in their favor will depend on if the season resumes and how many games they’ll get to play, but for now all we have is this team and their current 27-36 record to go by when answering the question: Which were the “real” Spurs?

Was it the very good indeed team that could beat anyone in the league, or the horrid one which could lose to anyone? Like the Girl with the Curl, the Spurs were both.