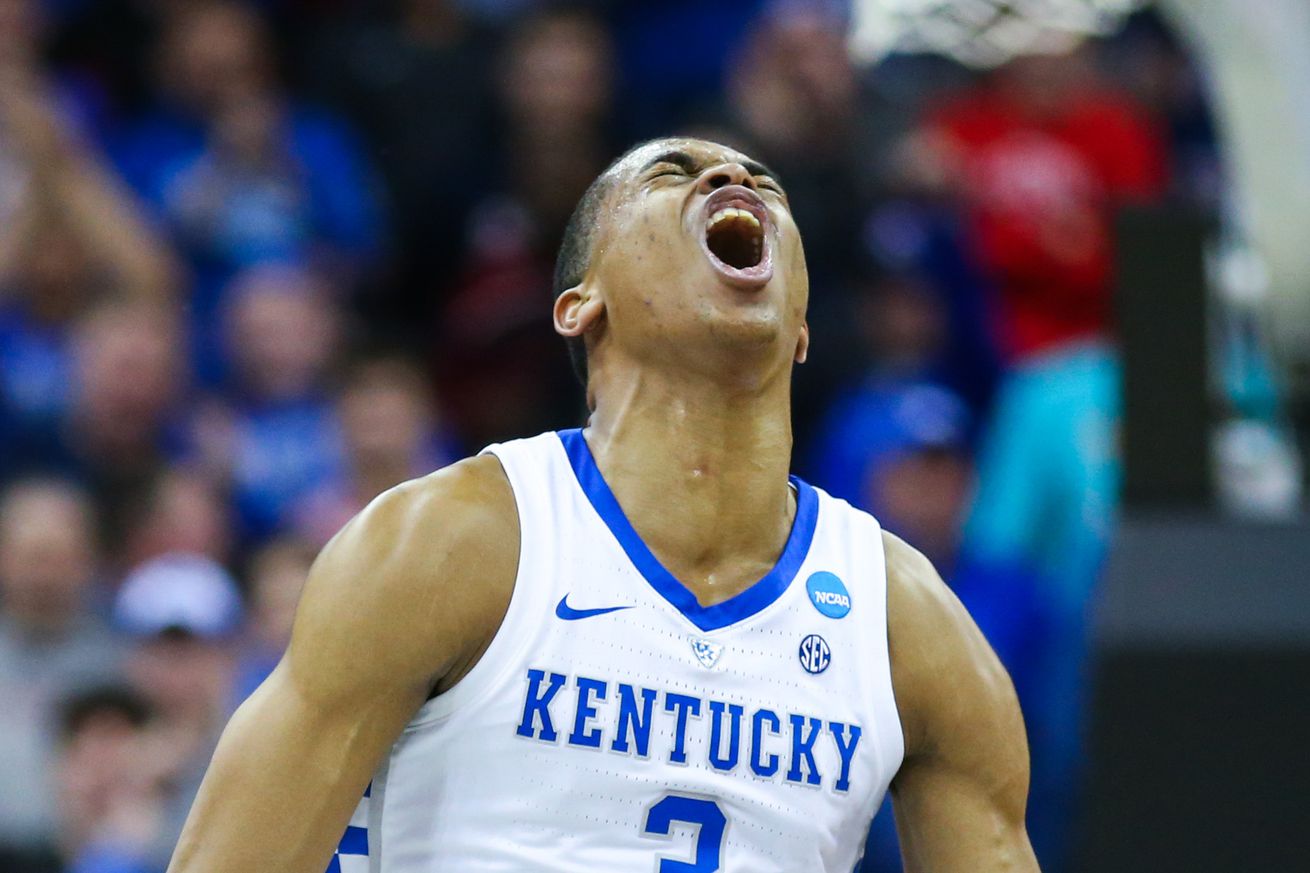 If this doesn’t get you hyped up about Keldon Johnson joining the Spurs, nothing will. One of the biggest areas the Spurs were sorely lacking in last season was perimeter defense. Some of that will be addressed next season with the return of Dejounte Murray and continued improvement from players like Derrick White, but there’s sill a hole to fill on the wing.

Enter Johnson. a 6’6” swingman with a 6’9 1/2” wingspan. While those dimensions may not jump off the page at you like a certain nephew, they’re very similar to another All-NBA defender the Spurs had in that same era: Danny Green. Johnson was best known for his defense coming into the draft, and combined with his respectable outside shooting he was expected to go higher than he did.

He didn’t, and as is often the case with the Spurs and the 29th pick in the draft, it’s looking more and more like they got a steal once again. Just look at this video posted by Spurs Family on Twitter (a great following if you don’t already) highlighting his ferocious defense at Kentucky:

Keldon Johnson gonna start fights with this type of defense and hustle pic.twitter.com/dEWgrsotQo

He’s almost like a combination of Patty Mills and his “Tasmanian Devil” ferocity with the discipline to stay in front of his man and contest, similar to Green. There’s no telling how much playing time Johnson will get his rookie year but he just might be able force his way onto the court earlier than many with his defense. It’s something the Gregg Popovich highly values in players, and just like Murray and The Nephew, Johnson may have what it takes force his hand.

This video should get Spurs fans fired up about Keldon Johnson’s defense
Source: Pounding The Rock