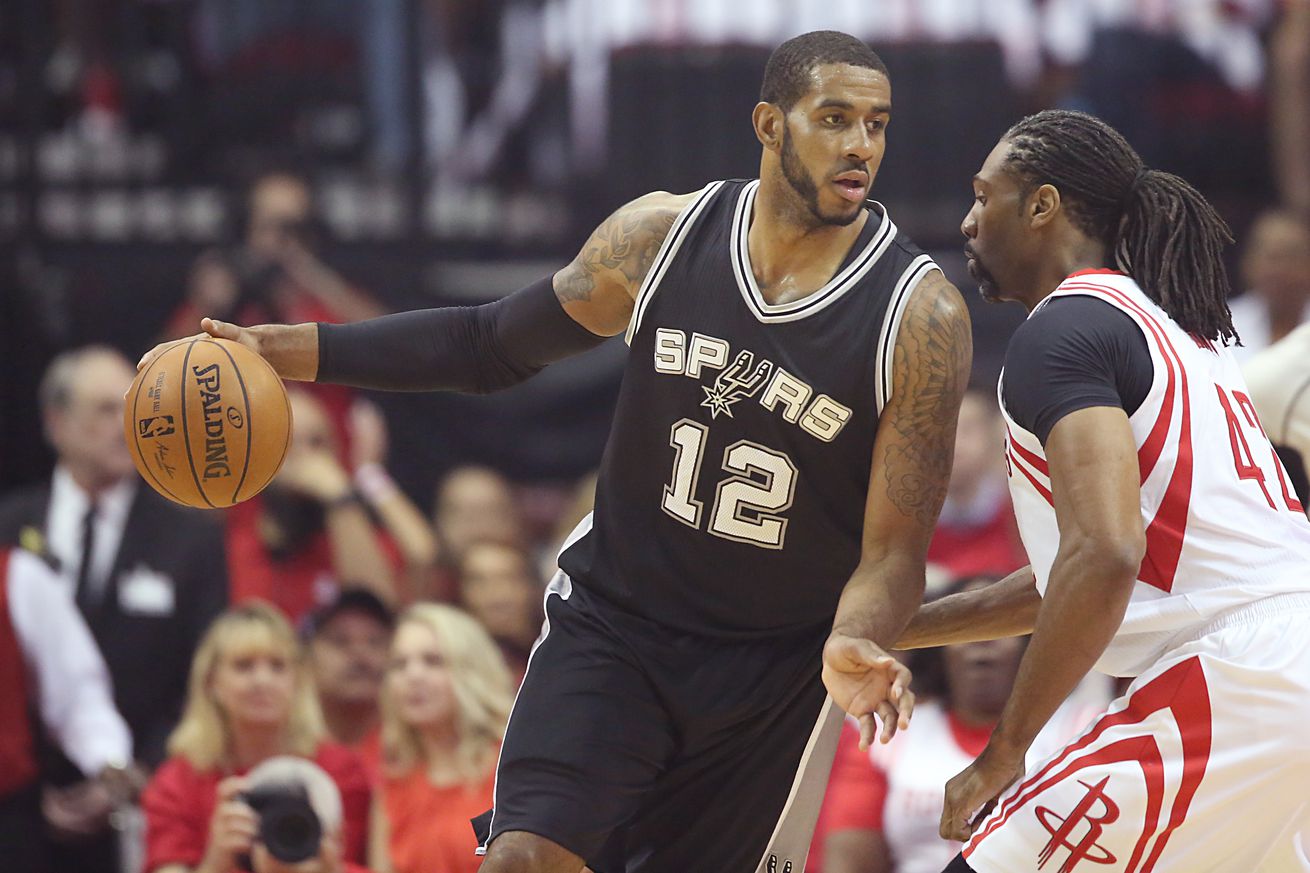 The Spurs went to Houston under a whirlwind of emotions. With Tony Parker out for the remainder of the playoffs with a now surgically repaired torn quadriceps tendon, the Spurs had to face the reality of playing a playoff game without the Wee Frenchman for the first time in sixteen years while also remaining focused on the task at hand.

The other challenge was finding a way to physically replace Parker’s surging production in this postseason, particular as the Spurs second leading scorer and only constant one behind Kawhi Leonard. They needed someone to show up and take over that role, namely LaMarcus Aldridge, and he did just that last night by playing with sense of urgency and making quicker decisions. More of this, please.

Recapping Game 3 from both sides

The writers over at 16winsaring.com looked at what went right or wrong for both teams in Game 3, lessons learned, and provided predictions for Game 4.

Flipping the script on small ball

After a Game 1 blowout where the Rockets sniped the Spurs out of their own building by making threes and getting out in transition against the Spurs’ two-big lineups, it looked like the Spurs were going to have to go small to stand any chance of keeping up in this series. While they have used some small ball, they have found other ways to disrupt the Rockets game plan while staying big, and it all came to fruition in Game 3.

The Rockets didn’t just miss shots last night; the Spurs’ defensive scheme had a lot to do with their struggles as well. From running their shooters off the three-point line, to packing the paint and forcing the Rockets into their least favorite shots in the mid-range, the Spurs defense once again showed why they are the best in the league. Who says Pop doesn’t make adjustments?

Have some juice to go with that juice

Nutrition is a key aspect of professional athletes’ careers, and the Spurs…always a step ahead of everyone else in finding new, innovative ways to keep their players healthy…have taken that a step further by providing each player with their own, personal, custom-named freshly squeezed juices. Kawhi-Zilla sounds good to me, but I’m not so sure about Bala-8…I like my juice sweeter than that.

Rockets fans, I get you booing that call, but have you watched Harden? That’s a go-to for him this season.

Houston fans don’t get to boo that call. Harden’s going to win MVP thanks to a hundred of those calls.

Lou Williams complaining about that kind of foul call is kinda rich.

The Toyota Center crowd is shocked, shocked, that a player would exaggerate contact on a 3-point attempt in this establishment.

It’s not fun having that kind of foul called against your team, is it? Have a good weekend!