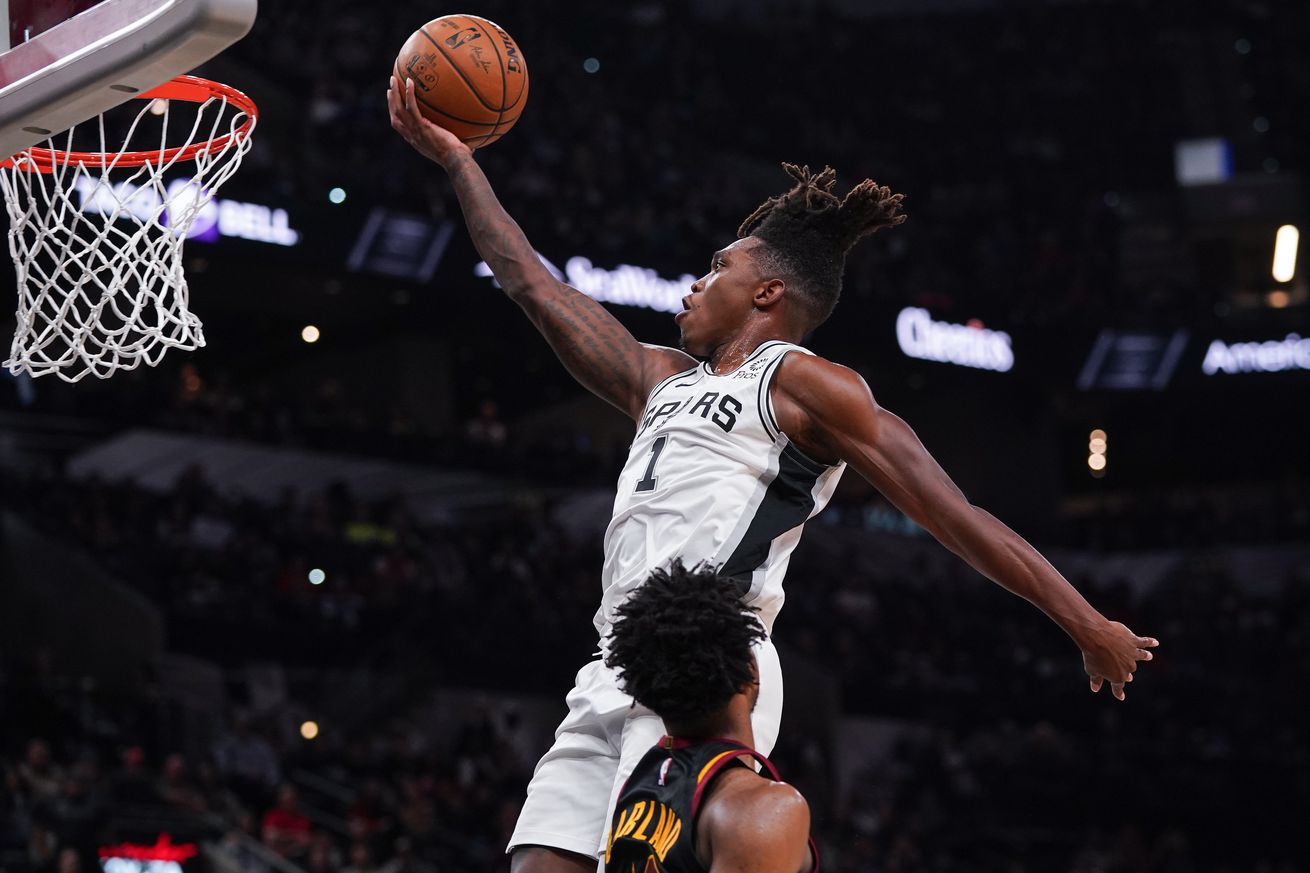 The Spurs started slow, fought their way back in the fourth, and forced overtime for the third game in a row. Unfortunately, the adage “third time’s the charm” didn’t apply versus the Cavaliers as they were unable to extend their winning streak to three games.

San Antonio opened the contest with a post up for LaMarcus Aldridge, and the offense slowed down to a listless crawl. While the Silver and Black operated their attack at an early 2000’s pace, the young guys bestowed fans with the joy of a run and gun basketball.

Lonnie Walker IV gave the Spurs a massive burst of energy when he entered the game, and his breakneck speed led to transition buckets for teammates and himself. The second-year pro played the best defense of any two-guard on the roster and showed off a level of body control we haven’t seen since Manu Ginobili last graced a court.

Despite a lift on Dejounte Murray’s minutes restriction, the spindly guard saw the floor for the least amount of time of the season. He didn’t have his best outing to date, but he still managed a couple of momentum-shifting sequences that got the AT&T Center attendees on their feet.

Derrick White was a man on a mission to redeem himself after a scoreless performance against the Kings in his last appearance. The sharp-witted floor general adapted to every lineup he ran with and was arguably San Antonio’s best player for most of the night.

Last, but certainly not least, we must acknowledge the walking block himself, Jakob Poeltl. Though the Austrian center is often overlooked when discussing the Kawhi Leonard blockbuster, he has fully entrenched himself as a member of the Spurs’ talented young core.

Big Yak may not be flashy, but he does all the little things that contribute to winning. And while the good guys haven’t done much winning this season, San Antonio looks like an entirely different team when Poeltl anchors the interior. Thursday night was no exception.

The seven-footer stuffed the stat sheet with 4 points, 3 rebounds, 2 blocks, 2 steals, an assist, and no fouls or turnovers. His outstanding footwork and active hands make him a threat to disrupt the opposition inside the paint, and Kevin Love will likely think twice before challenging Jakob to protect the rim.