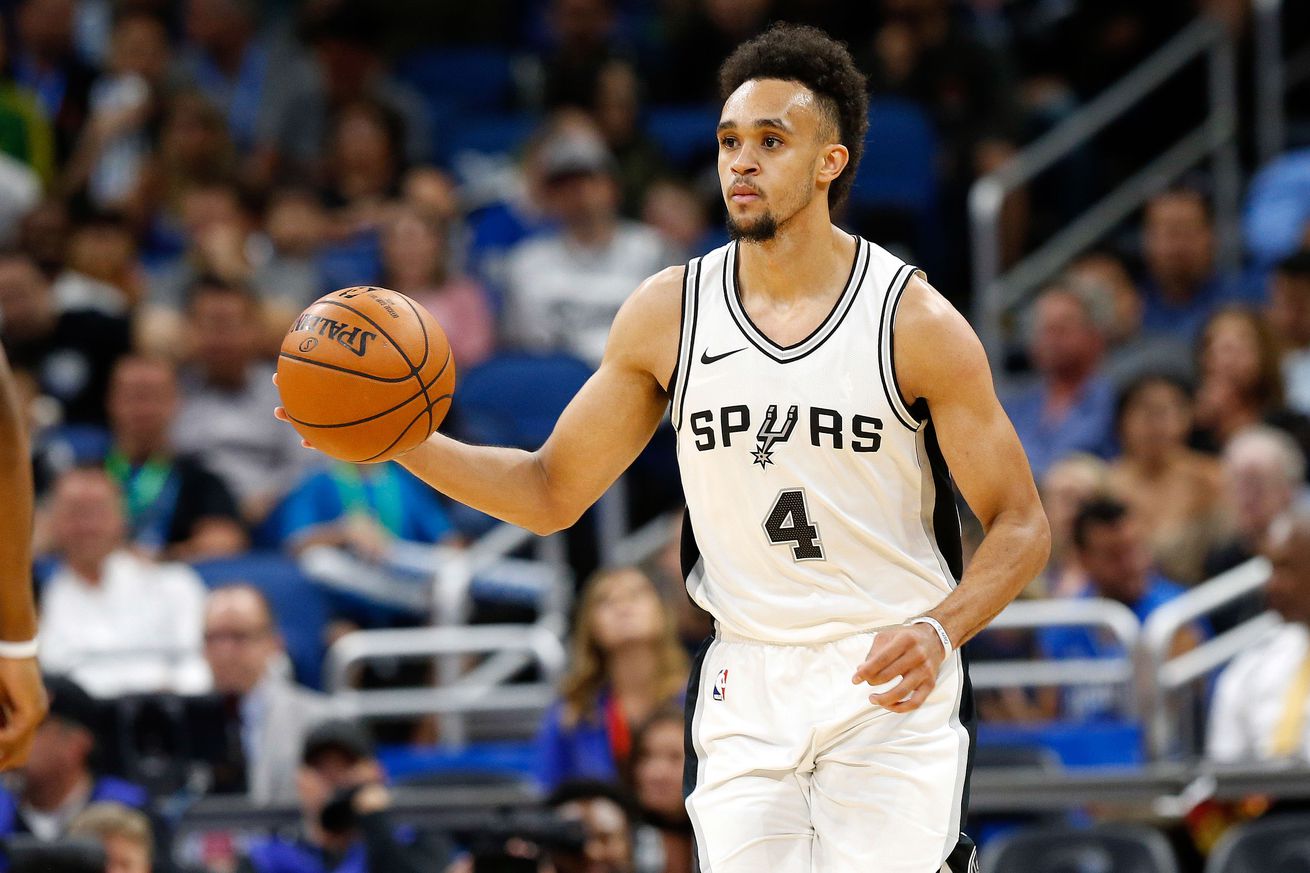 They also currently have no plans of signing or trading for another guard.

It has been a trying preseason for the San Antonio Spurs from an injury standpoint, but they are ready to move forward with the players they have. (How many different times are we going to hear this theme this year? 2018 needs to end, already.) Ever since Dejounte Murray was lost to a torn ACL, there has been plenty of debate over who will start at point guard for the Spurs both in the short and long term. For now, there appears to be an answer: former first-round draft pick Derrick White.

As Bruno Passos pointed out yesterday, White was already about to see an expanded role after patiently biding his time in Austin last season, but now it appears the Spurs are confident enough to throw him into the fire full throttle without even easing him into the starting role. That’s a big leap in expectations for a second-year guard who only has one year of division I college and 17 NBA games under his belt, but the even-keeled White seems up to the challenge.

This is also likely a sign that Gregg Popovich wants to keep Patty Mills in his role as a spark plug off the bench where he fits in better with the style of play, and that’s an idea that his veteran leader seems perfectly happy with:

“With that second unit we’re able to move as a team and get the ball moving. It’s so different from how the first group works.”

“It’s going to be whatever’s best for the team. Starting or not, it’s going to be finding out what your role can be and how you can impact the game.”

Of course, this isn’t a decision that’s set in stone just yet. White will have to prove he’s ready for the monumental task of being the main facilitator for a team whose goal remains to make the playoffs in a stacked Western Conference. He started the preseason with a shaky handle on the ball due to some jitters, but the pressure is really on now, so he can’t afford to let his nerves get the best of him.

However, White still has several factors working in his favor. While not nearly as athletic or the defensive stud that Murray is, he’s no slouch and has good size for an NBA point guard (6’4” with a 6’8” wingspan). He also has a high basketball IQ, a more well-rounded game and shooting range on offense, and he could potentially fit in better with a starting unit just by spacing the floor for a group that will feature two iso-centric players in LaMarcus Aldridge and DeMar DeRozan. Should DeRozan get more ball-handling duties, White’s advantage as a better shooter off the catch will help him fit in as well.

Finally, more proof that this is the direction the Spurs plan on taking for now lies with The Athletic’s Jabari Young (yes, the Jabari Young previously of the San Antonio Express News), who, according to league sources, is reporting that the Spurs currently have zero plans of adding another back court player to the roster either via trade or free agency. They are likely trusting that their current group will get it done by committee, and once Lonnie Walker IV returns from his own knee injury he will be able to help fill the depth chart back out as well.

There is nothing ideal about losing Murray for potentially the entire season, but the Spurs plan on making it work with the parts they have, and who knows? It just might unearth a whole new layer of this team that we never knew we had. The Spurs open the regular season in seven days, so be ready!