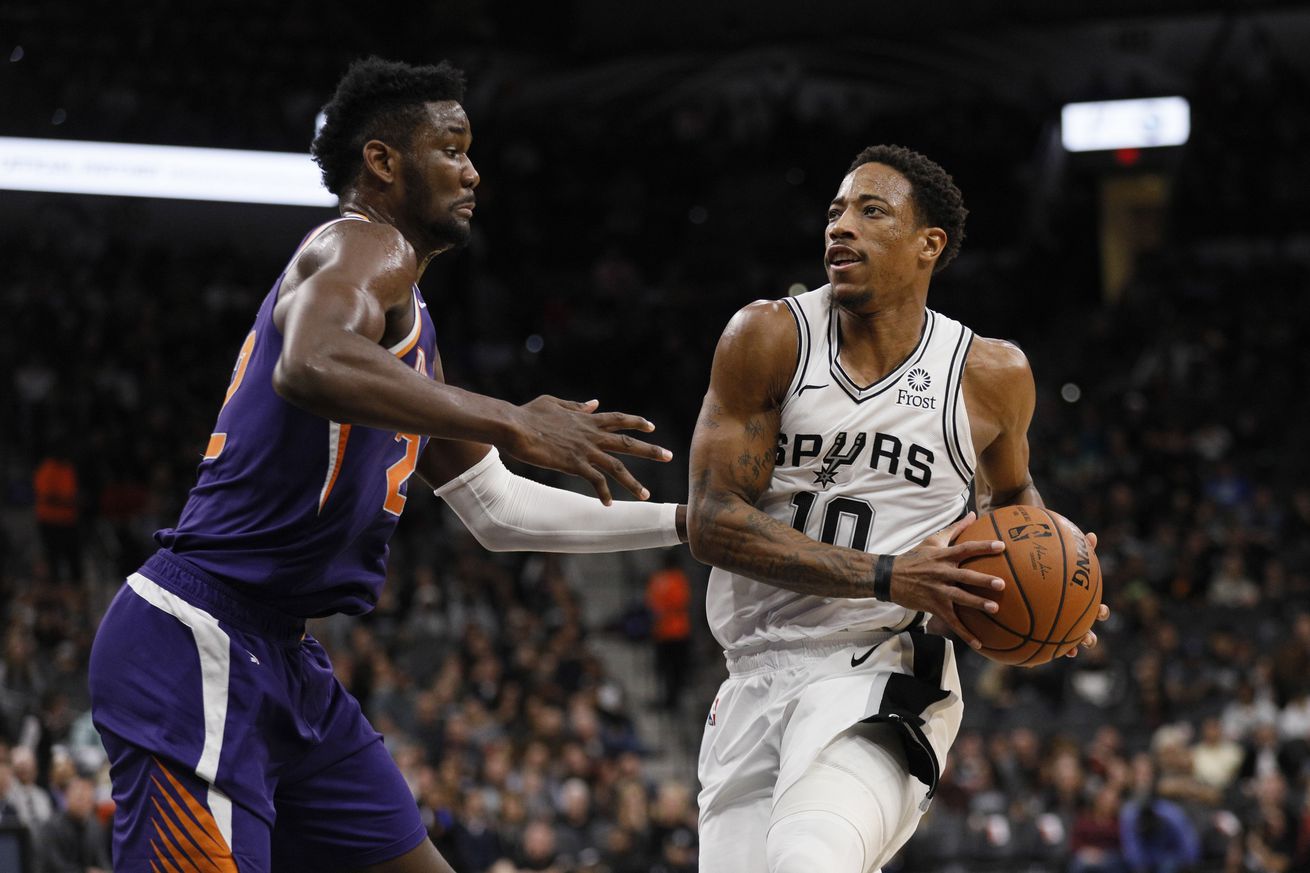 The San Antonio Spurs are headed back to Mexico City next season to take on the Phoenix Suns on December 14. Per the Spurs’ official press release:

The San Antonio Spurs will take on the Phoenix Suns in Mexico City’s Arena Ciudad de Mexico on Saturday, Dec. 14, marking the 30th time that two NBA teams have faced off in Mexico since the league began playing in the country in 1992. The NBA Mexico City Games 2019 will also feature a matchup between the Dallas Mavericks and Detroit Pistons on Thursday, Dec. 12.

Both games will be broadcast live on ESPN Deportes, Televisa, and NBA League Pass in Mexico, and will reach fans in more than 200 countries and territories. The trip will also feature NBA Cares community outreach initiatives. Ticket sales information will be announced at a later date. Visit Spurs.com/Mexico for more information.

“It’s an honor for the Spurs organization to be able to represent South Texas and the NBA by once again playing in Mexico City,” said Spurs President of Sports Franchises R.C. Buford. “The relationship between our community and Mexico is important and impactful on many levels. We look forward to a wonderful experience and are excited to share Spurs basketball with all of our fans in Mexico.”

The Spurs’ only other regular season game in Mexico City was a 108-105 loss to the Suns in January 2017. They were also scheduled to play a regular season game against the Timberwolves in December 2013, but it was postponed and rescheduled in Minneapolis after a generator failure caused a power outage and filled the arena with smoke, forcing an evacuation.

This triggered another classic Gregg Popovich vs. David Stern mini-battle — the two were already on sour terms after Pop had triggered Restgate a year prior — as Pop decided to abandon the game and leave the arena before the NBA officially announced it was postponed, while Stern wanted to wait longer in hopes that the game could happen. Pop had his reasons: the Spurs were coming off a back-to-back, having played in Atlanta the night before, then rushing to Mexico City to meet their media requirements the next day.

It is not yet known which team will be considered the “home” team for this year’s match-up, but the lucky team will lose an official home game for the season. It might be the Spurs considering Phoenix was the home team in the 2017 match-up, and while turnabout is fair play, it would be unfortunate considering the Spurs’ struggles away from the AT&T Center last season. Hopefully with more continuity next season it won’t be an issue.

The Spurs will play the Suns in Mexico City on December 14
Source: Pounding The Rock