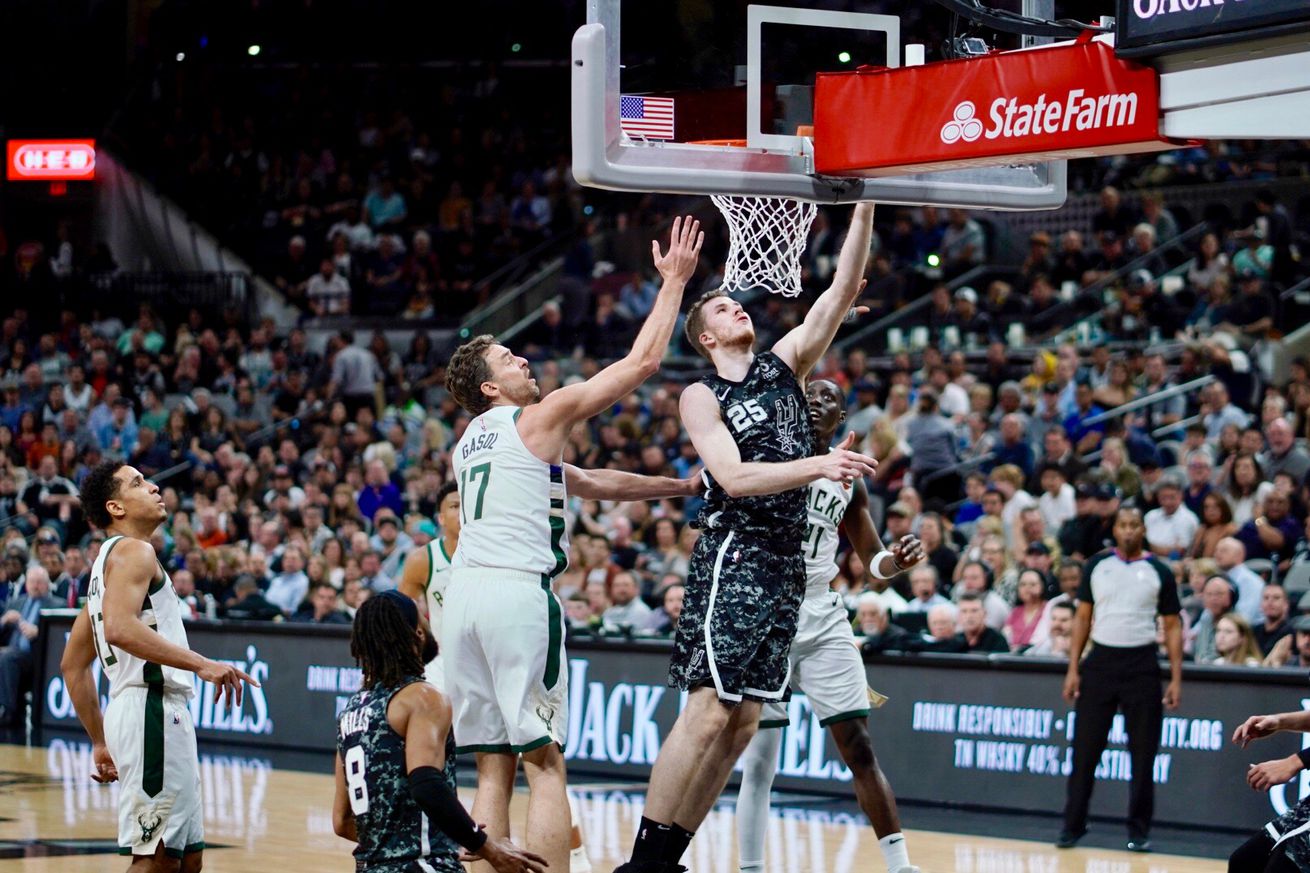 The Spurs can be pretty cold-blooded when they want.

The Spurs have a reputation for taking care of their players. Little things (like reaching a buyout with Pau Gasol in time for him to sign with a contender) matter for one of the best run organizations in professional sports. Pau, by all accounts, was a consummate professional during his time in San Antonio, and if the line of players waiting to talk to him after the game is any indication, a well-respected and well-liked member of the team.

The team’s affection and respect for Pau, however, did not extend to the time he spent on the court during the game. The Spurs’ hunted him over and over again, exposing his limitations at every turn.

LaMarcus Aldridge got it started just seconds after Pau checked in for the first time with 3:28 to go in the 1st quarter, sealing him for an easy turn around. Then, late in the 2nd, he went after him again, taking two strong dribbles into the paint before spinning over his left shoulder for a righty hook.

For the most part, though, the Spurs exploited Pau’s need to drop deep to contain penetration off of screens. (Note: Bucks fans, I recommend you skip this video. Just trust me on this one.)

There’s just no way Pau can effectively guard a pick and roll in the Bucks’ scheme. He has to drop so deep to keep the ball handler from getting to the rim that the mid-range is always open for both the ball handler and the screener. He has no chance of contesting a shooter coming off a screen and worse, the pocket pass to the rolling big is pretty much always open.

It wasn’t all Pau’s fault; there were several defensive breakdowns while he was on the floor that he had nothing to do with. Still, he ended the night with the worst individual defensive rating in a game by any Bucks’ player this season. It’s fair to point out that individual defensive rating is a flawed method of assessing a player’s defense, especially in a one-game sample, but in this case, the numbers line up with what the tape shows. The Spurs scored 159.4 points per 100 possessions with Pau on the court, thanks mainly to mercilessly attacking him in the pick and roll.

If this game is any indication, it will be hard for the Bucks to keep Pau on the floor without deviating quite a bit from their usual defense. It’s possible that having employed him for the last 3 seasons, the Spurs are more intimately familiar with his strengths and weaknesses than anyone else. But if that’s the case, they just showed the entire NBA exactly what the team that knows him best thinks of his defense.