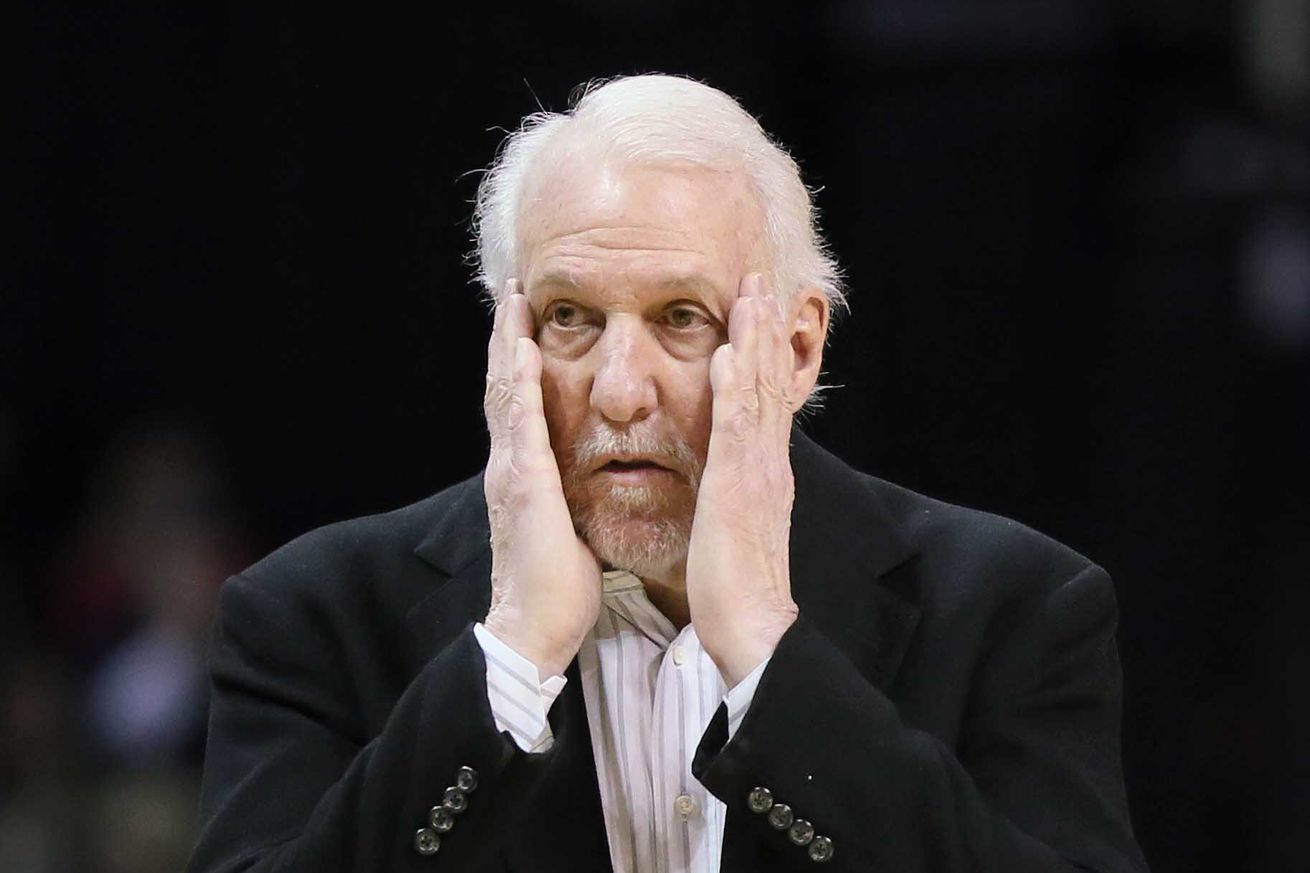 In this week’s staff round table, we discuss the trade deadline, and how San Antonio should deal with the temptation to sign free agents.

The less we talk about how the Spurs have looked over the past week, the better. The struggles to win on the road that affected San Antonio earlier in the season have returned at the worst possible time, as the team embarked in the Rodeo Road Trip. It hasn’t been pretty.

Fortunately, the All-Star break is coming just as the Spurs need it most and the trade deadline and the buyout market provides us with plenty of topics for discussion. PtR contributors Marilyn Dubinski, Mark Barrington, Bruno Passos and Jesus Gomez and Editor-in-Chief J.R. Wilco offer their opinions on those subjects in this edition of our weekly round table discussion, In The Bonus.

The trade deadline has past. Which trade will we look back on as the one that had the biggest impact on the league?

Marilyn Dubinski: If Kristaps Porzingis can get past his injury-proneness, mesh well with Luka Doncic, and the Mavericks can continue to build around those two, that trade could have the biggest impact on the league in the long term. As for this season, several top East teams got stronger, but if I had to pick the single-most impactful one it would be Tobias Harris and Boban Marjanovic to Philly. Harris could be that third (or fourth) star who lifts them to the top of the conference and a good back-up plan if Jimmy Butler bails this summer. And of course, the PER king rules when he’s in Philly.

Bruno Passos: A lot of trades improved teams in the short term (Mirotic to Milwaukee, Gasol to Toronto, Harris to Philadelphia), but I’m not sure any of that matters given Golden State is still there, hanging back and watching it all. The biggest league-changing move to me is probably the Clippers racking up assets and clearing the deck for this summer. They’re well-positioned to make all kinds of moves that could make them a long-term power.

Mark Barrington: Boban Marjanovic to Philly is a game-changer. I’m only partially being facetious about that, because it’s a great landing spot for him, and he has great chemistry with Tobias Harris, so I think the 76ers got a lot better and may be the front runners for winning the Eastern Conference this year. The Warriors will still beat them, barring significant injury, but at least they have a great shot at making the trip.

Jesus Gomez: I’m going to cheat and say that the move that had the biggest impact is the one that didn’t happen. Anthony Davis is still a Pelican, so the league hasn’t really changed. The Harris trade to Philadelphia could be huge, though, since it might swing the balance of power in the East this season and, if the front office manages to keep the four stars together, going forward.

J.R. Wilco: I love the Sixers’ chances to challenge Toronto and Milwaukee now that Philly has Harris. That team is stacked. But if Gasol The Younger is able to push the Raptors into the Finals, and against all odds (and all of the Clippers machinations) Kawhi stays up north, then the Grizzlies’ talent dump might have the most impact

After the deadline comes the buyout market. Should the Spurs be pursuing any free agents?

Dubinski: No one really jumps out as a player who could help the Spurs right away. Perhaps their biggest position of need is SF/PF, but the main two options are Carmelo Anthony and Markieff Morris: two hotheads who aren’t worth the baggage they would bring. I’m happy to keep giving those minutes of Davis Bertans and let him grow.

Passos: Of the names that are left, I’m not sure anyone really helps them. San Antonio’s best path to improvement is by just getting healthy and trying to find that December magic that had them looking like one of the league’s better (and more consistent) squads.

Barrington: There aren’t a lot of guys in that list that would help the Spurs. I like Milos Teodosic’s game, but I’m not sure he’s a good fit. The Spurs need a terrific defender at point guard, and I think that guy’s name is Derrick White.

Gomez: I kind of hope they sign Ben McLemore after he’s done with his 10-day contract in Toronto, just because I’d love to see the Spurs take on the ultimate challenge. Mclemore has all the physical tools anyone could hope for in a shooting guard but has no clue how to play basketball and his effort wanes. If Pop could turn him into a rotation player, it would be proof that there’s no one he can’t fix. Realistically, though, I’m fine with them sitting the buyout market out.

Wilco: All the Spurs should be trying to acquire is health and/or playing time for their youngsters.

All-Star weekend is almost here. Which event are you more excited about watching, if any?

Dubinski: All-Star weekend has never interested me in the slightest, not even when the Spurs had starters in the All-Star game. I would have watched the three-point contest if Bertans was there, but he’s not so that’s one less viewer for the NBA. Not sorry.

Passos: The most (only?) intriguing event for me was probably the All-Star Draft, which has already passed. I’ll use the weekend as a bit of blogger load management and catch the highlights.

Barrington: I’m excited about taking a break from basketball. There are altogether too many games in the NBA regular season, and a few days off will let me finally unpack some of the boxes from my recent move.

Gomez: I like the Saturday night events, so I’ll probably have those on in the background. I’m not hugely excited about this iteration of All-Star weekend, to be honest. I would have been had Bertans been a part of it, but he isn’t.

Wilco: I always watch the All Star Game itself, but this year is particularly alienating because San Antonio could have legitimately had a participant in every event (C’mon, DmDr has enough ups to do the dunk contest) but only got a singleton. White and Bertans were robbed and it’ll be a while before I’ll even consider forgiving the league.

Which Spur is going to benefit the most from the upcoming break?

Dubinski: Derrick White, if only because it’s fewer games without him while his foot heals. Beyond that, DeMar DeRozan could really use the rest, as well as some time to find his game again and get back to his early-season form. An extra 10 days to pump himself up for his return to Toronto won’t hurt, either.

Passos: Hopefully White is the greatest beneficiary, but I’m sure everyone will to some degree. The margin of error for this team is too slim to overcome most injuries, so hopefully everyone returns healthier and more refreshed.

Gomez: I’m going with DeRozan. Something is off about him. It might be physical or mental exhaustion or an actual injury. I have no idea. But hopefully he’ll spend the All-Star break getting back into early season form.

Wilco: For variety’s sake, I’ll say it’s a tie between White and DeRozan. I’m still not sold on him having shook out of his funk.

How do you plan to survive over a week without Spurs basketball?

Dubinski: I often miss the Spurs over the break, but I feel like I’ll welcome the reprieve this time because win or lose, they have been so stressful to watch over the last month. I just started re-watching Seasons 1-7 of Game of Thrones to prepare for Season 8 in April, so I’ll likely spend my spare time on that. Winter is coming!

Passos: I’ve been trying to play myself into actual basketball-playing shape as of late, so less watching commitments should be conducive to that.

Barrington: I’m looking forward to seeing ‘Alita, Battle Angel’, since I was an extra in one or two of the scenes. If you spot me in Iron City, give me a shout.

Gomez: I’ve been meaning to catch up on how Lonnie is doing with the Austin Spurs and whether Nikola Milutinov’s career year with Olympiakos is for real, so I’ll probably spend some night watching some non-NBA ball. Beyond that, I might give Apex Legends a chance. I can’t possibly be worse at it than I am at Fornite.

Wilco: Honestly, my non-sports life has been so busy recently that I nearly forgot the Jazz game was coming up and there was an entire afternoon when I thought that the break had already started. After all, I do have five kids.