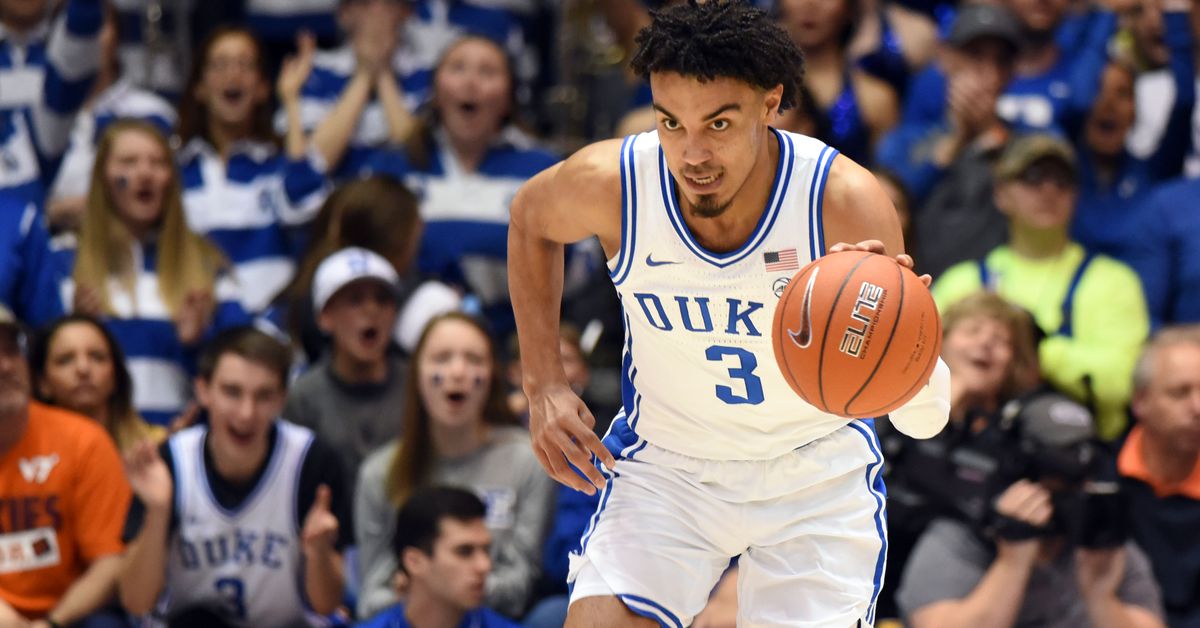 With the 41st pick in the 2020 draft, the Spurs selected Tre Jones, a point guard out of Duke.

The selection will surely upset or at least confuse some fans, since the Spurs have an abundance of guards already in the roster, but in the context of the draft, it makes sense. A lot of big men came off the board earlier in the second round, leaving San Antonio with few options for a position of need. Meanwhile Jones, a high-character player with an improving shot, a defense-first mindset, and leadership skills was just there for the taking. This time, the Spurs seem to have gone for the safe choice.

Jones showed improvement as an offensive player in his sophomore season at Duke on two key areas. His three-point shooting percentage and volume climbed to a respectable 36 percent on almost four attempts a game, respectively, while he got to the line much more often. For a point guard known for his decision-making and passing ability, his development as a shooter and driving threat is fantastic sign that he could potentially not only get units into its sets, but play a complementary role as a secondary scorer and creator as well. With the Spurs having several guards who seem to thrive with the ball in their hands, those skills could be valuable.

On defense, Jones is very disruptive without taking too many risks. His decision-making and effort on that end are unquestionable, which is surely something that will endear him to the coaching staff. If there’s one archetype the Spurs seem to love in the draft, it’s the defensively-inclined guard, as demonstrated by the selections of Cory Joseph, Dejounte Murray and Derrick White. Like those guys, Jones doesn’t figure to be a great offensive threat initially but could carve out a place for himself in the league by playing with energy on defense, putting pressure on ball handlers and limiting his mistakes on the other end.

Will that be enough for a 6’3” point guard with a streaky outside shot and average athleticism to last in the league? It’s a valid question. Like his brother Tyus, Tre Jones’ ceiling seems to be backup point guard. A lot of teams in the league, including the Spurs, prefer to have scorers like Patty Mills in that role instead of caretakers who might play hard but could struggle to make a positive impact consistently due to their inability to do anything at a high level. The closest Jones has to an elite skill is his defense, but even if he can hound opponents, he might struggle to get minutes. We’ve seen one of the best defensive point guards in the league, Kris Dunn, fail to get a qualifying offer from the lowly Bulls because the rest of his game made him a liability.

Jones’ future with the Spurs and potentially in the league will be determined by how consistent he can be as a spot up shooter and pull up threat in the pick and roll. If he can play off the ball and punish opponents who go under picks when he runs the show, he could be a more than capable backup point guard. If he struggles to do much on offense, his defensive skills won’t likely be enough make up for it.

The Spurs made a safe, smart pick by going with Jones. He showed improvement in his second year in college and reportedly has the work ethic to reach his full potential, whatever it may be. They could have taken a chance on a center or a big forward, but with Mills entering the last year of his contract, getting someone who could emerge as a replacement after spending a year in Austin refining his game makes sense.

Now it will be on Jones to reward their trust and round out his offensive game to become yet another defensive-minded guard who turns into a legitimate NBA player after developing in the Spurs system.