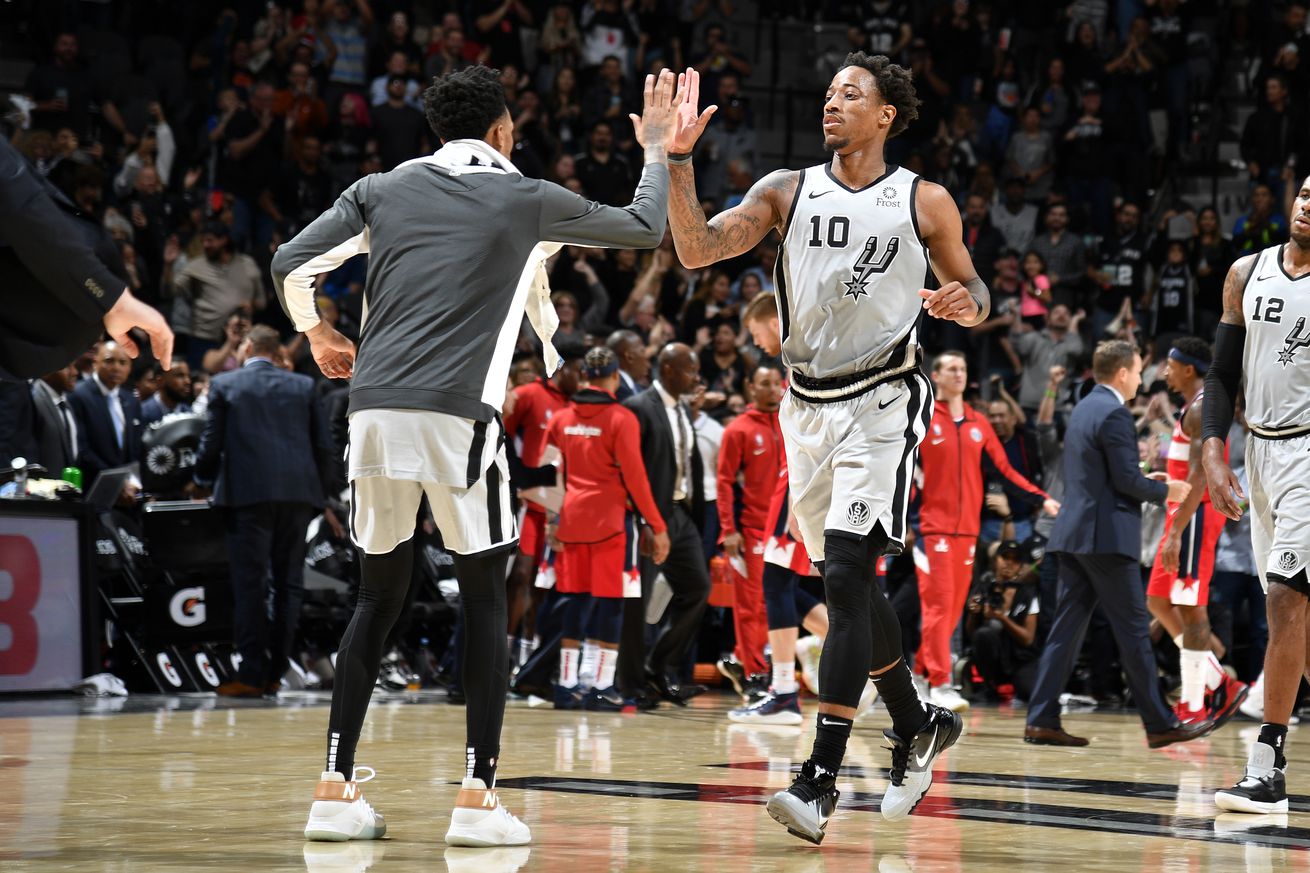 The defense still has a ways to go, but if this offense is any indication, watch out.

The Spurs’ 124-122 win over the Washington Wizards helped them open the season with two straight victories. While neither have been dominant, that has been more due to the defense not being up to par. However, at least on offense, they already appear to be clicking on a lot of cylinders.

While this season features mostly the same players as last season’s midrange-centric squad (and granted two games is not a huge sample size), there’s been something enjoyable about watching them perform so far. The return of Dejounte Murray likely has something to do with it. While he previously did not bring much to the table on offense, he has shown a vast improvement in his shooting stroke, as well as his ability to drive to the rim and finish through contact. His defensive skills also provide more plays in transition, which tend to produce more excitement.

Bryn Forbes continues to provide spectacular outside shooting. The bench plays with its own “Beautiful Game” flare and now has its own floor general in Derrick White. LaMarcus Aldridge has started the season off like last season never ended and appears ready to add the three-pointer to his arsenal, and after a bad first game, DeMar DeRozan came out and made it a point to drive to the basket and finish strong while he continues seeking his shooting stroke. The result was three hammer dunks and a beautiful game-winning lay-up.

In all the two stars combined for 53 points on the night: something that was pointed out as a key to success in the season preview. (Perhaps Murray should be added to the equation if his two stat-stuffing performances despite being under minutes restrictions are any indication.)

Picked up our second win of the season last night!

Finally, hopefully their 9-turnover performance was a sign that the other big negative from opening night (21 TOs) was just a case of the jitters. This Spurs still have plenty of work to do, particularly on defense, but if their performance on offense so far has been any indication, this will be a fun team to watch.