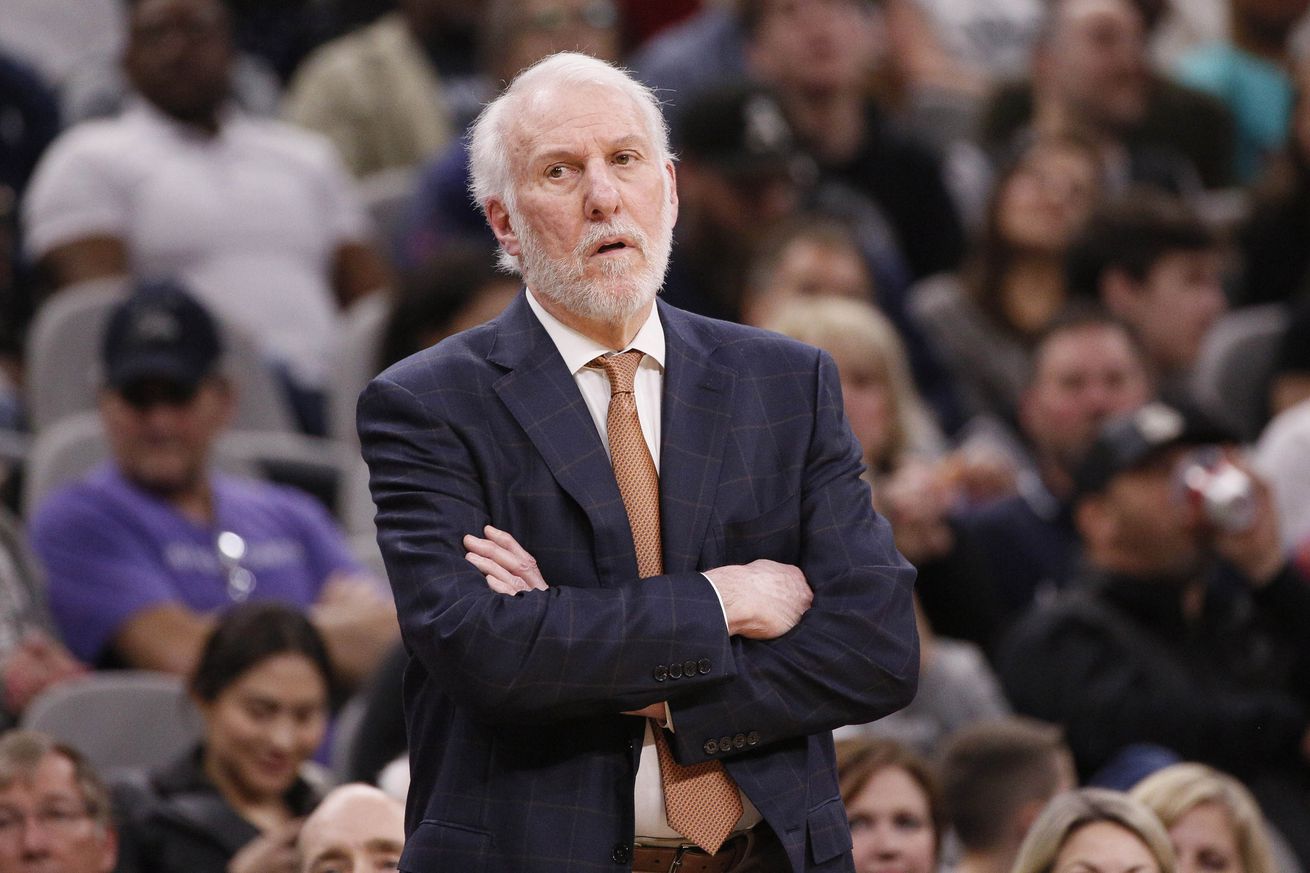 Having the best coach is valuable, but in the NBA it will never be as valuable as having a superstar.

If you follow some NBA Twitter people, you’ve probably seen a tweet that implied Brad Stevens was more valuable than any player, or at least comparable. To be fair, the Celtics coach is genuinely really good at his job, but that scorching hot take was widely mocked, and for good reason. No coach is as important as the actual stars.

The Spurs’ mediocrity this season is proof of that. Not even arguably the best to ever roam the sidelines can will a team to greatness on his own in the way a true superstar can. The lesson from this year is that as long as Gregg Popovich is the face of the franchise, San Antonio won’t be a contender. Don’t get me wrong: it does take great coaching for a team to win championships, but is there is only so much a person who is not actually on the court can do, even if that person is one of the greatest.

There are a handful in the profession that move the needle, and Pop is definitely one of them. Back at the halfway point of the season, it seemed like he was actually going to pull off the impossible and have a fundamentally flawed team outperform even optimistic projections. His tweaks to the defensive scheme allowed the team to become momentarily competent on that end. It took him a while, but he found the right lineups and rotations to really get the most out of his roster by relying more on Davis Bertans and Jakob Poeltl. His willingness to essentially install two offenses — one for the starters and one for the bench — allowed the Spurs to score more reliably than any team with a throwback attack should have been able to.

It didn’t last, as we now know. It’s not because Pop has stopped trying to elevate his team. He continues to coach his butt off, digging deep in his bag of tricks and coming up with zone defenses and tweaked rotations in hope of rediscovering the superlative level the team showed in December. It hasn’t been enough to keep the team winning consistently, which is not surprising considering the circumstances. A few months back everyone was healthy, playing at a high level and slowly developing chemistry, which along with Pop’s guidance helped mask issues. As soon as individual performances dipped and injuries returned, however minor, Pop simply couldn’t carry the Spurs to victories.

That’s just how things work in the NBA. True superstars are more valuable than in any other sport. They are not easily replaced, even by good coaching. They can have a direct effect on a game and on their teammates’ play. The equivalent of Pop would be a top five player in the league. Even with mediocre coaching, a player of that caliber on this roster replacing either LaMarcus Aldridge or DeMar DeRozan would almost surely get more wins than Extraneous G will muster with those two guys this season. That’s not a knock on Pop; on court talent will always win out. The Spurs don’t have enough of it to truly be an elite team, which is why they haven’t been despite having the best coach. It’s just how it is in a sport in which only five players per side are on the court at the same time, and one of them can carry an entire offense or anchor an entire defense.

Again, this is not about dismissing the fantastic job Pop has done this year or what coaches do in general. Between two evenly matched opponents, coaching can be the difference. The 2018/19 Spurs with any other skipper likely do worse than they are with Pop. Even stacked teams need guidance to reach their potential, and superstars have actually needed the right coach leading them to wins at the highest levels. The wrong coach can also hold a team back by not making the right calls on the court, creating a bad locker room environment or both. A prime example is the leap the Warriors took from playoff contender to unstoppable force once Mark Jackson was replaced with Steve Kerr (even before Kevin Durant hopped on the bandwagon).

Coaching still matters, and coaches are not interchangeable or easily replaced. They just play more of secondary role in a team’s success than the actual players. Their impact just isn’t comparable. The mythology surrounding Pop can sometimes obscure that fact. His undeniable brilliance has resulted in him being considered by many Spurs fans and even some outside observers to be an almost magical figure.

When San Antonio adds someone that has traditionally been bad on defense, concerns are sometimes brushed aside because Pop will fix everything. If some pieces don’t fit, Pop will somehow find a way to seamlessly integrate them. If someone has been in the league for 10 years and still can’t shoot, Chip Engelland — an extension of Pop — will succeed where every other developmental coach has failed. The expectation is that the coaching staff, with Pop leading it, will pave over any cracks in the foundation of the roster no matter how big, in a similar way that having a superstar like Tim Duncan would.

In past years, the Spurs’ success allowed us to believe that. This year, the spell is broken, revealing that Pop is just a great coach, but even he can’t have the same on-court impact that Duncan did. He’s trying his best to make his team as good as it can be, but his impact is limited. That doesn’t means that the game has passed him by as some would suggest. He’s just as good as he was two seasons ago, when the Spurs reached the conference finals. The difference is the circumstances have simply changed beyond a point in which his excellence alone can guarantee a similar result. He just doesn’t have the talent on this roster that he’s had in years past.

That being said, given similar tools, Pop has and likely will continue to have more success than any other coach in the league. The Spurs are lucky to have him and should hold on to him for as long as he wants to stick around. He might even take this roster to the playoffs, even if the way he gets them there isn’t pretty. If he does, he’ll get just as much praise as Aldridge and DeRozan for the accomplishment, and he will largely deserve it.

However, if the organization wants to return to contending for championships, it’ll need to give Pop the caliber of player that can overshadow him and a deep roster that will make his tweaks seem complementary instead of essential because no coach — not even the GOAT — can be the true foundation of a great team. Even Pop would agree with that.