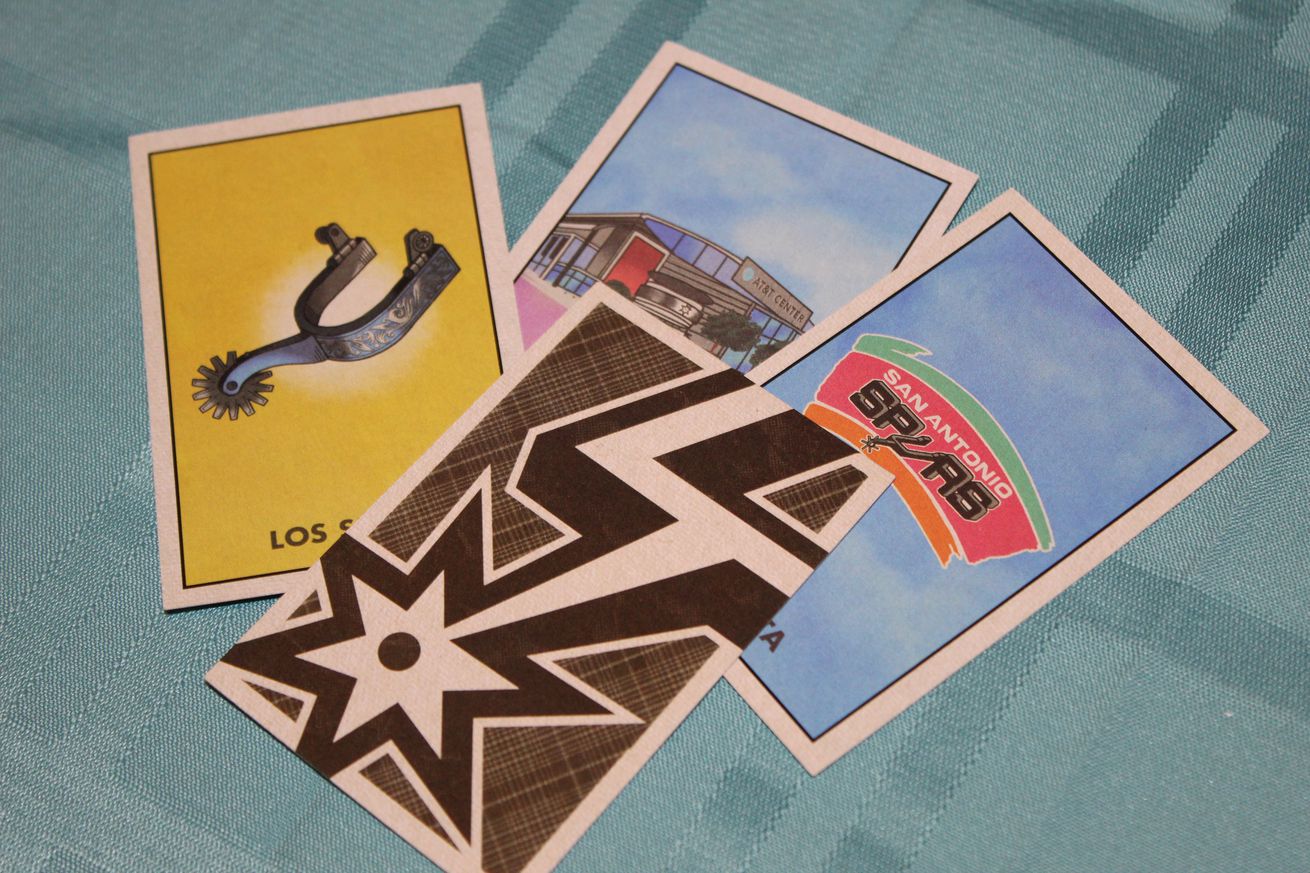 The top of the deck

With these loteria cards from Hispanic Heritage Night, the Spurs have scored with the community.

I’ve never really won a prize of any significance, but at the San Antonio Spurs game versus the Washington Wizards, I felt like I won the lottery, err loteria. From the day the Spurs schedule came out in the beautiful loteria style, I, like others on this site (I’m looking at you, Jeph), have obsessed over it. When our own Jeph Duarte announced the list of season exclusive giveaways, I had the October 26 game circled.

I made it my mission to make that game the first game of the season I would attend. Although my main reason was the loteria cards, an exciting game broke out at the arena. Who wudda thunk?

As soon as we entered the arena, we were gifted with the cards. And they were exactly as amazing as I had hoped.

The colors and style are truly a tribute to the classic Hispanic loteria game. Some cards are reminiscent of the actual game, and some are beautifully unique.

Each player also has his own jersey card.

And the Spurs organization didn’t forget the Coyote or the fan familia.

All together, these cards are a treasure, a piece of art I plan to display as soon as I can figure out how to do it. I just wish I could have gotten another box to play loteria this Navidad with my familia, sipping a cup of Abulita hot chocolate and eating some buñuelos.