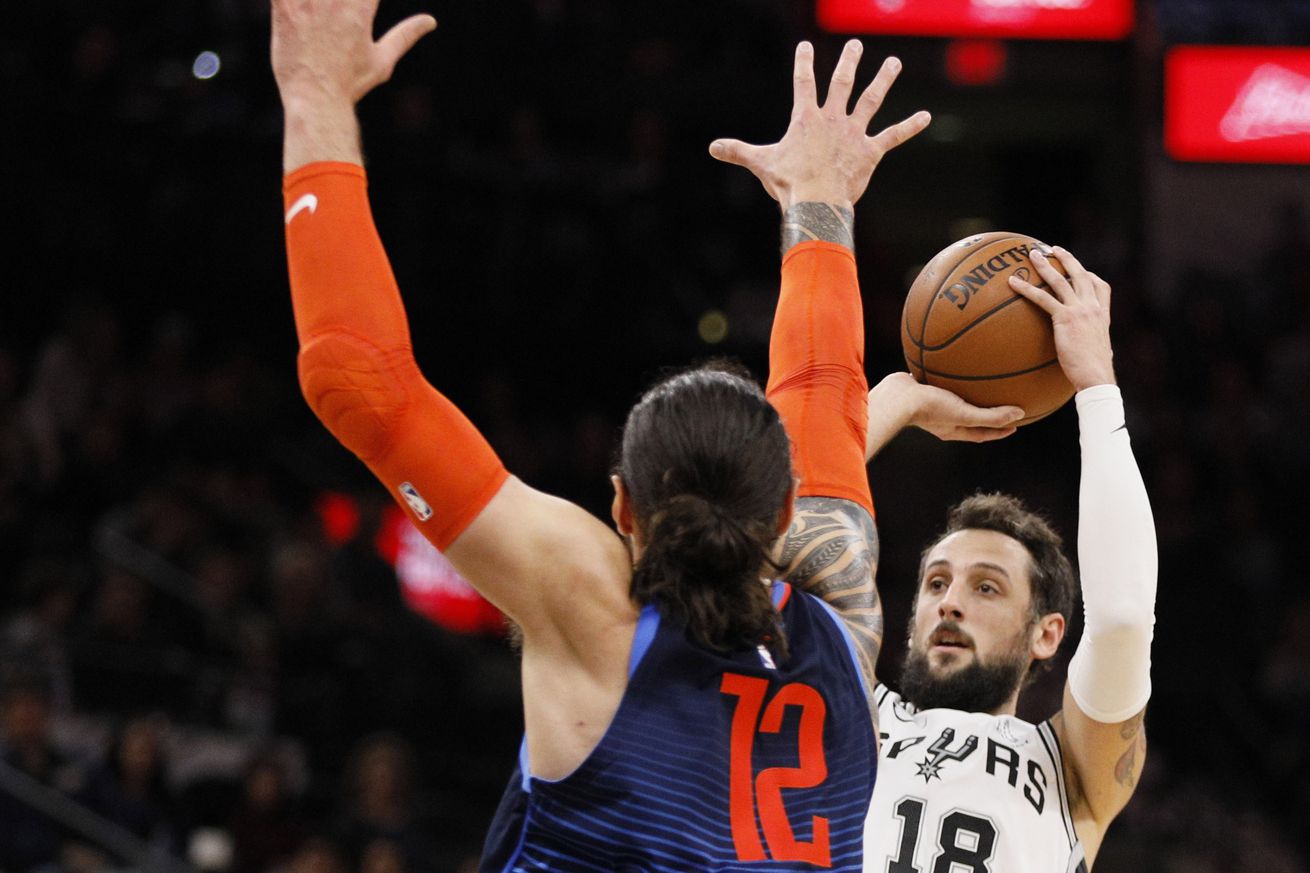 The Spurs are red-hot tonight!

Belinelli hit 5-5, including three straight off steals in a 90-second span late in the first quarter, along with two from Patty Mills, three from Davis Bertans.

Squad went 10/10 from DEEP in the first half. #GoSpursGo pic.twitter.com/MEgnOct412

Bryn Forbes hit his first three three-point attempts to start the second half, followed by another for Bertans before Derrick White had the first miss of the night.

& it ends at 14!@spurs start @NBAonTNT action 14/14 behind the arc! #GoSpursGo pic.twitter.com/DFpPSJBN1C

According to Elias, this is the most threes a team has opened the game hitting in 20 years. The previous record of 12 belonged to none other than the last season’s Thunder.