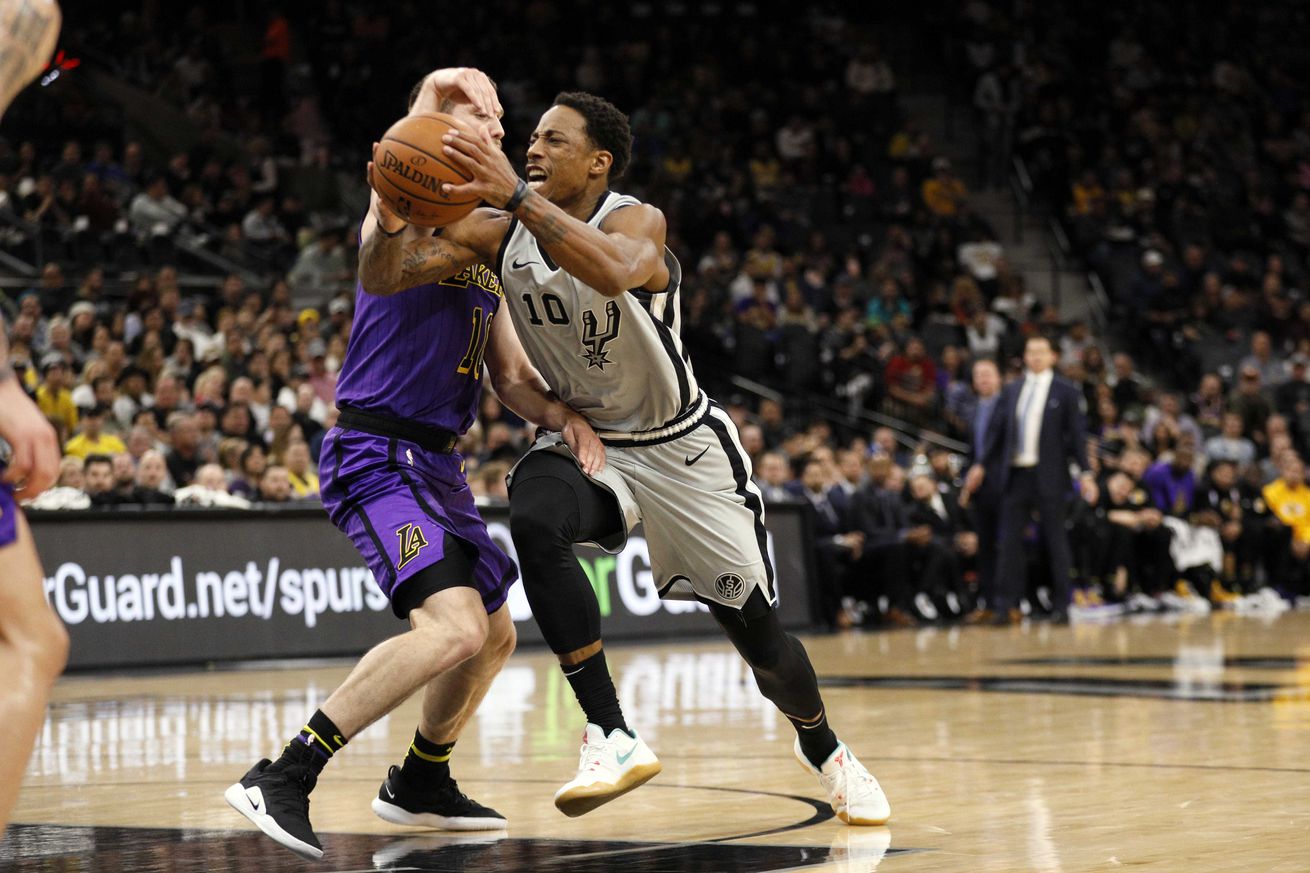 Something about these Lakers games brings out the best of the Spurs.

Another Spurs — Lakers game, another classic with many milestones set. We did this after the Spurs’ overtime classic win against LeBron James & Co. back in October, and we’re doing it again tonight thanks to the always reliable Jordan Howenstine.

Let’s start with DeMar DeRozan, who had himself another ho-hum 36-point night, but this one means more in large part because scoring 30+ points in all four match-ups against the Lakers put him in some pretty elite company.

DeMar DeRozan scored 30+ points in all four games against the Lakers this season – first player to do it four times against LA in a season since Moses Malone in 1981-82.

DeMar DeRozan is the first player to score 30+ points in every game of a season against the Lakers since Bob McAdoo in 1973-74 (min. 4).

Next, Marco Belinelli. He’s not having his best season shooting the ball so far, but he was red hot in the first half last night, hitting some big shots to keep the Spurs in it every time the Lakers threatened to pull away. As a result:

Marco Belinelli is the only player in NBA history to hit 50+ three-pointers for NINE different teams.

Belinelli has now spent the most time in his career with the Spurs, logging his 3,924th minute playing for San Antonio, passing his 3,923 in New Orleans.

Belinelli is a journeyman for a reason, but he’s always been beloved wherever he went, and he’ll always have a special place with the Spurs due to his role on the 2014 championship team.

Davis Bertans also finds himself in some nice company after hot night from three.

Only two Spurs in history to hit more in their first 170 games: Gary Neal & Danny Green.

I know we keep saying this after every win, but hopefully this game is a turning point for this team. As mentioned multiple times, they have enough talent to be a playoff team when they put in a consistent effort, don’t hang their heads when things start going south, and play together as a team (eight players scoring in double figures is a good start). The players themselves seem like they may have figured at least some stuff out last night, because as our own Bruno Passos noted:

Cheers can be heard from outside the locker room, and with good reason

With six-straight home games against manageable competition, now is the time for the Spurs to turn things around. If they post a winning record on this homestand, they’ll come back out on the right side of .500, and things will be looking up.