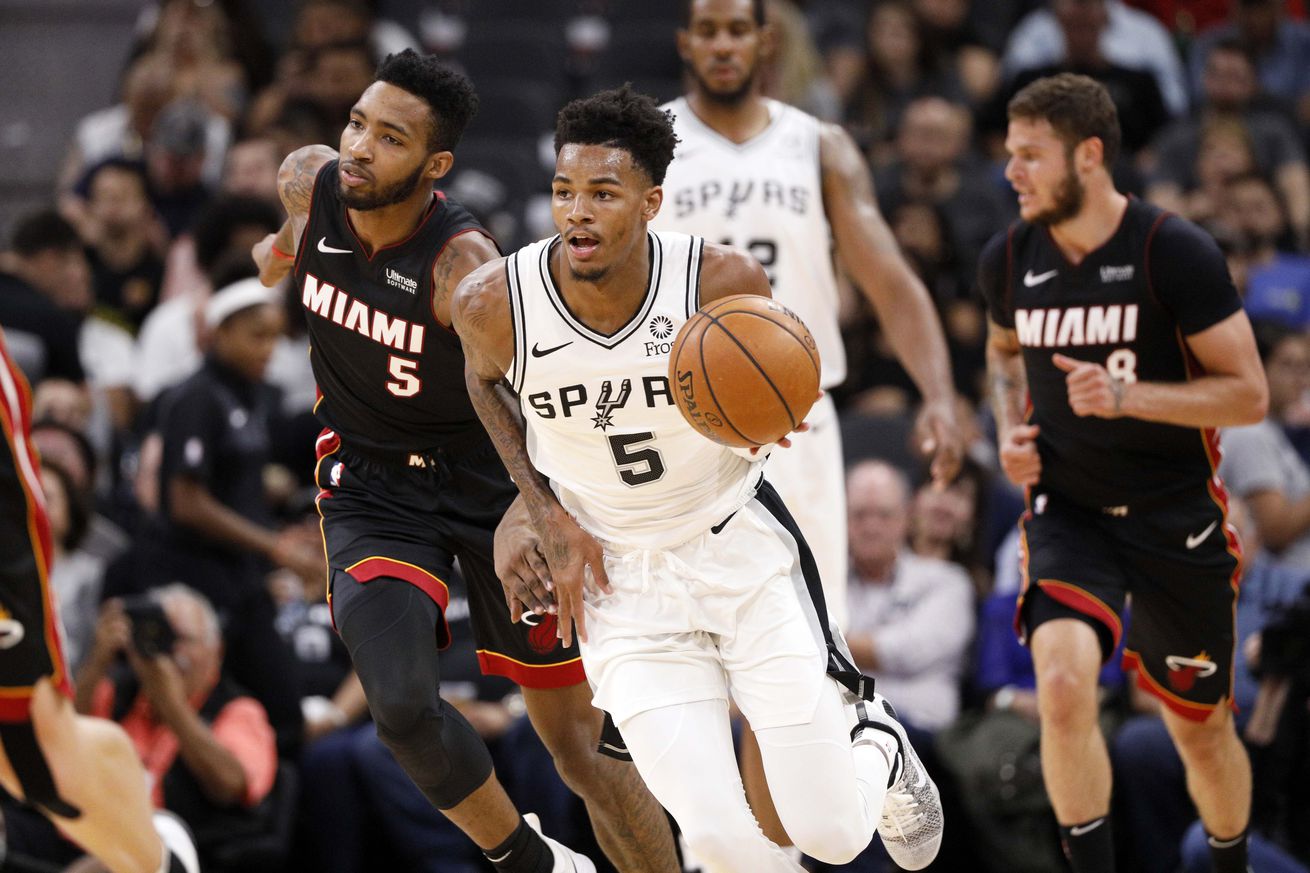 The Spurs have until Oct. 21 to offer contract extensions, or these youngsters will become RFAs next summer.

A key date is coming up for the Spurs if they wish to utilize it. With the NBA schedule officially announced, 5:00 PM CT on October 21 is the deadline that has been set for all first round picks from the 2016 draft to sign their rookie scale contract extensions. This includes both Dejounte Murray and Jakob Poeltl. Both had the fourth-year team options on their rookie deals exercised last summer, so any extension would kick in beginning with the 2020-21 season.

Simply put, the Rookie Scale Extension allows a team to add anywhere from one to four years to the player’s existing contract at any value from the player’s minimum up to 25% of the salary cap (estimate to be about $29 mil in 2020-21) with up to 8% raises or decreases for any given season (calculated off the first year salary).

(Of note: neither Murray or Poeltl meet the requirements for the Designated Rookie extension, which only applies to players who either were voted to start in two All-Star Games, named to an All-NBA Team twice at any level, or has won an MVP. This would allow a fifth year to be tacked on, and their max would be worth 30% of the salary cap.)

The minimum amounts the Spurs can offer Murray and Poeltl for the 2020-21 season are $3.4 million and $5 million, respectively. (In case anyone is wondering, the minimum values are based on their rookie-scale contracts, which is directly impacted by where players were drafted. Poeltl was selected 9th by the Raptors, and Murray was drafted at 29th, hence the discrepancy.)

If they do not sign contract extensions this summer, Murray and Poeltl will become restricted free agents next summer. If that happens, the Spurs would have 72 hours to match or exceed any offer that comes their way. PATFO could always take this route and let the market decide their value, but it’s risky business if they truly see either of these players as part of their future. Either could have a breakout season and see their value skyrocket from what it would be now, or someone could always come in and present an offer the Spurs can’t or shouldn’t match. It was a risk they took with Kyle Anderson, and he ended up with the Grizzlies.

That being said, the Spurs are in a unique situation with these two players that makes it a little harder to gauge their value. They have only had one year to get to know Poeltl after he came over in the Nephew trade, and he was up-and-down at the start of the season before finding a permanent spot in the rotation after Pau Gasol was injured and eventually waived. Poeltl has proven to be a good defender and finisher around the rim, and while he lacks shooting range, overall he’s a solid center in today’s perimeter-oriented NBA. It shouldn’t be too hard for the Spurs to come to a reasonable agreement with him, assuming he’s willing to negotiate.

Murray is a little more interesting. For now, his future value is mostly based on potential. While he became the youngest player to make the All-NBA Defense team in just his second season, he never got a chance to show off his reportedly improved offensive game after a torn ACL forced him to miss the entire 2018-19 season. If the level of his offense can come anywhere near his defensive game, he could be a star. However, that’s a big “if” at this point, so it will be interesting to see how his extension talks are approached. Perhaps a shorter deal to give him more time to prove himself without the risk of losing him next summer would be something to consider.

What do you think, Pounders? Should the Spurs try to lock up Murray and/or Poeltl now, or risk it and let the market decide their value next summer? Feel free to discuss in the comments below.

The Spurs have decisions to make with Dejounte Murray and Jakob Poeltl
Source: Pounding The Rock