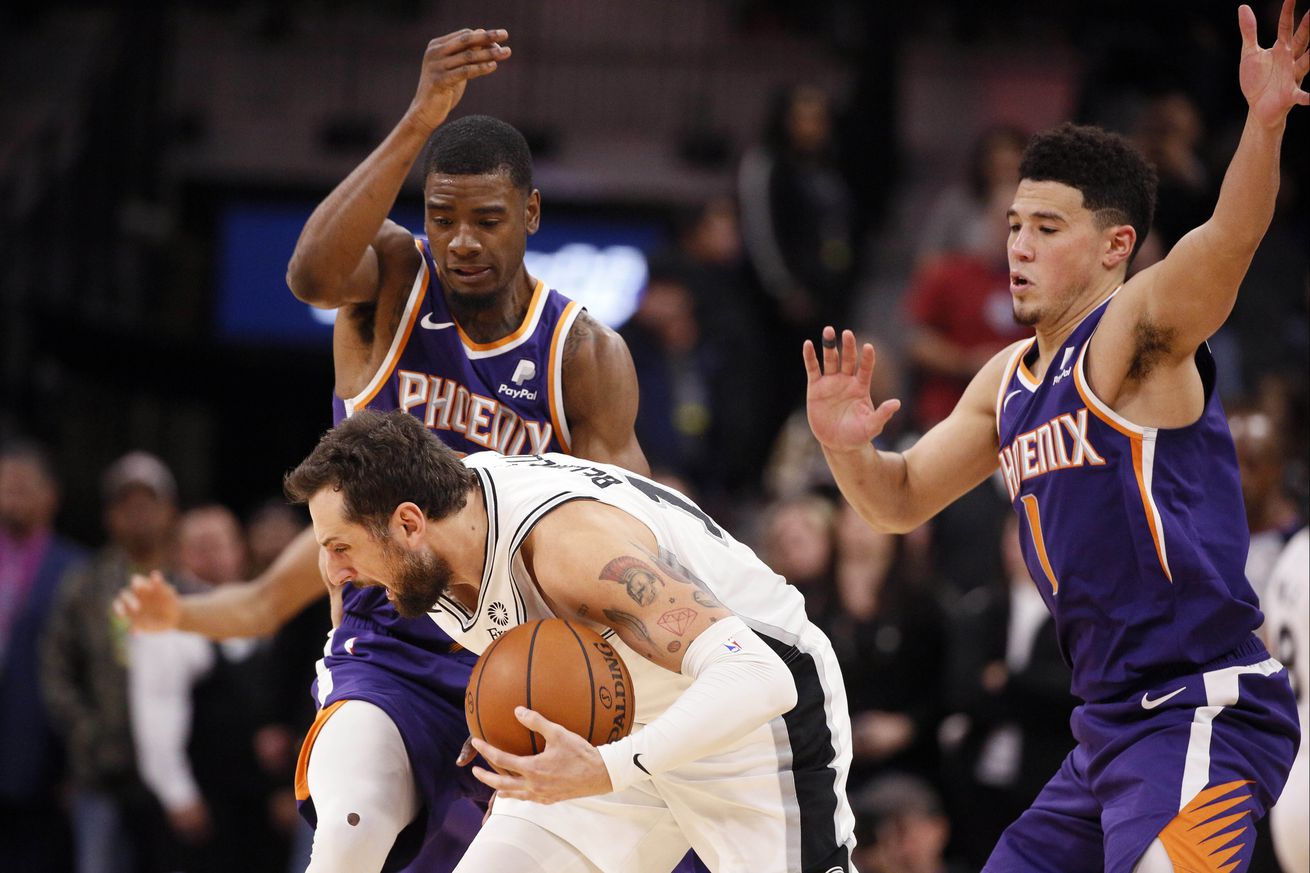 The Spurs may need to rethink their inbounding strategies with the game on the line.

The Spurs may not have been trying to give away Tuesday night’s game against the Suns, but it certainly felt that way. Despite building a double digit lead late in the 3rd quarter, they were never able to string together enough stops to put the game away and found themselves up just 2 with 24.9 seconds left on the clock.

According to Inpredictable, the Spurs’ win probability in that moment was 90.9%. All they needed to do was successfully inbound the ball from the frontcourt and hold on to it long enough to get fouled. Of course, this isn’t the first time the Spurs have been in that situation this year, but for some reason, they dialed up an inbounds play that failed miserably the last time they used it.

After Josh Jackson’s dunk, the Spurs’ win probability dropped by 29.1%. It was a very important misstep, and if not ofr for Rudy Gay’s heroics, would have sent the game to overtime.

Failing the same way twice is less than ideal, but it doesn’t necessarily mean the play is flawed or Marco Belinelli shouldn’t be the one with the ball in that situation. But it might, so let’s take a look.

The setups are similar, but not identical.

Against the Thunder, Marco was in the far corner and Derrick White was closer to the 3 point line on the left wing.

Against the Suns, Marco was just on the far end of the free throw line, and Davis Bertans, who took Derrick’s role in this play, is between LaMarcus Aldridge and Patty Mills.

Davis runs into the backcourt while Patty turns to set a screen for Marco back towards the inbounder. LaMarcus sets a 2nd screen for Marco, freeing him up to receive the ball. In both cases, this part of the play worked just fine, although in both cases it also left Marco very close to the half court line and a potential violation.

But with the ball securely in his hands, it should be difficult for the defenders to pry it out without committing a foul. Unfortunately, Marco helps them out each time. Against the Thunder, he dribbled, exposing the ball to Paul George. Against the Suns, he lifted it up over his head, likely looking to pass, but had it tipped out of his hands.

There’s another interesting difference as well. Derrick stayed in the backcourt and was able to foul George and force him to make the free throws. Davis sprinted back into the frontcourt, leaving nobody to protect the basket once the Suns got the ball.

Of course, the Spurs still won both of these games in the end, but it looks like they may need to rethink how they approach these sideline out of bounds opportunities. Marco is a sensible choice. He’s a good free throw shooter with a low turnover rate. But that doesn’t seem to translate well in these situations.

When he’s available, DeMar DeRozan will be a much better option. It also might be worth a shot to bring Pau Gasol in to inbound the ball on these plays. He’s one of, if not the best passer on the team, and his height will make it easier for him to make the pass.

Whatever they do, the team needs to find a reliable solution for these plays. They’ve managed to get away with it so far, but giving away points this easily in one-possession games will certainly come back to bite them at some point.