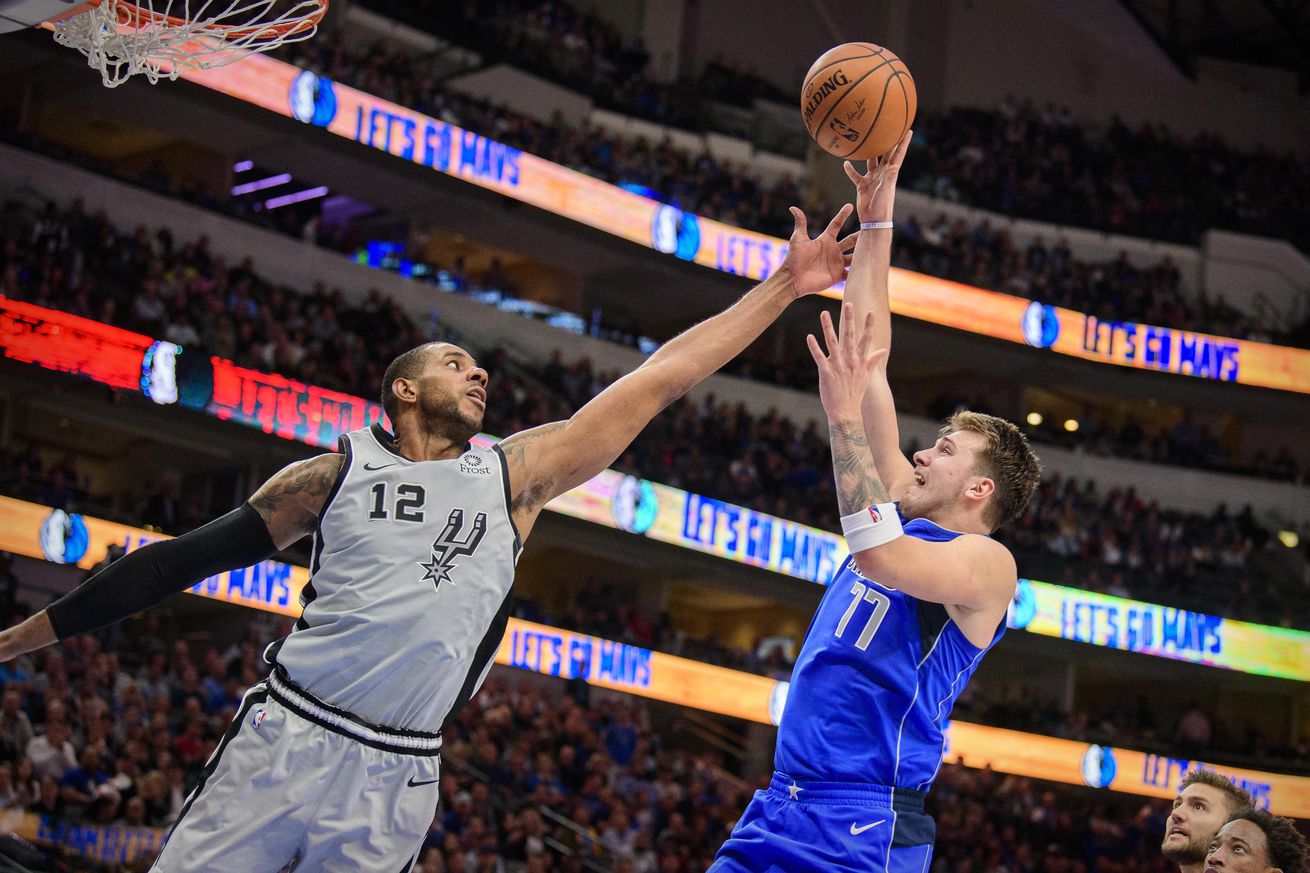 DeRozan shines, but the Spurs fall into another hole too large to crawl out of.

There’s been a lot of talk lately about the San Antonio Spurs finding new ways to lose basketball games. Against the Dallas Mavericks, the Spurs found themselves down five with just over a minute to go. Coming out of a timeout Patty Mills turned the ball over before the Spurs could run their play. With 26 seconds to go, the Spurs found themselves still down five and coming out of another timeout when Rudy Gay was called for a five second inbound violation. On the following possession, the Spurs basically let Luka Doncic dribble out the clock rather than fouling to extend the game.

In a vacuum this could definitely be considered finding a new way to lose a game, but the reality is that the Spurs are losing games quite the same way every time. The starting lineup creates a large deficit early and the Spurs spend the rest of the game fighting back just to make the game competitive. To their credit, the Spurs have done a great job erasing these early deficits, but it’s clear the energy expended in doing so has hurt them down the stretch of these close games. When both the mind and body are fatigued, it can lead to the types of poor decision making and mental lapses we’ve seen during this losing streak. We’ve also seen bad calls and bad luck go against the Spurs late in games, but again, the Spurs are putting themselves in this position with their poor play early in games.

In the end it was another Spurs game and another failed comeback. The Spurs waste a season best (perhaps even career best in a Spurs’ uniform) performance from DeMar DeRozan. They have now lost six straight games and have three more games to go on this four game road trip.

I find myself asking the same questions each time I sit down to watch a Spurs game. Does Coach Pop believe in continuity so much that he’s willing to grin and bear the Spurs’ starting lineup spotting the opposition a double digit lead every game? Is Pop just stubborn or does he truly believe there’s no other combination of players on the roster that could be more competitive to start games? Is there a lottery bound player in next year’s draft that Pop sees as the future cornerstone to another Spurs dynasty and he is simply tanking without the appearance of tanking? Is Marco Belinelli ever going to make a shot again? Why am I talking to myself so much?

As for the Mavericks, they took some risks over the past couple seasons that may end up paying dividends in the long run. They gave up some major draft capital to move up in the draft to acquire Doncic and it already looks like a no-brainer. The kid is special. He’s a walking mismatch on the court and his step back three is almost unguardable when combined with his ability to get to the rim. I was quite surprised to hear that he is only shooting 30 percent from deep this season. I guess it makes sense given that the majority of his three point attempts are from well behind the line and aren’t coming from open spot up possessions.

The Mavericks took another huge risk trading for Kristaps Porzingis given his injury history and the cost of resigning him with little-to-no evidence of how he was going to play after coming off injury. Sometimes these risks don’t work out and can set franchises back years, but these moves appear to be working out better than they could have hoped. I understand the Mavericks haven’t won anything yet, but their stock is rising.

The point I’m trying to make is that I feel the Spurs need to do something to move the needle in one direction or another. When a team is building around a young core, fighting to make the playoffs is a worthy endeavor, even if winning a championship is unrealistic. Allowing a young team to gain playoff experience can only help the team moving forward.

For a team like the Spurs who are still reliant upon their aging vets, swimming around in mediocrity is not a good place to be. I understand that mediocrity might be a compliment to the Spurs given their recent play, but I think by season’s end the Spurs will find a way to get back into the playoff race. I’m just not sure that’s the what’s best for the team longterm. There’s a large enough sample size to know that neither DeRozan or Aldridge can lead a team to a championship, so what’s the end goal?