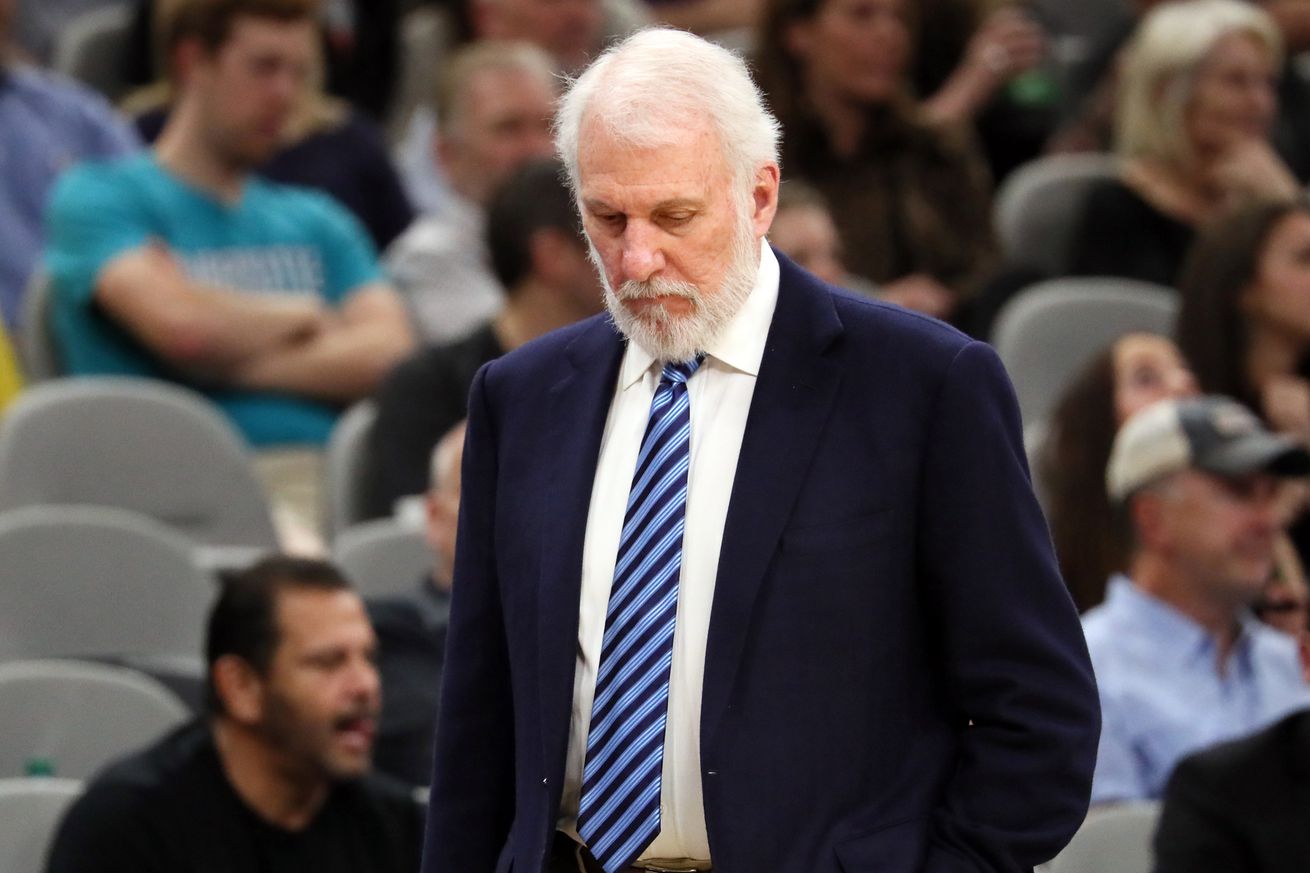 The trade that netted San Antonio DeMar DeRozan assured them of relevance but might prevent them from true contention.

The Kawhi Leonard saga has mercifully ended and DeMar DeRozan is now a Spur. With his addition, San Antonio should remain in the playoff hunt, securing the Spurs’ run of relevance for the foreseeable future.

Yet it’s hard to get too excited about this new iteration. Its ceiling appears relatively low and it might already have an expiration date. The Spurs might be stuck being good-but-not-great, with no recourse to upgrade their roster.

The play to stay relevant cost San Antonio cap flexibility. They could have had room to add a max deal in the summer of 2019 had they not taken back a ton of long term money in DeMar DeRozan. Even with Gay off the books and Gasol’s non-guaranteed contract, they will fall significantly short of max room. They will have two draft picks they could attach to Patty Mills’ and Gasol’s contracts to try to shed them, but doing so would deplete the coffers right as the team is preparing to get younger. It would also need to be done before the draft, before the Spurs could get an assurance from a star that they are in fact signing.

The Spurs are not a free agent hotspot, so it’s understandable for them to prioritize getting a quality player instead of preserving cap space. There’s a case to be made that teams create cap room in the hopes of landing someone like DeRozan, although considering his salary and his struggles in the postseason, it’s not as easy to make as some would like to pretend. There simply was an opportunity cost to the Spurs’ decision. They got their guy, but in doing so they made it exponentially harder to land a better star in free agency or to put better talent around him. DeRozan is their guy now, for better or for worse, and this is the team’s core for the next two years.

In all likelihood, the Spurs will make an upgrade next summer, but will carry a similar roster into the 2019/20 season. After the 2019/20 season, the Spurs could regain a lot of flexibility, but only at the expense of their core. The last year of LaMarcus Aldridge’ contract is only partially guaranteed, which means he could be waived and only $7 million would count against the Spurs’ cap. DeRozan has a player option that he’s likely to turn down. He’ll have the requisite 10 years of experience to be eligible for the highest tier of max contracts and at age 31, he’ll likely want to secure one last big long term contract as soon as he’s able. In short, the clock is ticking for the Aldridge-DeRozan pairing.

With the Spurs not likely to make a serious addition to this roster via free agency, they’ll have to be aggressive in the trade market. Unfortunately, they currently lack the type of pieces necessary to swing a trade for another star. There is no severely underpaid role player on a multi-year deal; no young player with unquestionable star potential; no unprotected extra draft pick that could potentially land in the top five. Not even the Spurs’ own stars carry as much value as others, as Aldridge is near the end of his prime and DeRozan is a throwback that has struggled to deliver as a first option. A lot of teams could beat any package the Spurs could reasonably offer for any disgruntled star.

The lack of trade assets is what makes it easy to question the decision to reject deals centered around draft picks. Even if using those extra selections to rebuild wasn’t an option, they could have come in handy in transactions. First-rounders have a lot of trade value, as they result in multi-year cost-controlled contracts for young players. They also carry no monetary value on trades, which means they can be easily tacked on to offers in a way that players under contract can’t. The Spurs secured a top 30 player but doing so hurt their chances of getting a top 10 player via trade. If, say, Anthony Davis suddenly becomes available, the Spurs would have had a better chance of landing him with a treasure trove of picks than they do with DeRozan in tow.

If the only valid goal is to build a championship-level roster, this move has made it harder for the Spurs. It’s hard to argue the opposite and necessary to adjust the expectations for this iteration accordingly. Fortunately, not all is lost. The Spurs have done a terrific job of keeping all their future first rounders under their control and they have received a heavily protected extra one from the Raptors. The coffers are not bare. There might not be great value contracts on the roster, but there are also not terrible ones. The Spurs might not have the assets or the flexibility to land a top talent, but neither did Toronto. Unforeseen circumstances could still help San Antonio land a superstar.

A safer bet for improvement might be internal development. If Dejounte Murray improves his shot and his playmaking instincts, he could singlehandedly raise the team’s ceiling. Poeltl, Derrick White and Lonnie Walker could all become rotation players. Davis Bertans seems poised to become a reliable two-way force. A team-wide improvement from beyond the three-point line alone could put the Spurs in the mix for homecourt advantage in the first round. Then there’s DeRozan. Most 29-year-olds are finished products, but he’s found a way to evolve year to year, becoming a better playmaker and a foul magnet. Last season he started taking three-pointer. Maybe this season he starts making them.

The Spurs’ immediate future doesn’t appear to be as bright as it would have been with Leonard. Their flexibility is severely reduced compared to how great it could have been had they decided to target draft picks instead of an expensive star in a trade. No matter how anyone wants to spin it, San Antonio has taken a step backwards after The Summer of Kawhi.

Fortunately, that doesn’t mean they’re in a terrible position. The Spurs won’t likely contend for the next couple of years, not with this core. But they should be relevant. It appears that was the thinking behind the DeRozan acquisition and it’s certainly valid. The front office was willing to sacrifice some potential opportunities for greatness to make it happen.

Considering how precarious their position was at the start of the summer, it’s hard to call DeRozan and 45+ wins a bad result, even for those of us who wished they had gone another way.