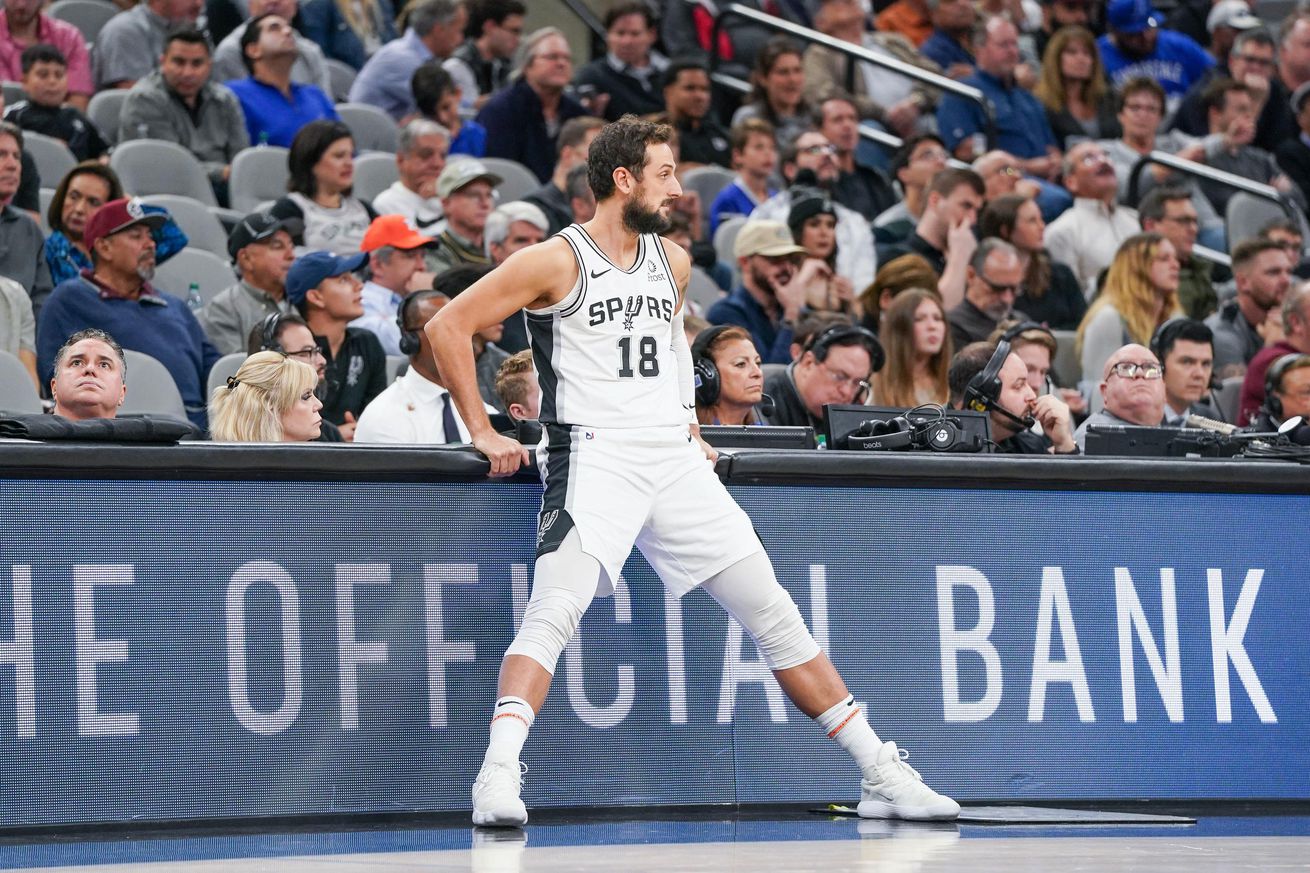 The Spurs were one of the few potential West playoff teams that didn’t make a move before the deadline. The PtR staff discusses whether that was the right decision.

While other playoff hopefuls like the Grizzlies and Trail Blazers made trades before the deadline, the Spurs stood pat. Was it the right decision? Do you think there was a realistic way to improve the roster that San Antonio should have pursued?

Marilyn Dubinski: With the lack of interest in the players the Spurs wanted to trade, and at the rate this season is being carpet-bombed by the Rodeo Road Trip, it’s hard to know if there really was a move to be made that would have improved them enough to surge into the playoffs during these final two months. From what was being reported, the player teams actually wanted was Jakob Poeltl, but rightfully the Spurs had a high asking price for him, and even then he could only return so much considering he’s on a rookie contract. Sans receiving any young, star-studded offers for someone like DeMar DeRozan (who frankly is the one keeping the Spurs afloat at this point), there didn’t appear to be a move that would instantly solve a good chunk of their problems. At this point, I’m prepared to live or die by this group, and then evaluate where to go this summer.

Mark Barrington: Houston did something interesting, they decided to be the first team in the league to eschew the idea that you need a center to contend for a championship. This is an idea that will either be hailed as genius within a few years as two teams without anyone over 6’7” contend for the championship, or as foolish as they don’t advance past the second round because one tall guy can post them to death and eliminate their ability to score in the paint.

Pretty much everyone else made lateral moves talent-wise, with the point of most of the trades seeming to be about fit and salary cap flexibility. The Spurs would probably have benefited from shedding Demarre Carroll’s salary, since Pop isn’t going to play him, but other than that they didn’t have a whole lot of realistic moves available to them. The Spurs system isn’t one where a player can plug in 2/3rds of the way through the season and do well, so they weren’t going to get immediate help from any of the available players. There was the possibility of letting go of either Aldridge or DeRozan, but neither one is an attractive trade target, since Aldridge is still good, but declining, and DeRozan can exercise a player option this summer, and could leave after less than a season. Both players are on large enough contracts to make salary matching a challenge.

So was it the right decision? I’m not sure that there was much deciding to do. While the Spurs did make players available, they only would have let them leave if they received very good offers, and none were made. I think the real decisions will come this summer, when the team decides on DeRozan’s future. I hope he stays because I really like the guy — he’s a good player and a great teammate — but the team needs another star to compete, so if he’s re-signed the terms need to be favorable enough to leave cap space to sign a free agent. Maybe not this summer, but possibly the next.

Bruno Passos: This is a hard one to have a real answer on without knowing the offers out there, which we don’t, and which direction exactly the team prefers to head in, which we can still assume is to make the playoffs. That said, reports from ESPN were that the team had all options on the table, from cleaning house with DeRozan, Aldridge, and Gay, to making win-now improvements. Given the volatility through the week and that nearly 2⁄3 of the league made a pre-deadline move, we can assume the Spurs just weren’t as aggressive in pursuing a deal. And that’s fine for now — but they’re going to have to pursue a more radical approach to reshaping this team soon.

Jesus Gomez: I think there probably were ways to improve the roster, but the cost was likely too high. I’m not sure trading a first round pick for an upgrade at power forward would have been worth it, since the Spurs might not make the playoffs even with someone better than Trey Lyles and the 2019/20 version of Rudy Gay manning that spot. Getting a bigger bench shooter would have made sense, but there were not a lot of those available. Beyond that, it was not realistic to expect a Spurs team that clearly doesn’t have a defined identity yet to make a big move.

It is, however, a little disappointing that they didn’t cut bait with DeMarre Carroll. Maybe there’s hope he can still find a way into the rotation next season or maybe the cost of unloading him was too great, but I would have been happy with packaging his contract and a second rounder for a big man on a similarly bad contract in order to bring some more balance to the roster. I guess we’ll have to wait until the off-season to see how the Spurs correct the mistakes they made recently and truly attempt to reshape their team.

J.R. Wilco: I think one of the worst things teams to in the middle of the season is second-guess themselves and panic — leading to reaching to make a deal that the franchise and fans come to regret for years to come. The Spurs avoided making that mistake,

But that’s all they did. They didn’t get better and they didn’t take a chance. They didn’t make it easier for us to understand what their long-term goals are, or whether they even have any that are set in stone. From the rumors that everything was on the table (trading for the future or trading for the present), it seems that there isn’t much that the team is fully committed to doing, and that’s a bit unsettling in view of the way the season has gone so far.

I’d just love to know what the team is working toward. Does PATFO think this core is just a tweak or two away from contending, or was this roster assembled in order to have the winning-est environment available for the youngsters to develop in? I’m sure there are other possible explanations, but those are my top two — and any sign from the powers that be as to where this whole thing is going would be much appreciated by a fanbase that’s currently starved for wins and information. We’re used to being without one of the two, but going without both might be too much to ask.