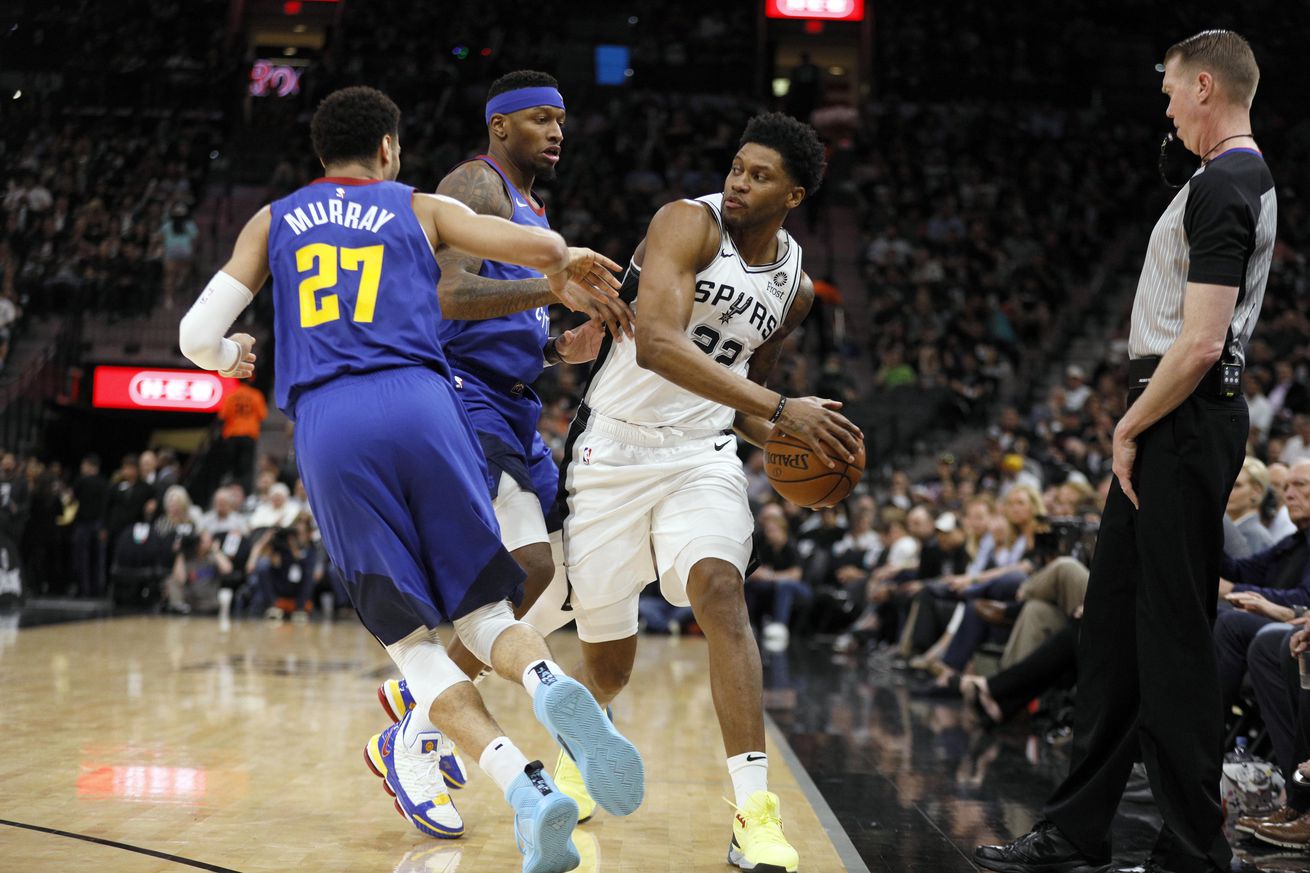 The starters are doing their job, now it’s time for the bench to do theirs.

Strong, reliable benches have always been a staple of successful Spurs teams. Their purpose was not only to build upon leads that the starters had created, but also to bring energy off the bench and provide a spark if needed. For the better part of this season, the second unit consisting mostly of Patty Mills, Marco Belinelli, Davis Bertans and sometimes Rudy Gay (who started 51 games this season but is coming off the bench in this series) have done a decent enough job at that, averaging 37.7 points per game (13th in the NBA, 4th among playoff teams, per hoopstats.com).

The playoffs have been a different story. So far, the Spurs bench has been out-performed by the Nuggets in each game, with those four players in particular combining to average a mere 24.5 points on 36.1% per game: a whopping 13.2 points below the main second unit’s regular-season production. In fact, of the four games between those four players so far, it’s arguable Gay’s 14-point performance on 6-9 shooting in their Game 1 win is the only one that can be considered “good,” at least from an offensive standpoint.

Every game of this series has generally followed a similar trend: the starters come out of the gates strong. Then the bench comes in, and the Nuggets go on a run to get close or regain the lead again, and whether or not the starers respond has usually decided the outcome. In Games 1 and 3, the starters did respond (and in spectacular fashion in Game 3, it must be noted).

In Games 2 and 4, the Nuggets went nuclear on the Spurs in the second half after recovering from double-digit deficits — mostly against that bench unit that has been stagnant on offense, which they cannot afford due to their defensive deficiencies — enough so in Game 4 that Pop never even bothered putting LaMarcus Aldridge back in the game in the fourth quarter despite having 24 points in 9 rebounds in three quarters of work and being by far their best player on the night.

Other than that letdown 4th quarter in Game 2 and a poor showing coming out of halftime in Game 4, the starters have done their job in this series. Derrick White has been fantastic, although he came back to earth tonight as the Nuggets defense honed in on him, and Aldridge and DeMar DeRozan have been what they’ve needed to be for the Spurs: steady, reliable, and finding the right spots to attack while also letting the hot hand (usually White) do his work.

Jakob Poeltl has played solid defense, attacked the offensive boards, and pick-and-rolled his way to some buckets against the horizontally-challenged Nikola Jokic. Bryn Forbes has shown no fear in his first meaningful playoff minutes, letting it fly from three and playing with a level of intensity that his bench counterparts are lacking.

That being said, the reality is this starting unit has never been one that has blown teams out on their own, making the bench’s production that much more important. Although teams generally expect less from second units in the playoffs, that Spurs are not a group that can typically afford that luxury.

The starters are doing their jobs in this series; now it’s time for the bench to step up. The Spurs definitely have what it takes to win this series, but if the bench doesn’t do its job, it will continue to require players like White exceeding expectations to advance to the next round. Even if the Spurs do manage to advance, these types of bench performances will prevent them from doing much damage in the next round. Now is the time to show they have what it takes.

The Spurs bench has to be better if they want to advance in the playoffs
Source: Pounding The Rock