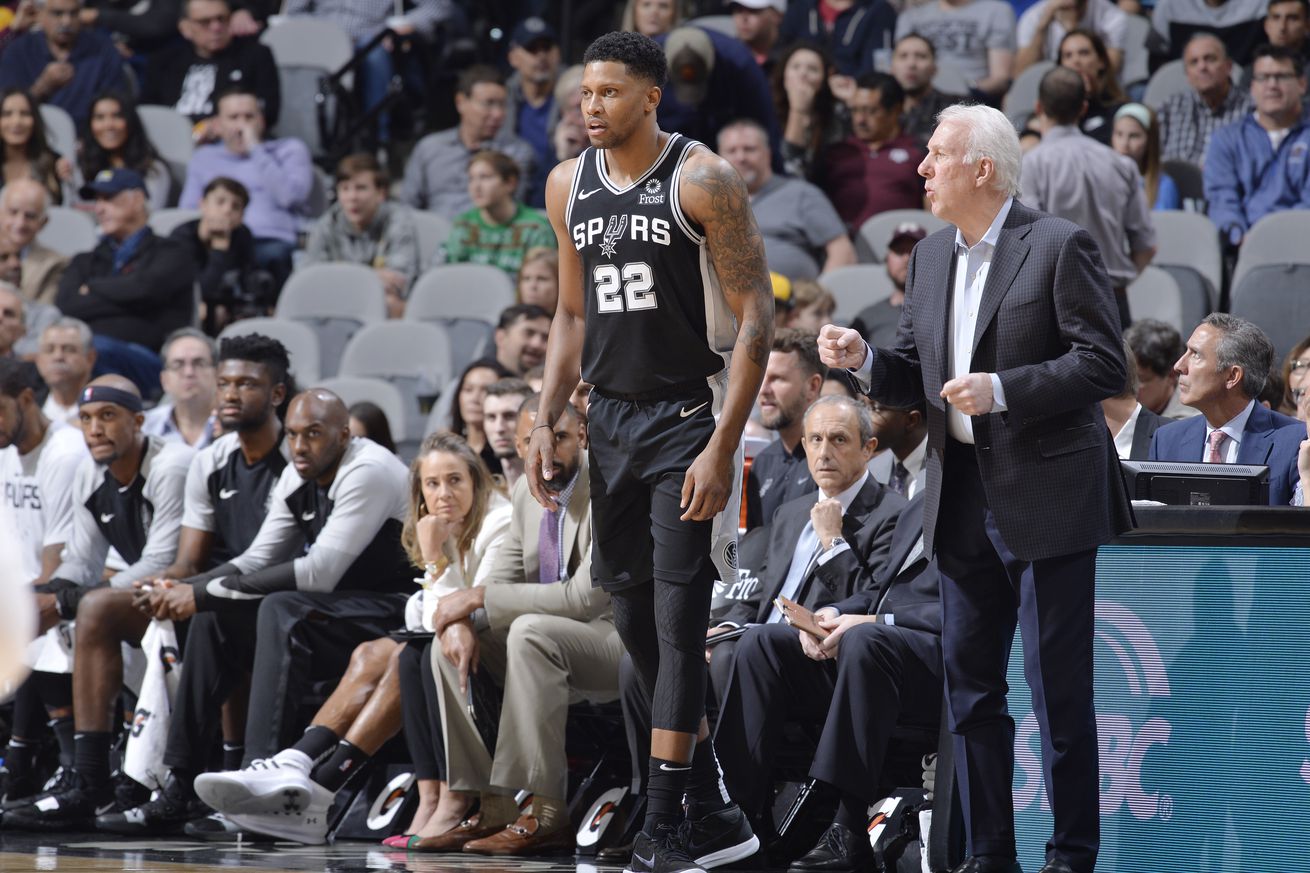 What would the Spurs look like today, if not for one particularly hot run in the middle of last season?

The start to the Spurs’ season has been far from ideal, if not downright shocking, given the foundation that was seemingly in place over last season’s 48-win campaign that ended with a Game 7 loss to the 2nd seeded Nuggets.

The 2018-19 season was solidified by a single stretch (that lastled roughly a month), during which the Spurs were the titans of the NBA, going 13-3 on the back of a league-best net rating of 15.1. Without that stretch, the Spurs were 35-31 — still enough to eke into the playoffs due to the late-season flame-out of the 9th seeded Kings, among other teams, but the overall picture isn’t as rosy.

Without those 16 games, the team’s net rating was -1.6, which is equivalent to a 36 or 37 win squad over an 82-game season. Considering an alternate timeline leads to a few interesting questions: Where would the team be today if it had won less than 40 games and missed the playoffs? Would PATFO have run it back this season with a similar squad? Would Lonnie Walker IV still be fighting for minutes, or would he have already gotten those at the tail end of last season at expense of someone like Marco Belinelli?

Now, every team has its ups and downs over a season, and it’s selective to pick which part(s) of that season were their “real” version. But given where the Spurs are now, how they went into the last off-season, and how they’ve constructed lineups and rotations (and who they’ve left out of them), it’s worth wondering whether the first section of the 2019-20 season was forged by an outlier moon, one year ago.

It makes sense for the Spurs, sitting at 7-14, to try and best approximate what that December 2018 group did, in its philosophy and who shared the floor together, and create a similar turnaround as last season. After beating the Clippers on Friday while starting, for the first time, the same starting five that anchored that 13-3 run, it could be that Gregg Popovich is trying to do that.

Bruno Passo and I talk about that, plus a few other bits of intrigue, in episode #46 of the Superfluous Poppycock podcast.

(Catch every episode by clicking “Subscribe” in the player below and choosing iTunes, Stitcher or Spotify.)